The consensus style of government can work 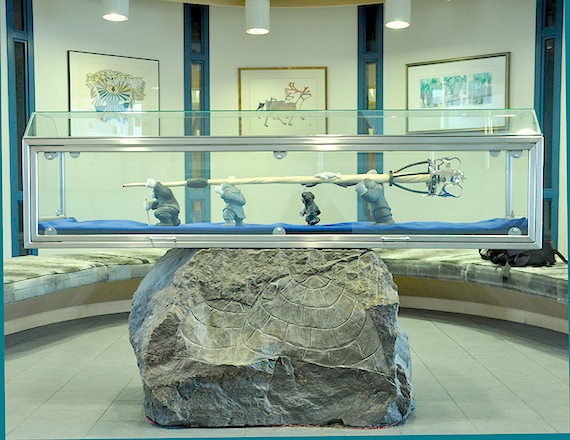 Can Nunavut’s consensus style of government be made to work?

The Nunavut legislative assembly uses a consensus style of governance. It was created because that was thought to be how Inuit governed themselves.

The biggest flaw in this style of governance is the inability to form a strong team.

The consensus style of government can work if the regular MLAs form a coalition and strategize better. They need better strategies to make the ministers accountable by not giving up with an issue.

It’s true they are elected as Independents. It’s very easy in this style of government to be a lone ranger and get credit for your name being in the media more than others. But the credit is for your own selfish gain as a politician and not for the territory’s needs.

There is a need for a regular caucus meeting to happen right at the beginning of the new government to decide what each person wants for their ridings. They need to coordinate those issues and come up with a plan to get them done during the life of the government.

When the minister repeatedly gets the same questions in the House about the same issue, the deputy and the staff have no choice but to make something happen or fix a problem.

If the minister has good staff that can think outside the box, they will get something done.

The Inuit politicians give up too easily after one or two questions. Most Nunavut politicians need to get more aggressive, to get any government to move. Keep the issue alive until something is moved within the department.

The regular members can strategize and make the minister “feel the pain” to get something done. Northern media also has a part in this.

For a good example: Alex Sammurtok, for most of the life of the last legislative assembly, kept hammering away about elders and an elder care facility. The other members never came on board with him to hammer and keep hammering, even though they too have elders who need this care very much.

Housing? Who was the champion of that?

Mental health? Who was the champion of that?

Too often, regular members just have their own little world and fight for their own little issues. If they could coordinate and strategize a plan before they go to the legislative assembly, there wouldn’t be so much of this “thank you for that question.”

Minority governments can work very well. This forces the ruling party to listen and bend sometimes to make sure they are kept alive as a government.

The consensus style of government is a minority government. The regular MLAs have the power to make changes if they can form a coalition.

The Inuit mind-set is our biggest hindrance to maturity in politics, such as thinking a person in politics is being attacked as an individual and feeling sorry for that person in a public office.

When we put ourselves out to run in a political office, we become public property. Too many “Inuit” politicians use this “pity me” attitude for elders and others to keep their position as an elected official. There has been too much of that from our politicians.

The biggest flaw of any politician is not being able to strategize and plan on how to get it done.

It’s the best kind of “hockey” game. You can get things done faster if you can strategize and move as a team.

The last few Nunavut governments have lost the vision of Nunavut when it was first being formed. Inuit wanted Nunavut for a better government, but this Nunavut government over the years no longer has the Inuit spirit living in it.

We need political leaders who can read the political environment and also know how to work it so that Nunavut can be what it was meant to be.