The first in our city council byelection profile series 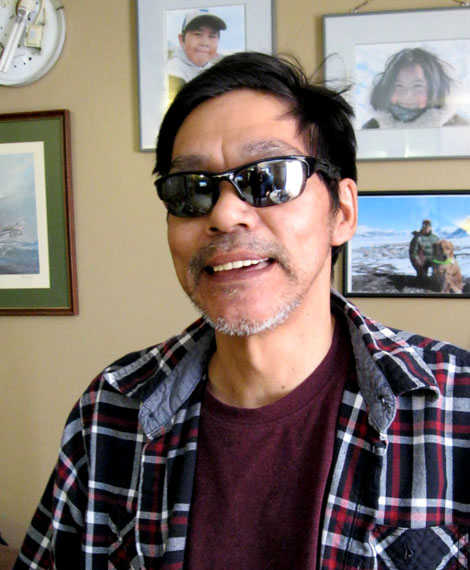 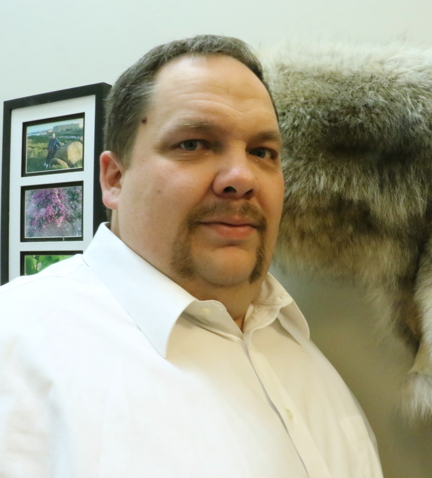 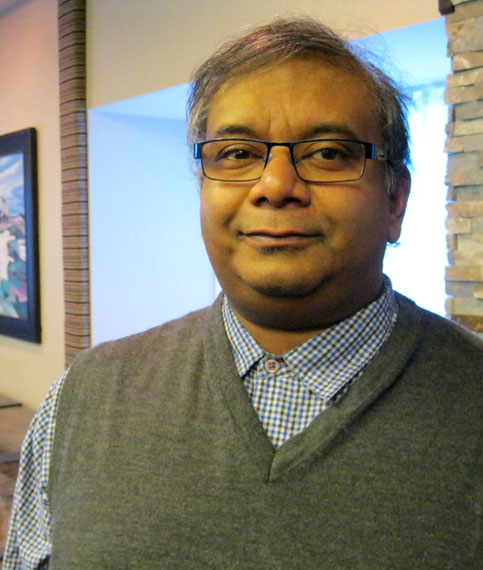 Iqaluit’s municipal by-election to fill two vacant seats on city council, set for April 10, has drawn a diverse crop of candidates with different views on how to tackle the Nunavut capital’s looming challenges, starting with the city’s deficit.

The two winning candidates will join a city council in the middle of its mandate, but they will face critical decisions on the city’s outdated infrastructure, spending practices and future growth.

Nunatsiaq News reached out to the candidates and asked them what they hope to accomplish if elected April 10 as well as their thoughts on infrastructure spending versus deficit reduction, and housing development.

In the first instalment of candidate profiles, we feature Dushyenth Ganesan, Stephen Leyden and Noah Papatsie. You can return Monday when we feature the three other council candidates: Kyle Sheppard, Sutheat Tim, and Jean-Luc Nevin.

First-time candidate Dushyenth Ganesan, 50, said he believes reducing the city’s debt and keeping the city’s budget in check is a “major priority.”

Money raised from property taxes cannot pay for all the city’s growing infrastructure needs and debts at the same time, so the city “needs to look at a strategy to secure funds externally,” Ganesan said.

“Whether it’s from the federal government, territorial government, or other sources,” such as the private sector, “the deficit has to be reduced regardless,” he said.

“I think there’s enough government funds available. It’s a matter of figuring out how to acquire them.”

Ganesan also said the city should look at public-private partnerships for new infrastructure and development projects.

The possible development of Peregrine’s diamond project northeast of the city and the new deep sea port bring improvements to the city’s roads and other infrastructure, with the help of added investment from government and the private sector, he said.

“When all these things happen, we need to look at ways to retain revenue in the city—that we’re not depending on external contractors to come and work there, extract the benefit and go back.”

Ganesan believes housing shortages in the city could be reduced by creating more opportunities for private developers.

He pointed to the development of lots on Federal Road by the Qikiqtaaluk Corp. as an example.

What council needs most from its next two new councillors are results, not words of criticism that aren’t backed by action, Ganesan said.

“There needs to be more mechanisms for councillors to work and be able to provide collaborative, productive advice and oversight to city administration. And I’m not sure if that’s in place now,” he said.

“I don’t think the platform of a councillor should be used as a sort of soap-box, where when an issue comes up, you broadcast an opinion and all. It should be more focused on detailed work.

“There should be an expectation of results,” he said. “Because at the end of the day, it’s a public service, there is some payment involved and there should be some accountability on what councillors are trying to achieve, and how they achieve it.”

A manager with the Nunavut Business Credit Corp., Ganesan, a resident of Nunavut for nearly 17 years, lives in the city with his wife and son.

Also a first-time candidate for city council, Leyden, 40, said the city should focus on maintaining and upgrading the city’s existing infrastructure, and opening up more opportunities for the private sector in all aspects of the city’s development.

The city can overcome its financial difficulties by taking on models of development more typical in southern cities, where developers buy entire lots and tracts of land and take responsibility for the construction and maintenance of some pieces of infrastructure usually run by the city—such as water and sewer lines.

The developer would build infrastructure “at a level that the city approves and inspects, and then he [the developer] puts it on the house price,” Leyden said.

A senior technologist for satellite operator Telesat, Leyden is also president of the non-profit Iqaluit Community Greenhouse Society. He has called Iqaluit home since 2004, living in the city with his wife and son.

The lifelong Iqalungmiut also ran unsuccessfully for mayor in 2012 and 2015.

Papatsie said he favours the creation of a fund to pay off the city’s estimated $7.8 million debt.

“Any member of the public can chip in, not just homeowners and businesses,” until the debt is paid off, he said.

Creation of the fund would free up the city’s finances to focus on investment in infrastructure and housing, and eliminate the need to cut city employees and services, Papatsie said.

The former councillor singles out a particularly large expense—the Aquatic Centre, which opened in January, as being the main source of the city’s financial woes. The city is still on the hook for most of the $40.5 million it cost to build the pool, he said, and it will take more long-term planning to pay the facility off.

Papatsie said council needs to keep a strong voice for Inuktitut-speaking residents who are born and raised in the community, as he was.

“I also may have a little bit of experience on council,” he said. “Maybe I can bring a more positive voice for the future.”

Papatsie is president of the Nunavummi Disabilities Makinnasauqtiit Society. Papatsie lost his vision in a work-related accident during his former career as a producer with the Inuit Broadcasting Corp., and, since then, he has worked in various capacities to advance the rights of Nunavummiut with physical and mental disabilities. He and his wife have three children.

You can read the second instalment of our candidate profiles here.