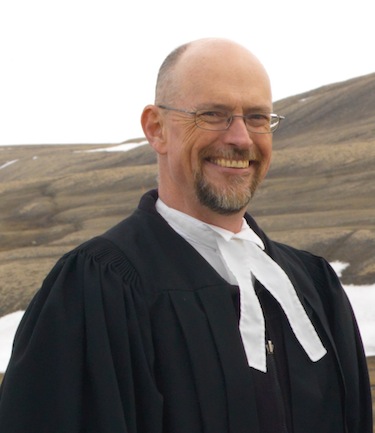 The best case scenario for Nunavut, if the C-10 crime bill moves ahead into law, is to tackle the root causes of crime in Nunavut, says Nunavut lawyer Peter Harte, seen here against the background of Cambridge Bay’s Mt. Pelly. (PHOTO COURTESY OF P.HARTE)

If passed, Bill C-10, also known as the Safe Streets and Communities Act, will not address the underlying causes of crime in Nunavut, such as alcohol and drug abuse and overcrowded housing, he said.

This means Nunavut should create more local treatment programs to reduce substance abuse, which lies behind 90 per cent of the crimes committed in the territory.

“Developing in offenders the ability to control the substance abuse problems that lead to conflict with the law would be a way better, more progressive way to deal with the crime rate in Nunavut,” he said.

Bill C-10 is “knee-jerk response that reflects the mentality that getting tough on crime is going to make a difference,” Harte maintains.

But the measures contained in this legislation won’t work in Nunavut unless Nunavut acts to stop crime before it starts, Harte said.

“It would be a great opportunity for Nunavut to come to grips with the relationship between alcohol and offending behaviour,” he said.

Bill C-10 comprises nine individual justice bills, many of which were introduced in the previous parliamentary session but which the Tory government could not push through because of its minority status.

Now, this tough-on-crime bill looks certain to pass before Christmas and the end of the current Parliamentary session.

Conditional sentences are sentences that offenders serve out in their communities in a form of house arrest.

They usually include such conditions as curfews, a prohibition on alcohol consumption, counselling and regular check-ins with police.

Ending conditional sentences for some of these offences is a bad idea, because statistics show people who receive these sentences are less likely to re-offend, Harte said.

Because Bill C-10 creates mandatory minimum jail sentences for a variety of criminal offences, judges would no longer be able to consider the circumstances that have led to a crime before imposing a sentence.

“It won’t allow judges to make the decisions they’re paid to make, and it does not take into account the work judges do on a daily basis,” he said. “If offenders deserve to go to jail, judges send them to jail.”

If Bill C-10 passes, it would also override previous jurisprudence like the Gladue decision.

That 1999 Supreme Court decision said differences in culture, language and socio-economic opportunities can create “unique” circumstances for aboriginal people, and, in some cases, these may mean that alternative or shorter sentences are more appropriate than jail.

Stiffer minimum sentences under Bill C-10 may even lead to fewer convictions in jury trials.

Historically, when capital punishment was common, juries often chose to acquit rather than see an accused face the death penalty, Harte said.

Severe deterrents are moreover “meaningless” because they won’t keep intoxicated people from committing crimes, he said.

Deterrents require that people “weigh and balance alternatives,” which people can’t do when they’re drunk or high, Harte said.

Protecting victims has also been touted as one of the Bill C-10’s strengths.

In a recent interview with APTN television, Nunavut MP Leona Aglukkaq said that a woman who once worked for her would still be alive if her abusive spouse had been kept in jail.

But Harte said he’s not sure that, in Nunavut, many victims of break-and-enters necessarily want to see the accused, who may be a relative, go to jail.

And, according to his roughly eight years of experience as a lawyer in Nunavut, victims of domestic violence often don’t want to see their violent spouses sent away.

“So– [the] bare fact of standing up for victims is problematic. It’s a simple answer, an answer that unfortunately has some political appeal,” Harte said.