Tourists invited to glimpse Franklin wrecks this summer in Nunavut 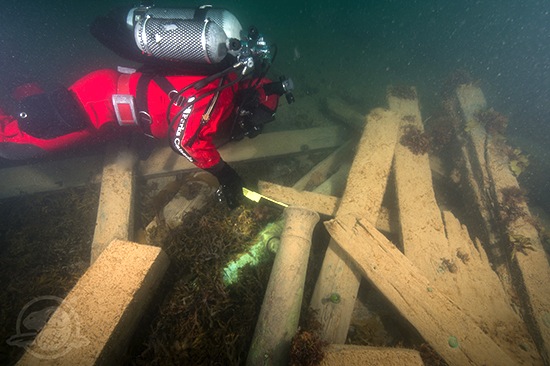 If you’re a thrill seeker with thousands of dollars burning a hole through your pocket and a wild desire to visit a shipwreck from Sir John Franklin’s doomed expedition, you’re now in luck.

An Ontario-based tour company—in partnership with Parks Canada and the Interim Franklin Advisory Committee—announced one of its cruise ships will stop at the site of the sunken HMS Erebus during its “Out of the Northwest Passage” voyage, scheduled for this coming summer.

According to Adventure Canada’s travel itinerary, the voyage will consist of a two-week trip from Kugluktuk, Nunavut, to Kangerlussuaq, Greenland.

During the trip, passengers “may have a chance” to snorkel over the shallow waters of the Erebus wreck, marking the first time tourists will get a glimpse of the ship since it was discovered in 2014.

Parks Canada will also offer live footage of the Erebus by means of a remote submersible vehicle, or ROV, for those who remain on the ship, one of two lost in the ill-fated Franklin Expedition of 1845-46.

But a berth on the company’s 198-passenger cruise ship, the Ocean Endeavour, won’t come cheap.

The location of Erebus, in Queen Maud Gulf near the Adelaide Peninsula, has never been publicly disclosed by Parks Canada, to protect it from looting.

“It’s also a great way for visitors to learn more about Inuit history and culture and the significant contributions of Inuit knowledge to the story of the lost Franklin Expedition,” Catherine McKenna, the minister of environment and climate change, said in a Parks Canada news release, Jan. 20.

“I hope to see more partnerships like this which will support northern communities through employment opportunities and community development, and showcase the wonders of the Canadian North.”

“It was a recommendation that came out of that committee that allowed Parks Canada to do that with [Adventure Canada],” the Kitikmeot Inuit Association’s director of planning and communication, Fred Pedersen, told Nunatsiaq News by phone from Cambridge Bay, Jan. 23.

The Parks Canada news release says “local Inuit guides” will work on the cruise ship during the Northwest Passage cruise to help provide an Inuit perspective on the Franklin discoveries and other Arctic attractions.

The Ocean Endeavour will also make a scheduled stop in Gjoa Haven the day after the ship visits the Erebus shipwreck site.

Pederson chairs the interim committee, which is scheduled to meet again in Yellowknife Jan. 24 and Jan. 25 for talks on a future Gjoa Haven heritage facility capable of housing Franklin relics and research.

“[We wanted to] start getting the interest there for other companies to start planning tours that benefit Gjoa Haven and increase tourism opportunities related to the two Franklin ships,” Pedersen said.

The next step in negotiations, following the September 2016 discovery of the HMS Terror—also near Gjoa Haven—will be to negotiate an Inuit impact and benefit agreement with the federal government.

Pedersen said talks between the KIA and its federal counterparts are “moving along quite well.”

“We were hoping for the IIBA to be finalized by March 2017, but it may not be until the beginning of summer,” he said.

Once the IIBA is finalized, the committee will be able to invest the $16.9 million already committed by the federal government for Franklin-related infrastructure in Gjoa Haven.

“We’re looking at doing an expansion in that facility to house Franklin artifacts and Northwest Passage history,” he said.

“The Nattilik Heritage Centre [could] possibly run both centres and expand their role in the community.”