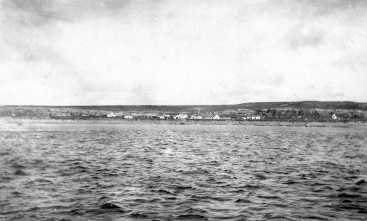 A 1921 view of the Fort Chimo trading post across the river from current-day Kuujjuaq, one of the first trading posts established in the region. Researchers have now linked the origins of tuberculosis to traders that set up in the region in the early 20th century. (PHOTO COURTESY OF THE MCCORD MUSEUM) 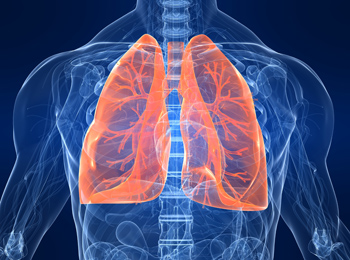 Tuberculosis, an infectious disease which affects the lungs, continues to impact Nunavik communities. New research links the origins of the TB strain to trading posts set up in the region in the early 20th century. (IMAGE COURTESY OF MCGILL)

Researchers at McGill University believe they’ve been able to track the first outbreaks of tuberculosis among Nunavik Inuit, which link the infectious disease to trading posts set up in the region in the early 20th century.

Their findings suggest that TB strains found in current-day Nunavik communities originated from traders sometime in the 1910s or 1920s.

Dr. Marcel Behr, a microbiologist and professor of medicine at the Montreal university, has studied TB strains in the region since the early 1990s.

In more recent years, Behr and his McGill colleagues looked at the bacteria from 163 cases of TB, gathered in Nunavik in the past 20 years.

“We found that, of them, 153 of them were very closely-related, so closely related that we could estimate that they shared a single bacterial ancestor around 1919,” Behr said.

“By doing genetic analysis, we have the most logical answer, which is that it seems to have come from the early 20th century, and probably from Europe or the south.”

Behr’s work does not uncover which part of the region the infectious disease originated in — that would be for historians to uncover, he said.

Université de Montréal research suggests the earliest trading posts, set up by the Hudson’s Bay Co., arrived in the region’s southernmost communities, such as Kuujjuaraapik, Kuujjuaq and Kangiqsualujjuaq, in the first half of the 19th century.

In 1830, for example, a Hudson’s Bay post was set up in Fort Chimo, just outside what is known as Kuujjuaq today. It became a popular hub for Inuit, Montagnais and Naskapi to exchange furs.

Another crop of posts would have been established along both coasts in the early 1900s.

A hundred years later, Nunavimmiut still struggle with the infectious disease at a rate 50 times higher than the Canadian average.

The high TB rates in Nunavik have been linked to overcrowded housing, poor diet, poverty and high rates of smoking.

The most recent outbreak of the disease, which usually affects the lungs, was reported in Salluit and Kuujjuaq in 2013, following an outbreak in Kangiqsualujjuaq the previous year.

But what’s significant in Behr’s research is that he’s determined that the strain of TB found in Nunavik over the last century is not a particularly powerful, or hyper virulent one.

“Whenever there’s an outbreak of an infectious disease, we’re always concerned if it’s very virulent or drug-resistant,” he said. “But we could see no trace of that.

“So we can continue to use the antibiotics we’re using, we just need to do that better.”

That means providing the health sector with the tools and support it needs to treat TB as it happens, he added.

In Nunavik, for example, TB diagnoses used to take days, even weeks, as lab samples were flown from Puvirnituq to Ottawa or Winnipeg before results could be verified.

Now, both Inuulitsivik and Tulattavik health centres are equipped with machines that can test for the disease the same day, Behr noted, which means a faster response and treatment.

“In the old days, it was a fearsome disease, but today, it’s completely treatable,” he said. “We just can’t be complacent.”

Although McGill’s research is focused on Arctic Quebec, the same can be said for Nunavut and other Inuit regions in Canada, Behr added.

Researchers behind Nunavut’s TAIMA TB campaign hope to conduct similar studies in the territory to see if its TB strains have similar origins to those in Nunavik.

“I suspect that some of the same messages will apply,” Behr said.