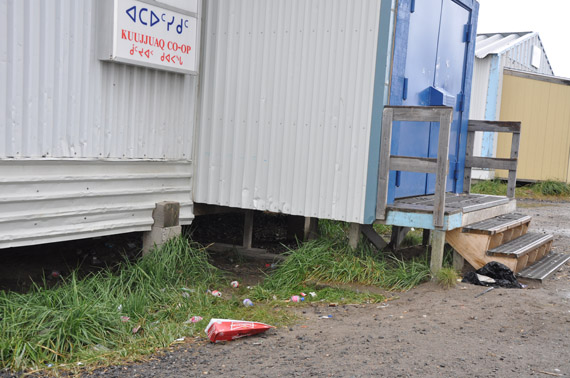 The co-op store in Kuujjuaq, pictured last summer, where the Fort Chimo Co-op Association has been selling beer and wine. (PHOTO BY SARAH ROGERS) 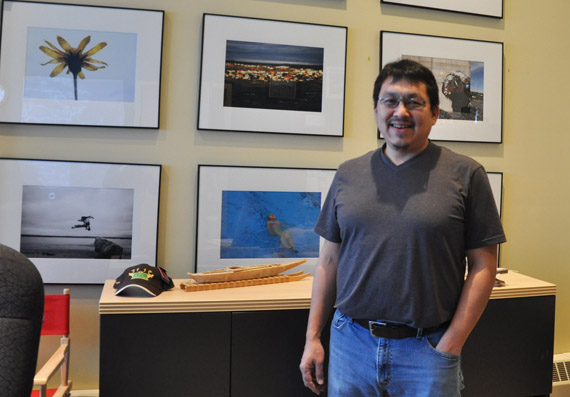 “We’ve seen in history that prohibition didn’t work,” said Kuujjuaq mayor Tunu Napartuk. “But alcohol has impacted the North so much.” (PHOTO BY SARAH ROGERS)

KUUJJUAQ — The empty Budweiser cans scattered around Kuujjuaq provide a visual reminder that this Nunavik community remains the only one in this region — or in the eastern Arctic for that matter — where you can buy beer and wine over the counter.

But as the sale of retail beer and wine sales in Kuujjuaq enters its second year, the impact on community peace does not appear to be that great, and alcohol-fueled crime is down a little in Nunavik’s largest community.

In 2012, 173 people in Kuujjuaq were charged with impaired driving, according to statistics from the Kativik Regional Police Force.

The Fort Chimo Co-op Association re-launched beer sales from its local store in May 2013 after a 17-year hiatus.

Although Kuujjuammiut voted to re-establish alcohol sales in a 2011 referendum, the issue remains controversial. Many community members are worried that such easy access encourages public drunkenness and alcoholism.

It may be too early to judge if Kuujjuaq’s decision to sell beer and wine over the counter was the right one, but its example may inform Iqalungmiut as they prepare to vote in a referendum on the launch of Nunavut’s first pilot retail store in decades, later this year.

Since the Government of Nunavut began the process last year, the debate in Iqaluit has been no less polarizing.

The GN’s finance department, which is leading the retail beer-and-wine-store pilot project, has largely promoted the project as a way to reduce bootlegging and the binge drinking of hard liquor.

An open consultation the GN held last spring drew an avalanche of criticism and concerns.

But some said later the meeting was dominated by a strong, vocal faction of community members opposed to the store and was not indicative of Iqaluit’s wider, and perhaps more liberal, stand on the subject.

Back in Kuujjuaq’s municipal office, mayor Tunu Napartuk notes he has never made public his support or opposition to local alcohol sales — the town council has also chosen to stay neutral on the issue, he said.

The GN hasn’t approached Kuujjuaq for input, but Napartuk can offer a piece of advice: keep people informed and encourage everyone to vote in any referendum.

“I just hope that whether you’re for or against it, that you have a say,” he said. “When the referendum happens, you’re part of that process and it’s a step people have to take.

“The only advice I’d give is for [Iqaluit’s municipal leaders] to stay in touch with whoever is running the pilot,” Napartuk said. “To see how things are going. If councillors have any concerns, it’s an opportunity to pass those on.”

Ideally, he added, the community would have addiction support services in place to support people struggling with alcoholism.

But trying to remove emotion from the debate is all but impossible, Napartuk said.

“We’ve seen in history that prohibition didn’t work,” Napartuk said. “But alcohol has impacted the North so much. Every one of us has had a personal experience with it.

“I think it will take many generations until our people are accustomed to the consumption of alcohol.”