“There’s just so much to photograph” 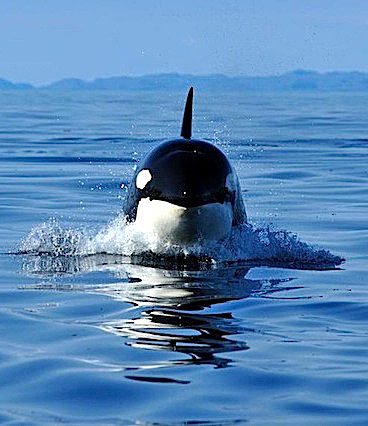 This is one of the killer whales which started following David Kilabuk’s boat while he was travelling home to Pangnirtung from the Cumberland Sound. (PHOTO BY DAVID KILABUK) 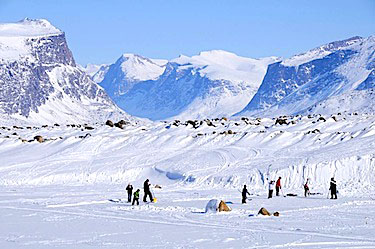 Children play hockey on the Duval River in Pangnirtung where David Kilabuk used to play as a child. (PHOTO BY DAVID KILABUK) 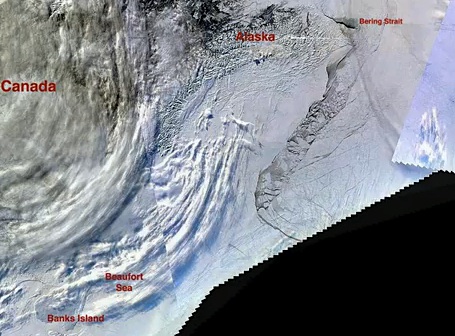 Here’s view of the frozen ice under the sun near Pangnirtung, as captured by David Kilabuk. (PHOTO BY DAVID KILABUK)

David Kilabuk remembers being surprised when a group of eight or nine killer whales started following his boat while he was travelling home to Pangnirtung from the Cumberland Sound.

The whales trailed behind the boat for an hour, giving Kilabuk a chance to use his self-taught photography skills even though, he says “we weren’t expecting to see them.”

Kilabuk, 49, a fan of photography, now has a following of his own after starting his David Kilabuk Photography Facebook page.

People “like” his photos, which includes scenes of Pangnirtung, as well as wildlife, portraits and what he calls environmental portraits.

Kilabuk knows his home community well — it’s where he was born and raised, and he’s only left Pangnirtung a few times, to attend high school in Iqaluit and later to go out for training in St. John’s for his current job with the local housing authority, where he works as an oil burner mechanic.

Kilabuk, now father to eight children ranging in age from one year to 24, says he’s been interested in photography from a young age.

Inspired by the late Peter Pitseolak of Cape Dorset, who photographed that community in the 1960s and 70s, Kilabuk says he used to think “how could a non-white person do this?”

“For me to see something an Inuk had done, that was so advanced. It really struck me,” Kilabuk says. “I thought that was just fantastic.”

Kilabuk acquired his first camera in the mid 1980’s — a Pentax.

But it wasn’t until digital photography came along that he revisited his interest in taking photos.

Then he didn’t have to buy expensive film all the time, and he could edit the photos himself, right away, on a computer.

With digital photography, “you get instantaneous gratification or disappointment.”

After receiving his residential school settlement in 2007, Kilabuk bought a Nikon D300 — “the first thing I purchased,” he says.

One panoramic shot of Pangnirtung took him 21 images to craft, with three different exposures. The result creates a haunting effect due to the merging of the shots.

In the final photo, the sun shines directly on the town emphasizing the colours of the houses, and the surrounding mountains cast shadows onto the water.

Another photo shows the stark yellow of an excavator and other machinery contrasted against the ground and the blue sky. Kilabuk says he photographed the machinery, shot by the harbour, to remember his father, a heavy equipment operator.

An image of seal meat freshly harvested boasts both bright and dark reds. That one, Kilabuk took in February, during an afternoon that celebrated the return of the sun.

Car batteries piled up against a chain link fence at the dump looked disorderly, but with so much “colour and variance” at play, Kilabuk took a photo highlighting the dangers to the environment. “That’s not a good scene,” he said.

After he shot that photo, the hamlet cleaned up the site.

There are close-ups of berries and mushrooms, scenes Kilabuk captures with his camera while going for walks in the summer.

A sculpin caught by either Kilabuk’s son or his girlfriend was slipped back into the water after being photographed against the steel of Kilabuk’s boat.

Another shot shows a close-up of a walrus, a tear running down its face after being shot.

Kilabuk says he didn’t noticed the tear until after he got home.

One of his personal favorites is a photo he took of children playing with hockey sticks on the Duval River ice, a place where he used to skate when he was young — “it reminded me of my own childhood.”

As for the future Kilabuk would like to travel, to visit other Nunavut communities such as Pond Inlet or Grise Fiord.

He’d like to record history, by taking pictures of elders, for example.

“There’s beauty everywhere in the North,” he said. “There’s just so much to photograph.”

Obliged to take pictures in his spare time, Kilabuk tries to get out as often as he can. “If I had my choice, I’d be out all day long, as much as possible,” he says.

And Kilabuk also wants to find some new cameras and equipment for his work, although some of the prices of the equipment he’s eyed are steep.

But finding clients could help with that. Last year, his biggest client was Jordin Tootoo, who did a photo-shoot with Kilabuk for Canadian North.

Kilabuk says he learned a lot from that experience.

It was a memorable occasion for the self-taught photographer who says “living in the North, you have to teach yourself lots of stuff.”

“I feel I am in my infancy as far as photography goes. There is so much more to it,” he says.