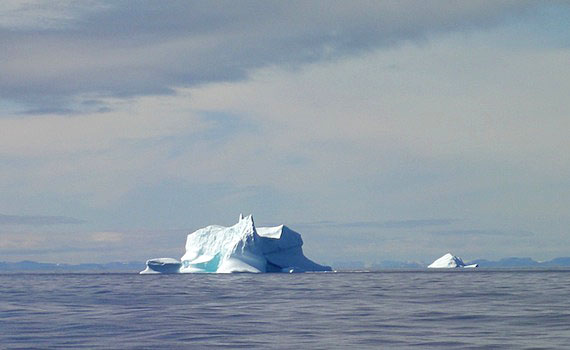 The World Wildlife Foundation Canada says it’s glad to hear that a Norwegian-based consortium of oil and gas exploration companies have decided to back out of plans to do seismic testing in Nunavut waters this summer. (PHOTO COURTESY OF NEB)

The World Wildlife Fund Canada says it’s happy to hear that a Norwegian-based consortium of oil and gas exploration companies have decided to back out of plans to do seismic testing in Nunavut waters this summer.

In a May 28 release, WWF repeated its support for the position of the hamlet of Clyde River, its hunters and trappers organization, and its mayor Jerry Natanine, who argued before the Federal Court of Appeal last month in an effort to overturn a National Energy Board decision to allow the group to proceed with seismic testing in Baffin Bay and Davis Strait.

WWF said it believes, like Inuit in the region, that high-decibel blasts from seismic explosions can have harmful effects on marine mammals which use sound as a means of communication, foraging and navigation.

“We are thrilled with the news from the National Energy Board that the people of Clyde River have been heard and that no seismic testing will take place this summer in Baffin Bay and the Davis Strait,” said WWF-Canada’s president and CEO, David Miller, in the May 28 release.

“We, along with many others, continue to wait anxiously for the Federal Court of Appeal ruling on whether to allow seismic testing in this ecologically sensitive area.

“We hope the voices of northern communities will continue to influence decision-making around the lands and waters on which they depend for their livelihood and survival.”

The Federal Court’s three-judge panel heard Clyde River’s case on April 20 in Toronto in an expedited hearing the parties hoped would facilitate a decision prior to July 1, when seismic testing was set to begin.

Nader Hasan, the Toronto-based lawyer representing Natanine and other Clyde River opponents, said he was planning to wait until mid-June before going to the court to request an interim order preventing the sea-bed mapping project from going ahead until a decision was rendered, but now he won’t have to do that.