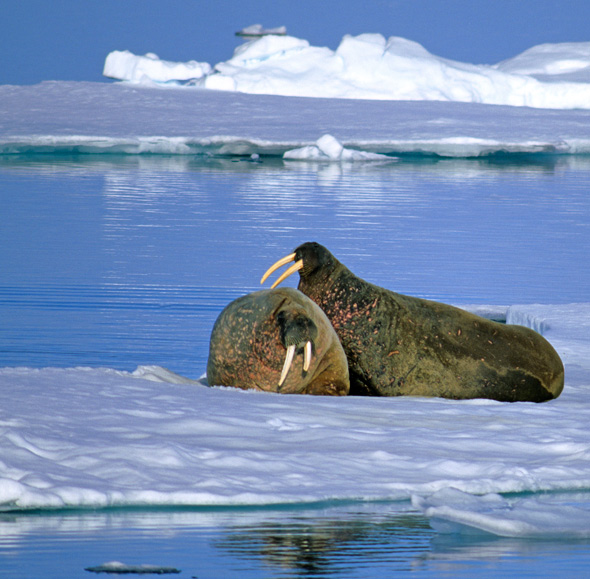 World Wildlife Canada officials are hosting a talk with federal members of parliament in Ottawa this week focused on protecting Lancaster Sound as a National Marine Conservation Area.

A parliamentary group will attend the event called Oceans on the Hill March 31 to discuss the proposed conservation area, which has been winding its way through a federal regulatory process since 2010.

Lancaster Sound, which separates northern Baffin Island from Devon Island, is home to more than a million birds, Canada’s largest polar bear subpopulation and an estimated three quarters of the world’s narwhal population.

But its seabed is said to contain 13 trillion cubic feet of natural gas and 4.5 billion barrels of oil, making it a target for development.

That’s why, in December 2010, the federal government announced a proposed boundary for a national marine conservation area which would cover a span of more than 40,000 square kilometres of the area.

There have since been calls from Inuit organizations to expand any conservation area’s boundaries both west and east, at each opening of the Sound, while the proposal itself undergoes a feasibility study.

In 2010, the Qikiqtani Inuit Association got an injunction to prevent a German research vessel from conducting seismic testing in Lancaster Sound. The QIA claimed the sound from underwater air guns used in seismic mapping could threaten marine mammals and fish and that communities who rely on marine harvesting were not properly consulted.

The case differs from the current seismic testing dispute off the east coast of Baffin because Lancaster Sound waters lie within the Nunavut Land Claim Settlement Area and are therefore subject to different levels of protection.

The Baffin Bay and Davis Strait project, if it goes ahead, will be outside the land claim.

“Long supported by Inuit, a conservation area will ensure that the abundant marine mammals and seabirds in the region continue to thrive, while significantly increasing Canada’s total area of marine protection,” WWF said in a March 30 release.