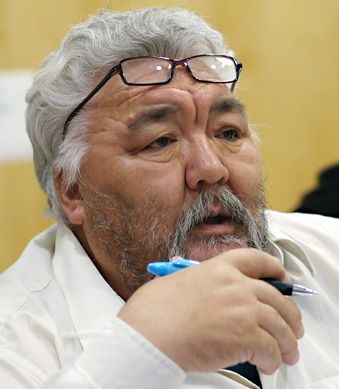 The Nunavut Trust took a beating when the global financial meltdown battered investments around the world last year.

The Nunavut Trust, a collection on investments backed by the $1.14 billion Nunavut Inuit received from Ottawa as part of the land claim, saw its earnings drop by more than $60 million between 2007 and 2008, to $41 million.

And during the worst of the financial crisis, the total market value of the trust dropped more than $300 million, according to figures presented by Andy Campbell, the chief executive officer of the Nunavut Trust.

The trust has since rebounded along with the economy, but all told, it’s still down in value $150 million from its peak value of $1.25 billion in May of 2008, before the crisis hit.

But Campbell said the fund has survived tough years before. And even though the current economic downturn is the worst since the 1930s, coming market gains should be enough for the fund to keep growing, he said.

“That’s a lot of money [lost] but it’s not anything we won’t recover from,” Campbell told NTI delegates gathered at Nanook School in Apex Nov. 17.

The Nunavut Trust pays out four per cent of its value to NTI every year.

While the payouts are based on a five-year average to take the sting out of stock market crashes, the markets were so hard on the trust that 2009’s payout was slashed to $35.8 million, down from $66 million the year before.

And that means that NTI posted a budget deficit of $4.4 million, which had to be made up by an interest-free loan from the trust.

That’s one reason why NTI slashed the number of delegates at its AGM from more than 60 to just over 20 this year.

“We don’t seem to have a leader in that department anymore,” Kusugak said.

But Kaludjak called for calm among delegates, saying half of future surpluses will go to pay back the $4.4 million loan.