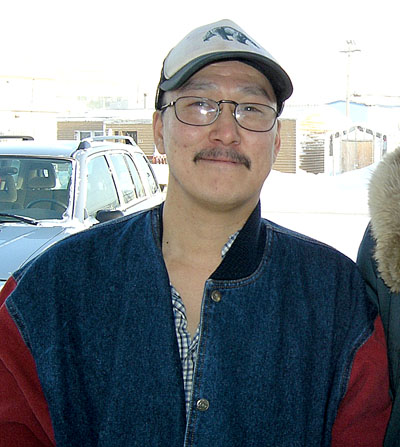 Bobby Suwarak, 41, was sentenced to two years less a day in prison and put on probation for three years after he pleaded guilty to a charge of indecently interfering with a dead body. (FILE PHOTO)

Bobby Suwarak of Baker Lake will serve two years less a day for indecently interfering with a body in Baker Lake’s cemetery in 2010.

Suwarak, 41, who pleaded guilty to the charge earlier this year, will also serve three years probation, under a sentence handed down by Justice Sue Cooper in the Nunavut Court of Justice March 21.

Suwarak’s case “is in a category of its own,” Cooper said in handing down the sentence.

“The court must denounce this conduct in the strongest of terms.”

Suwarak had sexual intercourse with the body of a Baker Lake elder shortly after it was buried.

Family members of the deceased discovered that rocks burying the coffin had been moved, and metal bands and screws had been tampered with.

Information that could identify the deceased cannot be published under a court order.

The family gave police permission to open the casket. RCMP took samples from the body, which matched Suwarak’s entry in the national DNA databank, which stemmed from a prior conviction for sexual assault.

After his arrest, Suwarak gave a statement to police saying he’d gone to the cemetery to visit his mother’s grave, and saw someone with a crowbar hurrying away.

He told police he saw an open coffin and admitted to interfering with the body inside.

Crown prosecutors had sought a prison sentence of three years, while the defence argued Suwarak should be sentenced to time served.

Crown prosecutor John Solski declined to give an opinion on the sentence. But he said he’s never seen a case like it in 25 years of legal practice.

“It certainly is a very bizarre offence,” he said.

Suwarak, who is deaf and communicates with difficulty, faced a charge of sexual assault in a separate incident that was stayed in 2004.

At the time, court officials had difficulty finding anyone with legal training who could communicate with him through sign language, though that was not the ultimate reason for the stay of proceedings.

This time, a court appointed sign language interpreter translated proceedings for Suwarak. Cooper delivered her reasons for sentence slowly, pausing after each sentence so her words could be translated.

Held in remand at Baffin Correctional Centre since his September, 2010 arrest, Suwarak has lived largely in isolation, and has occasionally been threatened by other inmates there.

“There can be no doubt that Mr. Suwarak’s life is a lonely one,” Cooper said.

Both Cooper and lawyers connected with the case struggled to find legal precedents to work with.

Solski told reporters that his office scoured Canadian and British case law and could find no cases remotely similar.

“This is something that people just don’t see, that isn’t done,” he said.

In court, Cooper said the rare charge of indecently interfering with human remains normally surfaces when someone is attempting to conceal another crime like murder, or with a profit motive at funeral homes.

She said she could find only one case that was remotely similar: the 1964 conviction of a Yukon man who, while drunk, had sexual intercourse with a dead body. That man received two years in prison.