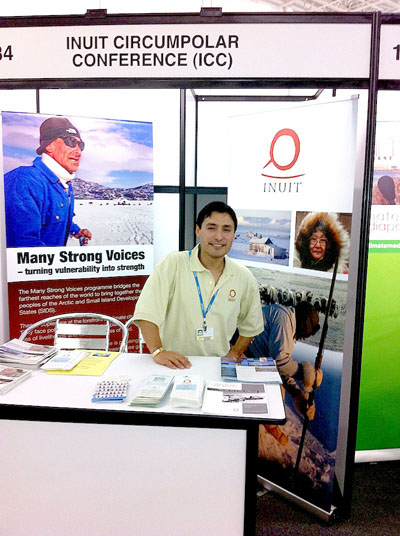 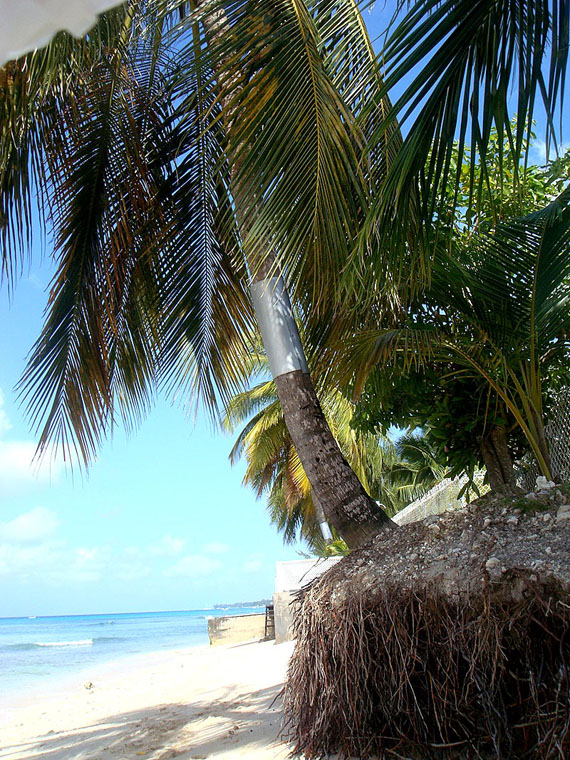 Along the western coast of Barbados the beach is being washed away. The roots of this palm tree are now exposed — waves are now likely to topple it. 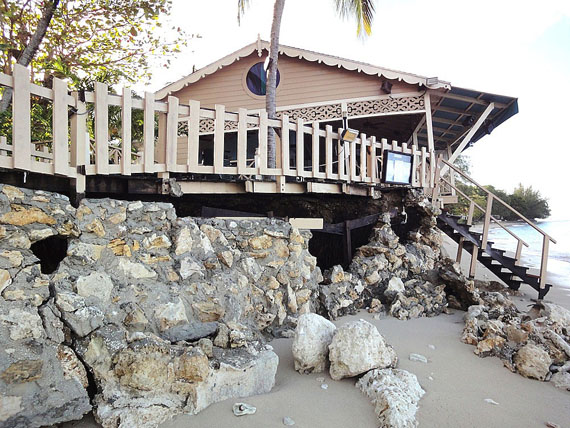 The power of water: here you can see what waves did to the Mullins restaurant in Barbados last year. The restaurant has since been rebuilt, but continues to be regularly hit by high waves. (PHOTO BY JANE GEORGE) 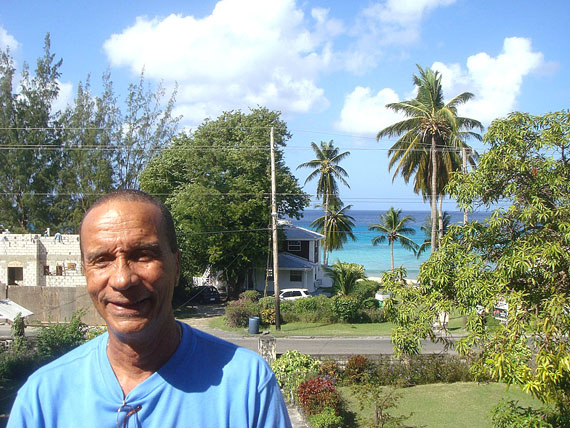 Like many people in Barbados, Al Sealy sees many impacts of climate change, which contributes to rising sea levels and even higher crime on the island. Surging waves brought seawater up to the door of his rental property, the first time in his 66 years that he had seen something like that happen. (PHOTO BY JANE GEORGE)

BRIDGETOWN, BARBADOS — While waters around south Baffin Island and Nunavik remained ice-free this past January, people who live more than 5,000 kilometres away to the south on the island of Barbados grappled with another problem generated by climate change: too much water.

No wonder “you melt, we sink” is the nightmare that unites 43 small developing island nations of the world and Arctic organizations in their fight against climate change through a coalition called Many Strong Voices.

Its common goal is to keep temperature increases in check, so the North stays frozen and the islands stay above sea level.

Although some could see this alliance between the Arctic and tropics as strange, the connection makes sense to Kirt Ejetsiak of Iqaluit, vice-president of the Inuit Circumpolar Council, who spoke at an MSV event at last December’s United Nations climate change conference in Cancun.

“I believe that it’s only by working together to lobby the various governments and UN agencies that we can get our message across. It’s an unusual alliance but one that fits naturally in my view,” Ejetsiak told Nunatsiaq News. “We must find our similarities and connections rather than our differences and work together.”

Yet they’re already threatened by the same kind of unpredictable weather, storms and erosion due to the changing climate that has some Alaskan villages relocating inland.

You can see these environmental impacts happening now in Barbados, the most easterly of the Caribbean islands, with 97 km of coastline and a population of about 280,000, mainly the descendants of slaves brought from Africa in the 17th and 18th centuries to work in sugar plantations.

Waves up to 14 feet tall battered its western coastline, scouring beaches of sand, exposing the roots of palm trees and washing out buried eggs of endangered sea turtles.

The sea came right to the door of a beachside house that belongs to Al Sealy.

The unusual high surf breached the wall on the beach side of his rental property. Waves surged over the top, breaking close to the building, the first time he’d seen this happen in his 66 years.

“The world’s gone crazy,” Sealy said as he worked to sweep away the heavy, thick cover of sand which had washed in, covering the yard and killing plants and grass.

And that’s just the start of more problems to come. As the polar climate changes and ice sheets melt, sea levels rise in Barbados could rise as much as two metres by 2080, pushing erosion 100 metres or more inland.

As the climate changes, Barbados could end up in dire economic shape. Climate change may wreck its beaches, alter its climate, destroy its hotels and infrastructure, and cripple its economy, which is based on tourism.

Extreme weather events far from Barbados have already hurt tourism — at the height of the 2010 Christmas season, snowstorms in the UK grounded planes there and kept all tourists home.

Actions taken by nations to curb climate change may also have a backlash effect: tourism from the U.K. is down because many don’t want to pay its new airline passenger tax intended to offset the emissions caused by air traffic.

Fewer tourists already mean joblessness is up at the same time that fuel, power, water, food, and some other goods and services subject to a new consumer tax cost more.

But the Barbados government isn’t rushing to fix them — they’re trying to cut spending.

These are just the beginning of the problems for Barbados.

A report released during the United Nations climate change meeting in Cancun says rising sea levels of one to two metres will cause billions of dollars of damage in Caribbean islands by the middle of the century, wiping out more than 300 resorts, airports, power plants, roads and agricultural land in low-lying areas.

The cost of the damage and rebuilding is estimated to reach up to $187 billion by 2080.

But powerful business interests in Barbados continue to build multi-million dollar complexes as close as possible to the coast.

A whole new way of thinking to solve is needed to solve the problems linked to climate change, says Dr. Keith Nurse, director of the Shridath Ramphal Centre for international Trade Law at the University of the West Indies in Barbados.

“We’re at the receiving end of the climate problem,” Nurse said.

Business and government must “stop digging the same hole” to take advantage of some of the opportunities, Nurse told Nunatsiaq News, advice that could apply to Canada’s North.

That’s the way to keep Barbados from going broke on importing oil and food and paying for the health costs of illnesses like diabetes, obesity and high blood pressure.

Finding a more sustainable economic path would also see people eating better and alleviate the social inequalities that drive many to crime and drugs.