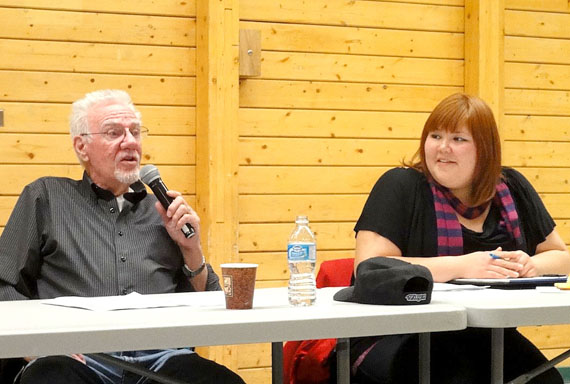 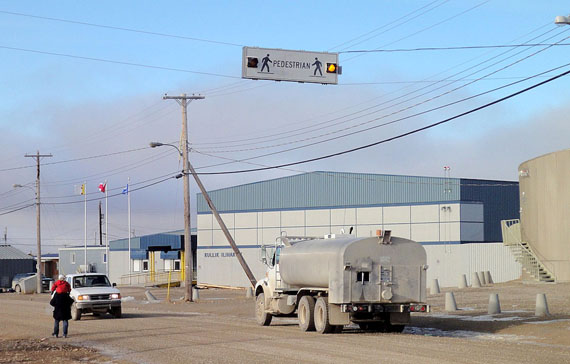 CAMBRIDGE BAY — When the $81-million Canada High Arctic Research Station opens in Cambridge Bay by 2017, the community plans to be ready, Mayor Syd Glawson said Sept. 29 at a meeting of the town’s business community.

That’s even if this means private investors must build 200 new houses and a 150-room hotel, as well as other necessary infrastructure, Glawson said.

During the afternoon meeting, held at the Luke Novoligak community centre, Glawson sounded like a pumped-up football coach at a pre-game rally.

“Get on the bandwagon, because it’s coming. It’s going to be a boom town,” he said. “My expectations [for the Canada High Arctic Research Station] are so high you can’t reach them.”

For now, this community of 1,350 holds numberous lots for industrial, commercial and residential use that are begging to be developed, Glawson said.

“We need so much stuff in Cambridge Bay, it’s ridiculous. Yesterday was too late. Let’s get going or else someone is going to come here and take it away from us,” he said.

Glawson said he also wants to see bus service, a bowling alley, a restaurant, a movie theatre or performing arts centre and a new wharf to accommodate the growing number of vessels, small and large, that sail through the Northwest Passage every summer.

Glawson also wants the tank farm, which now lies near the centre of the community, to be moved further away from town.

At the same time, he’s determined to keep Cambridge Bay’s small town character. This was one of the selling points that won the CHARS project for the community, he said.

Along with the $81 million CHARS building, at least 55 new jobs— some which will inevitably be held by specialized recruits— are expected to come to Cambridge Bay, along with numerous short and long-term visits from Canadian and international scientists.

“What are we going to do to make sure they’re welcome and that they have everything they need? Nothing is out of the realm of possibility if a few people are willing to work for it,” Glawson said.

The additional spin-offs from the centre, announced Aug. 24 by Prime Minister Stephen Harper, will be also “ridiculous,” Glawson said.

The possibilities are enormous, he said. Those range from seeing Nunavut Arctic College develop into a full-fledged Arctic university to the exploration of new fishing grounds nearby, he said.

Glawson said the community’s businesses and other private institutions should take advantage of the opportunities presented by CHARS to reduce their dependency on government.

The way Cambridge Bay has been operating is, as he put it, “if the government don’t pay for it, it don’t happen.”

“We want a free market switch. We have to own our own community,” Glawson said.

Or else Iqaluit, with its superior infrastructure, could grab CHARS away — the way it did with the Nunavut mining symposium, he said.

The hamlet and its new community development approach will back all private developers, Glawson said.

“You guys come up with the ideas and we’ll be there to support you— so let’s get to it. We have to do something so we keep it.”

Chris Chapman, manager of Cambridge Bay’s Royal Bank branch, echoed Glawson’s words, saying the community should capitalize on all the attention it received during the announcement of the CHARS or someone else will do it.

Other people at the meeting also stressed the need for an addictions centre, which would be Nunavut’s only such facility, and a need for more security at the airport to cut down on bootlegging and drug trafficking.