GN ready to battle bedbugs in Winnipeg and Nunavut 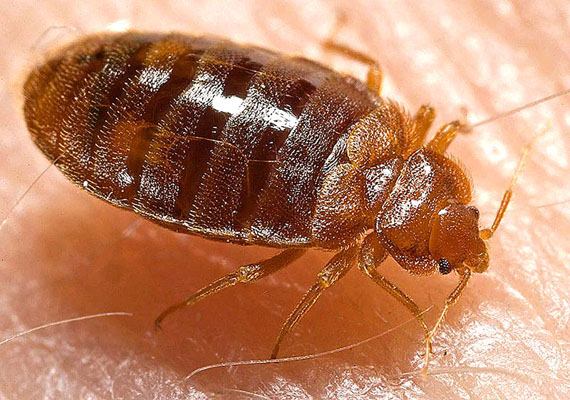 Bedbugs are nasty little critters that love warmth and thrive on human blood.

The discovery of bedbugs at the Kivalliq Inuit Centre patient boarding home in Winnipeg has caused upheavals at the facility — as well as concern at the Nunavut legislature.

“If the bedbugs are in our boarding home in Winnipeg, it’s just a matter of time before they probably end up in our communities. If they get in our houses, they are very hard to terminate,” Sanikiluaq MLA Allan Rumboldt said Oct. 28 in the legislature.

Rumboldt, Iqaluit West MLA Paul Okalik and Akulliq MLA John Ningark wanted to know what health minister Tagak Curley has done to clean up the bedbugs at the 124-bed centre in Winnipeg and prevent the spread of the insects to other patient boarding homes for Nunavummiut as well as to other communities in Nunavut.

“I am expecting that there will be a plan of attack and again the boarding home in Winnipeg is being cleaned,” Curley said.

If bedbugs become “a big problem, then we would have to close the boarding home” and find alternate lodging in the city for patients and escorts, Curley said.

Geraldine Osborne, Nunavut’s deputy chief medical officer of health, said in a Nov. 1 email that the health department is working with the Kivalliq Inuit Centre to monitor the situation there.

The health department has also provided information in both Inuktitut and English to the Kivalliq Inuit Centre and all health centres.

And it’s sending a letter and fact sheet to all boarding homes and to the Nunavut Arctic College residence to inform people about bedbugs and how to get rid of them.

Like many major cities across Canada, Winnipeg has suffered from an infestation of bedbugs over the past few months.

Bedbugs have been found in the city’s libraries and at Winnipeg’s largest hospital, the Health Sciences Centre, inside a dialysis unit and behind a bed in a cubicle, according to a recent CBC News report.

Adult bedbugs are reddish-brown, flat oval in shape, and have no wings.

Not even a quarter of an inch long, bedbugs are nonetheless pesky critters, causing itchy marks, blisters and rashes where they bite into the skin with two hollow feeding tubes.

One tube injects saliva that makes the victim’s blood thinner and numbs the skin. With the other tube, the bedbug sucks out blood, usually for about five minutes.

After feeding, they turn dark red and become bloated.

Bedbugs only need to eat every five to 10 days and they can live for up to a year, lurking in beds and other warm, dark places and only surfacing occasionally to feed.

Eggs are whitish, pear-shaped and about the size of a pinhead. Clusters of 10 to 50 eggs can be found in cracks and crevices, says a GN fact sheet on bedbugs.

The good news is that bedbugs don’t like low temperatures, which cause them to go into hibernation and die.

To get rid of bedbugs, you can freeze, broil or poison them with pesticides — and everything affected must be thoroughly cleaned.

To guard against bedbugs when you’re travelling, inspect the headboard of the bed, look at the mattress and don’t leave your bag on the bed.

When you get home, wash your clothes before bringing them into your bedroom and make sure no bedbugs travelled back with you in your bag.