NTI’s cleanup woman gets down to work

“These are financial benefits that should go to all of us“ 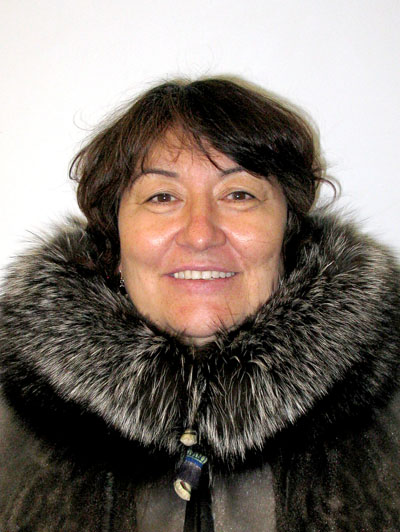 Cathy Towtongie says she is already working at “stabilizing the financial reputation of the organization” and looking for ways to increase financial benefits that flow to Inuit through the land claims system. (PHOTO COURTESY OF NTI)

When Cathy Towtongie won the Nunavut Tunngavik Incorporated presidency for the second time this past December, no one was more delighted than her grandchildren.

“Anaana, you can be the principal at my school now,” one of them exclaimed. “They have bad kids in there too.”

That is to say, even a young child can sense the kind of work Towtongie has cut out for her over the next two years or so.

Towtongie is already at work “stabilizing the financial reputation of the organization,” she said in a recent phone interview.

Coincidence or not, each time Towtongie has been elected as NTI’s president, it’s been following a former leader’s misuse of funds.

Leading up to Towtongie’s first election as president in 2001, then-president Paul Quassa stepped down after being caught running up a $30,000 tab on NTI’s corporate credit card, including $13,000 in cash withdrawals.

In August 2010, NTI’s then-president Paul Kaludjak was suspended for running up a $52,000 tab. Members voted to permanently oust him a few months later.

Now Towtongie is intent on rebuilding the organization’s credibility, something she believes she did successfully the first time around.

To prove to beneficiaries that she’s committed, Towtongie has already shaved $20,000 off of the $179,000 salary she began her term with.

Towtongie has also turned down the housing allowance she’s entitled to. She and her husband own their own home in Rankin Inlet, where she works out of NTI’s office.

Towtongie says she doesn’t feel good taking so much, when so many Nunavummiut have so little.

“Issues of financial misuse are heard all over the world,” she said. “I’m not the president of a multi-million dollar [private] corporation. I’m an Inuk beneficiary and these are financial benefits that should go to all of us, and our unborn children.”

While transparency tops Towntongie’s priorities, experience has shown her there’s little time or place to hold grudges against those who’ve put the organization in the headlines for the wrong reasons.

That’s despite the fact that, following her first NTI presidency (2001-2003), it was her then-vice president of finance — Paul Kaludjak — who ran against Towntongie and won.

“I have respect for Paul,” she said. “I’m not surprised he won — he has good people skills.”

But back in the leader’s seat, Towtongie knows that time is money and two years doesn’t give her much.

Besides a regular review of NTI’s financial statements, she wants to look at the Nunavut elders’ pension to either increase the $150 monthly allowance or make it accessible to more people by adjusting the cut-off age.

Right now, only beneficiaries born before 1948 have access to the pension.

As well, Towtongie would like to do a comparative analysis of Nunavik’s Raglan Mine to explore how Inuit in Nunavut may better benefit from the territory’s growing mining industry.

As part of NTI’s anti-poverty strategy, Towtongie wants Northern stores across the territory to start buying handmade crafts from Inuit artists and seamstresses, to promote a more competitive market for Nunavut’s artisans.

And Towntongie says Nunavut needs to help facilitate a more permanent labour force, rather than the current system, which she says pays big benefits to transient workers.

“We’re flying workers in from Newfoundland and Quebec,” she said. “It’s not sustainable.”

That means offering more culturally-appropriate education to Nunavummiut at home, she said, especially in the trades.

Towtongie is currently hosting a student from Iqaluit who is studying to be an oil burner mechanic at Arctic College’s new trades training centre in Rankin Inlet.

“I support it personally and professionally because it’s a huge need in Nunavut,” she said. “If you fly these students down south [to study], you lose them.”

Originally from Coral Harbour, Towtongie left home as a teen to attend residential schools in Yellowknife, Iqaluit and then Rankin Inlet, which she has called home since.

She studied native law at the University of Saskatoon, business administration at Lethbridge College and worked for more than a decade for the Keewatin legal services centre.

Towtongie didn’t know it then, but she helped put Inuit culture in international headlines when she encouraged Michaëlle Jean. then the Governor General, to eat seal heart at a Rankin Inlet feast in 2009.

Towtongie is married with three grown children and four grandchildren, of whom she is immensely proud.

“My hope, like any other parent, is for them to live well, treat people well and to work to give Nunavut a better future,” she said.