Nunavut premier gets insistent about devolution agreement with Ottawa

“We have the mandate” 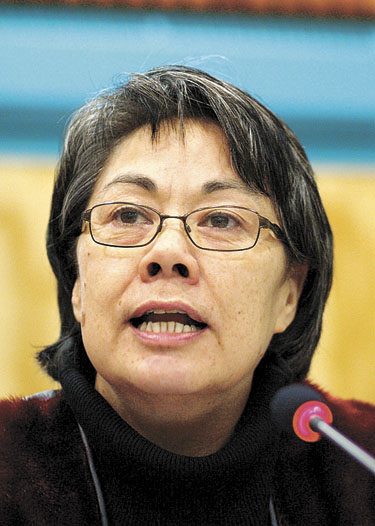 Nunavut Premier Eva Aariak speaks at a Nunavut Tunngavik Inc. meeting in Apex in 2008. Aariak has stepped up the push in recent weeks for a devolution deal with Ottawa, but with little sign that that the federal government is interested in negotiating. (FILE PHOTO)

Eva Aariak insists Nunavut is ready to negotiate a devolution agreement with the federal government.

So ready that the Government of Nunavut has taken out newspaper ads calling on Ottawa to come to the negotiating table and start working on an agreement.

“We have the mandate,” Aariak said in an interview. “All we are waiting for is the federal government to find their negotiator.”

Aariak laid out what Nunavut wants in a recent op-ed article published in Nunatsiaq News: control over the 80 per cent of Nunavut that is federal Crown land, and the natural resources on and beneath that land.

Control also means Ottawa stands to collect the taxes and royalties from any natural resource projects that would take place on those lands. So far, that’s just a hypothetical question.

But with $280 million worth of mining exploration slated to take place in Nunavut in 2011, according to the NWT and Nunavut Chamber of Mines, it’s only a matter of time before someone stumbles upon a lucrative mineral or oil and gas deposit and starts cutting checks to Ottawa.

All Nunavut has now is a protocol, negotiated in 2008, that lays out a phased approach to any negotiations. The two sides would talk lands, inland waters and mineral rights first, followed later by talks on oil and gas and seabed resources.

And so far, there’s been little sign that the federal government is willing to sit down and hammer out a deal. There’s no chief federal negotiator, and no cabinet approval for a federal mandate.

Graham White, a political scientist at the University of Toronto who studies federal-territorial relations, said Nunavut will likely get the devolution it seeks, but it’s more likely to come through the gradual transfer of powers from Ottawa to Iqaluit.

White said Canadian territories already enjoy more powers than most “sub-national jurisdictions” (that is, states, territories or provinces), noting that 30 years ago, the Northwest Territories lacked control over its own health and social services policies.

Aariak’s push also comes on the heels of a brutal legislative session and leadership review, where she clashed often with former premier Paul Okalik, who was known to often berate the federal government for its reluctance to negotiate on devolution.

“She’s just come off a leadership review where she and her cabinet got beaten up pretty good about [a] lack of accomplishments,” White said. “To me it’s pretty hard not to see this initiative as a way of showing that in fact [they’re] trying to move on these things.”

Genevieve Guibert, a spokeswoman with Indian and Northern Affairs Canada, the lead federal department on devolution, said the federal cabinet must give the go-ahead for negotiations to start, while any eventual deal would have to pass a vote in Parliament.

But she didn’t give any indication when cabinet approval would come.

“It is important to remember that devolution is a long-term, multi-phased process, with operational and policy challenges that must be addressed if we are to be successful,” Guibert wrote in an email.

“The economic and social development actions being undertaken today will enhance the prospects for successful devolution negotiations in the future.”

So it doesn’t sound as if Ottawa is in a hurry. Aariak said she’s pressed both Prime Minister Stephen Harper and John Duncan, the INAC minister, to get a move on, and has met with “varied responses.”

“When they are not ready [for negotiations], they don’t tell us very much,” Aariak said, adding the GN is “widening our target” beyond INAC officials, and beginning to lobby opposition party members and natural resource companies.

Nunavut’s big hurdle remains government capacity. Control over federal lands brings with it a host of regulatory responsibilities that are currently performed by federal civil servants. Nunavut still struggles to fill about 20 per cent of its own positions, and is having problems pushing Inuit employment levels past the current 52 per cent.

“The problem of building capacity within the GN is a really long-term one,” White said. “There are no easy fixes. I think people know where they’d like to go, and certainly improved education and training is part of it, but there’s no really easy fixes.”

Aariak said recent changes to Nunavut’s Education Act should result in more graduates who can take on government jobs by the time any devolution deal is reached.

“Where we are today will not be the same tomorrow,” she said.