Teachers in Puvirnituq hated their school

“It’s like a snowball, and they weren’t able to stop it” 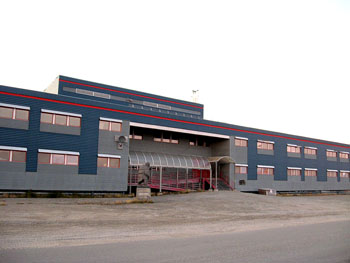 The attitude and actions of some teachers at Puvirnituq’s Iguarsivik school made their situation worse, a fellow teacher from the South says. The teachers experiencing the worst problems were francophones, who start teaching French to students in Grade 4. (FILE PHOTO)

A teacher who taught briefly at Puvirnituq’s Iguarsivik School earlier this year says she’s not surprised that Pierre-Luc Bélisle complained about violence in the school public — and then had to leave town.

When she was at Iguarsivik, some teachers told Shirley Parsons that they loved the North, but hated the school.

“So what are you doing there if you hate the school?” Parsons said in a May 13 interview from her home in Toronto. “It’s like a snowball, and they weren’t able to stop it, so it got really out of hand.”

Parsons, who plans to return to Iguarsivik next August to teach full-time, said it’s good that most such teachers, like Bélisle, won’t be back, so Iguarsivik can get off on the right foot.

Parsons taught the English-language Grades 5 and 6 at the school for nine years before she left in 2009. She returned last December and January when she replaced a teacher away on paternity leave.

When she returned to the school, Parsons found deep divisions there, with a tight-knit group of some teachers, mainly new arrivals, who were highly critical of the school and its administration.

Parsons said some teachers came to Puvirnituq for an adventure, but appeared to forget they would also live in an isolated place with a new culture. They lacked respect, she said.

And some may not have been mature enough to teach children who cope with many social problems at home.

The more those teachers at Iguarsivik experienced problems, the worse their situation became, she said.

But “negativity” wasn’t the only factor in their downward spiral.

Parsons said she also watched teachers struggle out in the schoolyard during recess where they’d try to deal with disputes and behaviour in an authoritarian manner, instead of monitoring, watching and encouraging the students.

She’d see teachers line up 10 kids, each one guilty of an offense like kicking or throwing snowballs.

“As soon as you go after them, they are against you,” Parsons said, adding that, after the first few months at Iguarsivik, she never experienced problems in or outside the classroom.

But new arrivals and other teachers in distress didn’t seek out the advice of more experienced teachers, like herself, Parsons said.

Instead, they relied heavily on the administration to settle their classroom and schoolyard problems.

“The administration cannot be in all the classrooms all the time and they can’t be responsible for classroom management. And if the kids know you’re relying on the administration, you don’t have any authority and they take advantage of that,” she said.

The new teachers, moreover, didn’t enforce the basic rules of conduct in the school, such as not bring iPods to class or wearing outside clothing inside, she maintains.

There also could have been a language-related component to the teachers’ woes.

That’s because the teachers experiencing the worst troubles were francophone, who start to teach French to students in Grade 4.

Often their students, who speak Inuttitut outside school, don’t have much exposure to French.

The increasing impact of drug and alcohol abuse in Puvirnituq also makes it harder for the some children to cope, both at home and school, Parsons said.

“My heart aches for those kids,” Parsons said.

Fewer drugs and alcohol in the community as well as more activities outside school could help ease their situation, she said.

Teacher turnover is also part of the problem, she acknowledged.

While the recent attention to Puvirnituq’s school may make teacher recruitment for the Kativik School Board more challenging, it could also up the calibre, experience and seriousness of teachers who decide to come to Nunavik.

“I would say look at yourself, and your reason to want to go north,” Parsons said.

Another teacher, Sharon Stirling, who has taught grade three in English and provided special education support in Puvirnituq for six years— and plans to return— said southerners need to be more patient when they come to teach in the community.

“We’re visitors here, and we need to be more aware of the Inuit culture. We’re paid to do a job,” she said in a May 14 interview from Puvirnituq.

Her advice to prospective teachers is to “come north and accept you’re going to a northern Inuit village. Wait and see and don’t be judgmental. Keep your mind open and see how everything unfolds. You need to take a little time.”