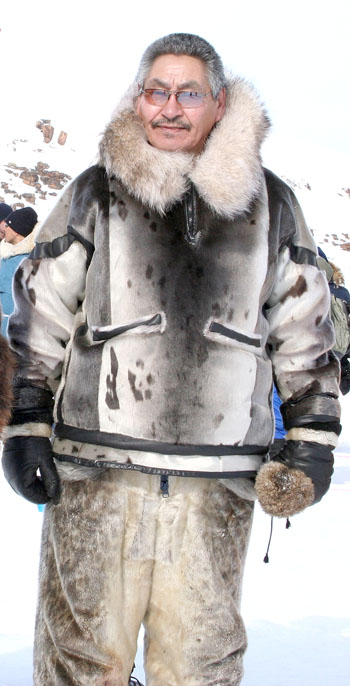 The Alikatuktuk family Mary, Theresa, Julai, Peter and Sheila, would like to extend a special thank you to the people who showed so much support and prayers during our difficult time during the passing of our beloved family member, Thomasie Alikatuktuk.

Thomasie will be remembered as a larger than life character, a natural entertainer. His smiles and gentle comedy will be much missed.

For many who knew him closely, they will remember him primarily as a successful hunter, never happier than when boating in the summer to hunt walrus or snowmobiling in winter to hunt caribou and seal.

Many will remember him for his art, which looks down upon us from many a wall in and around the capital of Nunavut to remind us of his talent. For those in Nunavut’s halls of power their memories will be of Thomasie’s tremendous contribution to the Qikiqtani Inuit Association and his role as a solid leader.

This, along with his commitment to the ideals of that organization and the respect that he showed to Inuit elders both inside and outside of Nunavut will be remembered foremost.

Finally, Thomasie will be remembered as a much-adored role model for his children and grandchildren whom he especially loved.

He was truly a renaissance man.