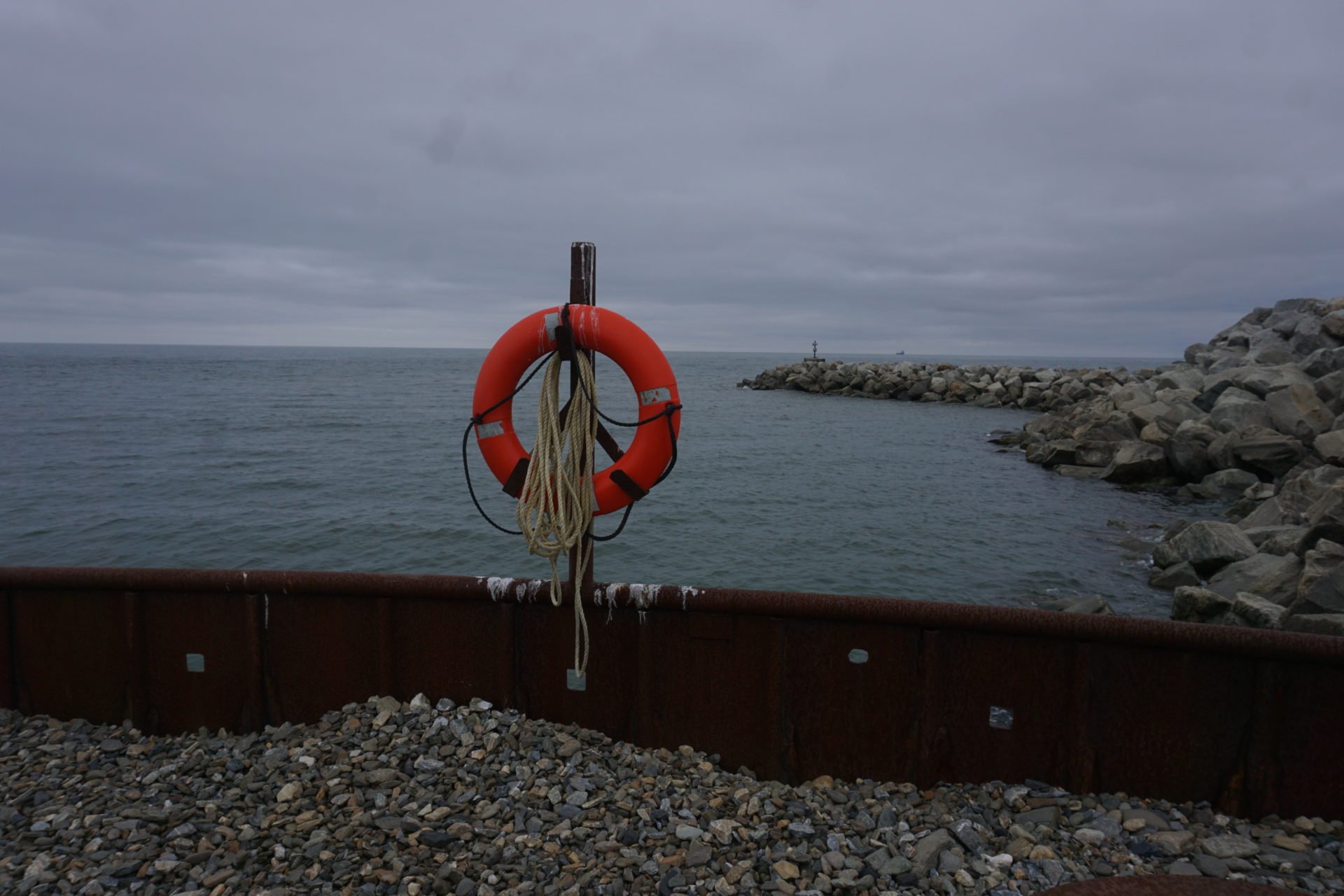 The end of the existing causeway at the Port of Nome, one of the sites under consideration as a U.S. Arctic strategic port. (Yereth Rosen)

The U.S. Senate’s version of the national defense spending bill calls for a strategic Arctic port, upgrades to a regional missile warning system and a new Arctic-focused security studies center.

The Senate passed their version of the National Defense Authorization Act, a $731.6 billion spending bill, on Thursday, July 23.

The bill requires the Secretary of Defense to submit a report, by March 1, 2021, on “the estimated cost of constructing, maintaining, and operating a strategic port in the Arctic” at each potential site identified by last year’s NDAA.

Three months later, the defense department will designate “one or more ports” as strategic Arctic ports.

Construction of the port would be completed by 2030, the bill says. However, it is careful to emphasize that no additional funds have been allocated for port construction.

The Senate version of the new NDAA would also establish a new Arctic security studies center, named for Ted Stevens.

“If enacted, the Ted Stevens Arctic Center for Security Studies would be the first DoD Regional Center in the Arctic,” Sen. Lisa Murkowski, a Republican from Alaska who introduced the idea of a center along with Sen. Dan Sullivan, said in a statement.

The proposed center would be located close to other Arctic academic institutions and to U.S. Northern Command and the Armed Forces based in Alaska, and it would “foster strong international networks of security leaders,” Murkowski said. The bill calls for a report on the costs of building or renovating the facilities needed. The bill may also establish a research and development program for cold weather training and equipment for operating in the Arctic.

The Senate legislation would also require a report on the effects of permafrost thaw on defense “infrastructure, facilities, assets, and operations.” The defense department will assess the potential costs of permafrost damage and the threats such damage poses to national security.

In addition, it would authorize $46 million for satellites that could improve communications in the North.

Next, the Senate version will be reconciled with the House version of the bill. The House version passed last week, but a revised text of the bill is not yet available. According to an earlier version, there was no mention of these Arctic provisions. The differences between the two bills will be settled in committee before being signed into law by the President.