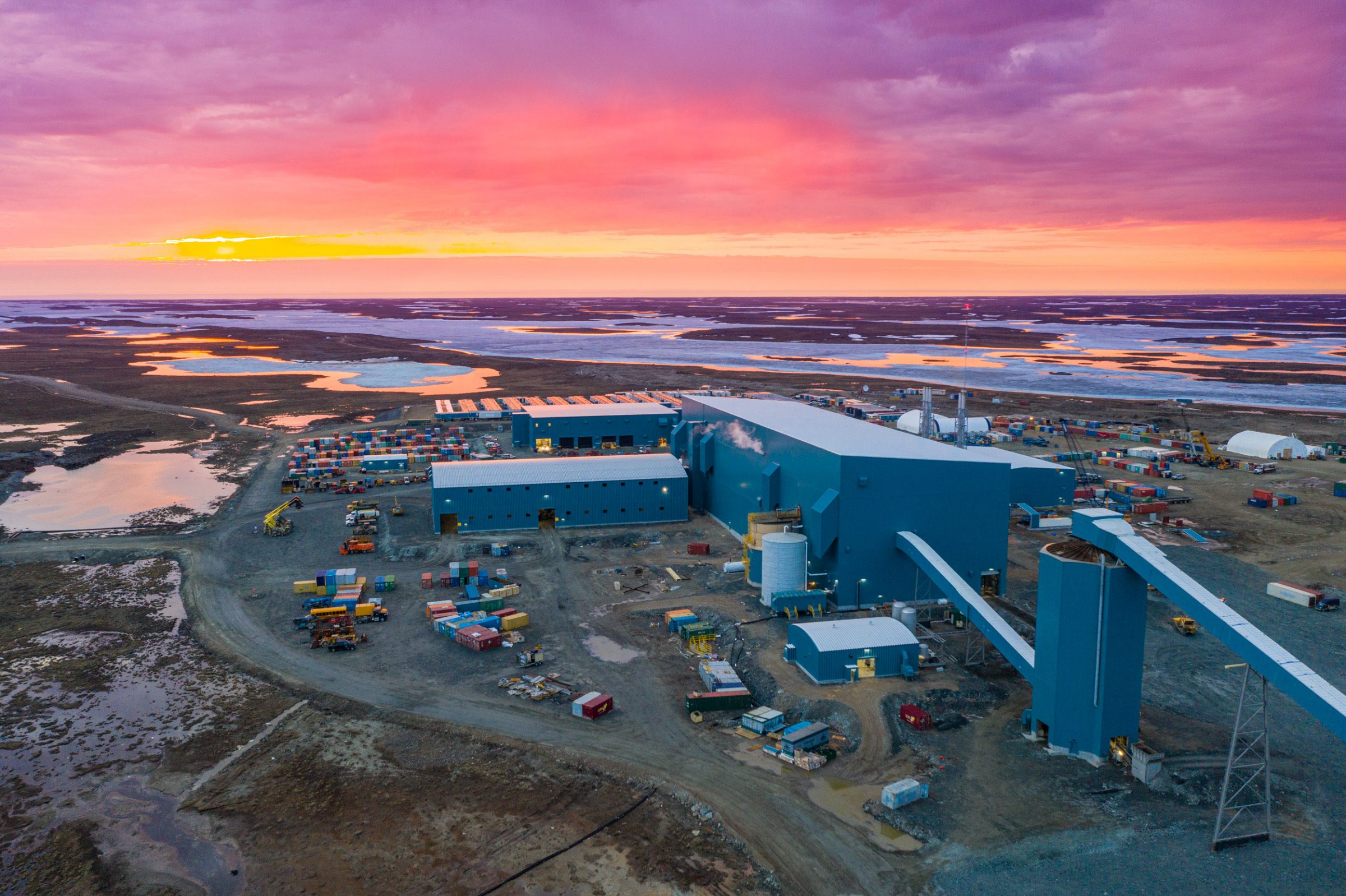 Agnico Eagle’s Nunavut workers wlll continue to receive 75 per cent of their base salaries, which costs the company about $1.4 million a month, the company says in its third-quarter financial statements. (Photo courtesy of Agnico Eagle)

Agnico Eagle’s shareholders have a lot to smile about this week.

That’s because, in spite of the COVID-19 pandemic, the company’s income soared during the third quarter of 2020—allowing them to increase their quarterly dividend payment by 75 per cent.

The company’s third-quarter financial statement, released on Wednesday, Oct. 28, shows Agnico Eagle recorded an adjusted net income of $189.2 million for the months of July, August and September this year.

That’s up from a net income of $76.7 million recorded for the same period in 2019. So shareholders will get a dividend worth 35 cents a share, a 75 per cent increase from the 20 cents paid out in the previous quarter.

At an annualized rate, that’s a dividend increase of $1.40 a share.

This follows a slower second quarter in which some of the company’s mines temporarily suspended operations because of the pandemic.

But in July, August and September the company came roaring back. Its financial success was driven by record production at some of the company’s gold mines, including Nunavut’s Meliadine and Meadowbank projects in the Kivalliq region, as well as record-high gold prices.

“Many of our operations set monthly or quarterly production records, which is a testament to the hard work of our employees and the continued support of our local communities in these difficult times,” Sean Boyd, the company’s chief executive officer, said in a news release.

Also during the third quarter of 2020, Agnico Eagle paid out $3.7 million to Nunavut-based workers who have been told to stay home for the duration of the pandemic.

Those workers are currently receiving 75 per cent of their base salaries, which costs the company about $1.4 million a month, the financial statement says.

And there’s no indication of when Agnico Eagle will bring those Nunavut employees back to their job sites.

“As at the date of this news release, no timeline and process has been set with community leaders, the Nunavut chief medical officer and government officials for their return to work,” the company says.

Apart from the wages paid to Nunavut-based workers at home, the company has also spent $2.8 million on COVID-19 costs.

“These costs relate mostly to the purchase of sanitizing equipment and consumables; procurement of non-medical masks; testing of employees; rental of trailers for screening; additional employee transportation; and supplies and health support to surrounding communities,” the news release said.

Across all the company’s operations—which in addition to Nunavut include gold projects in Quebec, northern Ontario, Mexico and Finland—123 employees have tested positive for COVID-19, as of Oct 27.

Most of those COVID-19 cases, 110, involved workers at Agnico Eagle’s operations in Mexico.

Overall, 105 Agnico Eagle employees have recovered from COVID-19, while 18 are still sick. Of those, 17 are experiencing mild symptoms and one is in hospital, the company said.

Those numbers include two employees at Meliadine whose positive tests were confirmed by a Quebec lab on Oct. 24 after they were flagged by the company’s own screening and testing system.

“The teams effectively managed the contact tracing and isolation of contact-cases and the follow-up of employees along with the public health department,” the news release said.

At the same time, the company plans to re-test employees five days into their work rotation to detect people who have been recently exposed to COVID-19, but in whom the disease was in incubation at the time of their arrival.

To do that, the company has set up a new testing lab at the Meadowbank complex to create more capacity for re-testing. That lab will also be used to test Nunavut-based workers when they return to work.

They’ve also started a program in Nunavut that they call “The Good Deed Brigade.”

Through that program, some of Agnico Eagle’s Nunavut-based employees in nearby hamlets are doing community projects like cleaning landfills and helping with training and mentoring programs.

The company plans a community tour in November to meet with stakeholders and employees in each Nunavut community.

“The government-mandated quarantine period will be complete and physical distancing and hygiene measures will be followed,” the news release said.

Meanwhile, Agnico Eagle has budgeted $13 million to cover the capital cost of installing what they call a proposed waterline, or pipe, to carry saline water from Meliadine to Melvin Bay.

The Nunavut Impact Review Board will hold a technical meeting on that proposal on Nov. 23 and Nov. 24.

They expect the NIRB to hold a final public hearing on it in February 2021.