But company still hauled in more money last quarter than a year ago, and it envisions a strong finish to 2020 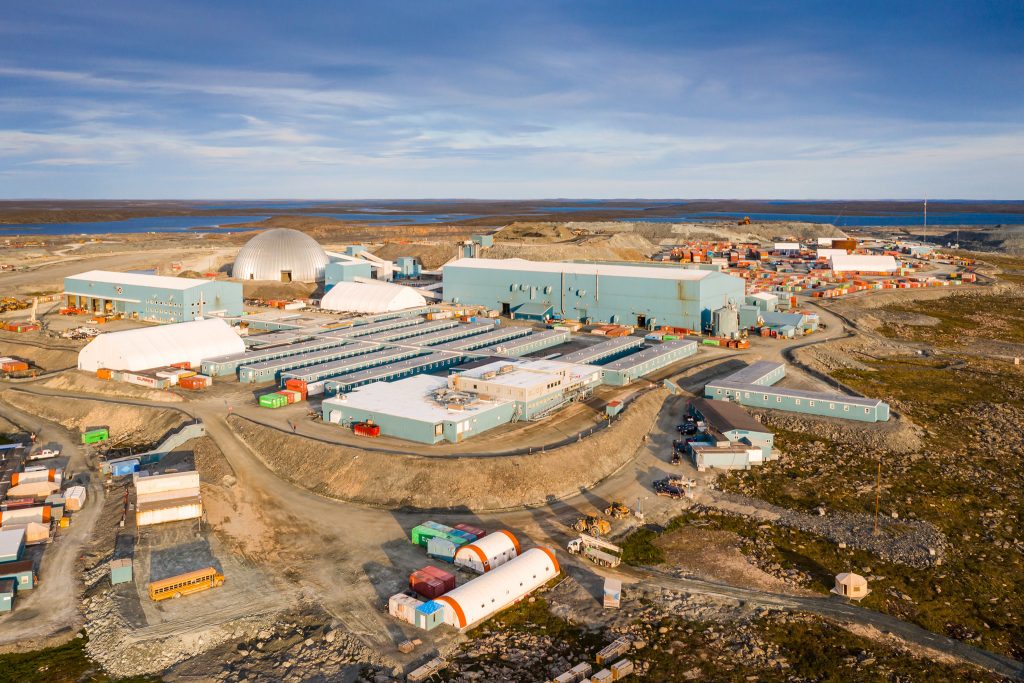 Agnico Eagle Mines Ltd.’s Meadowbank mine, which is located 110 kilometres north of Baker Lake in Nunavut, as seen in August 2019. (Photo courtesy of Agnico Eagle)

Agnico Eagle Mines Ltd. is spending $1.4 million per month to support its Nunavut-based workforce that’s been sent home during the COVID-19 pandemic, according to the company’s latest quarterly financial report.

Yet the company still found itself making more money during the second quarter of 2020 compared to last year’s second quarter, with a net income of $162.6 million, up from $126.3 million. That’s due to soaring gold prices and lower exploration and administrative costs, which ended up outweighing the burden of lower gold sales volumes and the cost of temporarily suspending operations once the pandemic hit.

“The second quarter was challenging given the global COVID-19 pandemic and its impact on our operations,” said CEO Sean Boyd in a statement that accompanied the financial report, released on July 29.

“While our business returned to normal production levels ahead of schedule in June, we did have seven of our eight mines on care and maintenance at one point during the quarter. We finished the quarter strong as our employees responded quickly and effectively with a plan to manage the mine shut downs and subsequent restart and ramp-up of operations while protecting the health, safety and well-being of our employees and the communities in which we operate.

“With the ramp-up of operations now complete and with July production expected to exceed 160,000 ounces of gold, the company is well positioned to have a strong second half with gold production expected to average 480,000 to 500,000 ounces per quarter with declining unit costs. As a result, we anticipate generating significant free cash flow in the second half of 2020.”

Its gold production guidance for 2021 and 2022 remains unchanged, with a midpoint of 2.05 million and 2.10 million ounces, respectively.

The company’s Nunavut mines operated at reduced levels from March 19 to early June. These reductions cost $8.1 million, according to the company.

While normal operations have since resumed, the company says it has no plans to return its Nunavut-based workers to its mine sites. These workers are receiving three-quarters of their normal salaries.

Agnico Eagle says it’s also spending $450,000 per month in Nunavut to help take preventive measures against COVID-19. These measures includes increased cleaning of equipment, the purchase of face masks, the testing of employees and supplies for surrounding communities.

“Agnico Eagle will continue to maintain high standards and strive to provide a healthy and safe working environment at each of its operations,” the company’s report states. “The company will continue to monitor the situation closely to respond promptly as needed.”

Two Agnico Eagle workers bound for the company’s Nunavut operations tested positive for COVID-19 at an off-site location, according to the report. Both workers have since recovered.

Melissa Bradley, the company’s community relations and communications superintendent, said that in both cases the workers tested positive while at home during their off period. The cases had not been previously publicized.

“The company does not report these cases since they were not on site, and there was no contact with other employees or community and the individuals do not reside in Nunavut,” she wrote in an email.

In the first case, a worker tested positive on March 13 while on vacation. That worker went into isolation and tested negative before returning to work in April.

In the second case, a worker started to exhibit COVID-19 symptoms during time off at home and later tested positive on July 2. On July 10, the worker had gone 72 hours without symptoms and isolation had been lifted. The worker remains at home and will be tested again before returning to the mine site.