“We can empower Inuit youth” 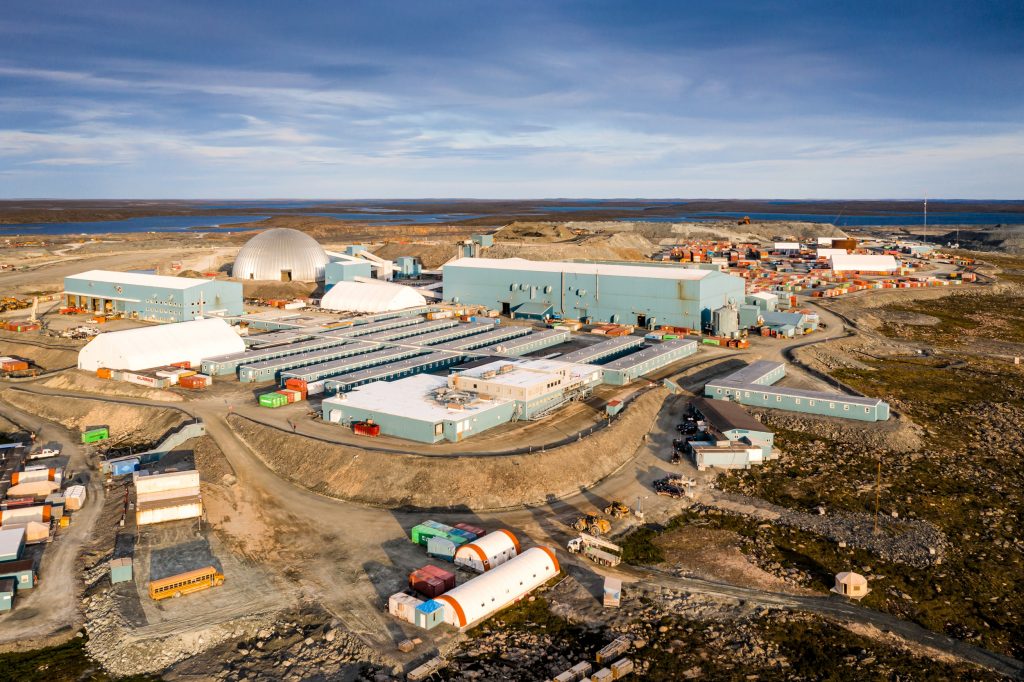 Agnico Eagle Mines Ltd., operator of the Meadowbank and Meliadine gold mines in the Kivalliq region of Nunavut, will contribute $5 million to mine training and mental health in the territory, says the company’s CEO, Sean Boyd.

This money is in addition to the $5 million that AEM promised in 2014 to contribute to a Nunavut university, Boyd announced at the Northern Lights trade show in Ottawa on Thursday, Feb. 6.

“We believe that by investing in this type of social infrastructure, we can empower Inuit youth—help them build personal resilience and pride and develop a set of life skills that will help them meet the complex challenges of tomorrow,” Boyd said in his lunch-hour speech.

Boyd said these contributions are closely connected to each other and reflect Government of Nunavut priorities. 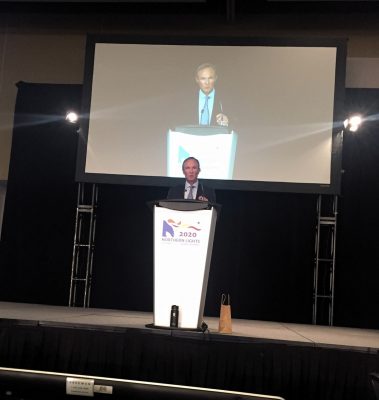 On the training component, he said the money will go to the mine training centre that the GN plans to build in Rankin Inlet.

That’s because lack of training is a major obstacle that bars many local people from taking advantage of technical and management opportunities at his company’s mines.

“We must ensure there is sufficient funding and flexibility to provide training that matches these opportunities with available workers,” Boyd said.

He also described how his company is already involved in training, including its popular pre-trade and apprenticeship program. Right now, three pre-apprentices, seven active apprentices and six graduates of that program are working for the company right now.

At the same time, he said Nunavut youth need purpose and a vision for the future, and that suicide has affected many Agnico Eagle employees and their families.

That’s why the company has decided to spend money on mental health.

“We don’t have all the answers yet as to what form our support will take, but we will be reaching out to key stakeholders and partners to help us understand the best path forward,” Boyd said.

He said his company wants to empower Inuit youth and help youth build personal resilience, pride and life skills that will help them in the future.

As for the $5 million for a university in Iqaluit, which Agnico Eagle chair James Nasso announced about six years ago, that money is still on the table.

“And what about higher education? Canada is far behind other circumpolar nations in providing university education to its northern residents,” Boyd said.

And he said his company’s long-term goal is to have its mines operated and run by Nunavummiut.

“We know this is possible, we have achieved it at our sites in Europe and Mexico,” he said.

In his speech, Boyd also told his audience about the money that Agnico Eagle has transferred to Inuit organizations.

“Since 2007, we have paid more than $109 million in royalties and fees to both Nunavut Tunngavik Inc. and KIA [Kivalliq Inuit Association], Boyd said.

And over the next 15 years, he said the company expects to pay more than $450 million to Inuit organizations.

He also listed other ways in which Agnico Eagle has contributed to the economy of Nunavut:

• A workforce that has grown to 2,400 employees—the largest private-sector workforce in Nunavut—at Agnico Eagle and its contractors, of whom 438 are Inuit.

• An annual Nunavut payroll of more than $100 million, with almost $29 million going to Inuit employees.

• Spending of about $500 million on about 50 Inuit businesses, representing 57 per cent of Agnico Eagle’s spending in the Kivalliq region.

• The construction of about 200 kilometres of roads, making Agnico Eagle the largest road builder in Nunavut.

Boyd repeated remarks he made last month at the Canadian Club Toronto, where he called for a comprehensive Arctic strategy.

He said such a strategy must address three issues: building critical infrastructure, unlocking the power of training, and investing in cleaner and more affordable energy.

“We come to the table with open minds, mutual respect and trust to help bring prosperity and a better of quality of life to Nunavut and Canada’s North,” he said.