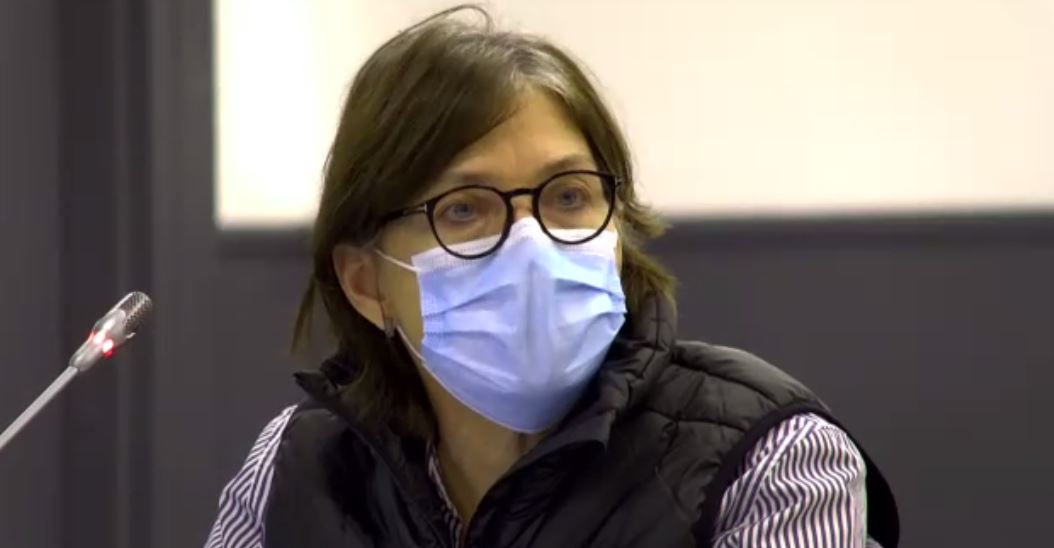 A community roundtable wraps up Friday on a mining company’s plans to build pipelines north of Rankin Inlet to pump salty water into a nearby bay.

Agnico Eagle Mines Ltd. wants to build a pair of 34-kilometre pipelines from Meliadine mine to Melvin Bay, located in Hudson Bay, to dispose of saline groundwater from the underground mine and potentially contact water collected at site. The company is currently trucking this effluent to the bay.

The company says it expects the amount of salt water being released into the bay to increase seven-fold by 2022, to 12,000 litres per day, up from 1,600 cubic metres per day. That is comparable to 40 1,400 square-foot, three-bedroom houses filled with ocean-like water being dumped into the bay every day.

Without the water pipes, truck traffic to transport the treated water would increase to 300 trucks per day, from 40 trucks a day now, according to the company’s presentation slides.

During question period, company representatives said there would be a 100-metre designated offloading area in Melvin Bay, and that they do not expect it to harm marine life.

The Nunavut Impact Review Board meeting heard concerns from Inuit that mining in the area could be harming wildlife.

Chesterfield Inlet councillor Leonie Mimialik told the meeting on Thursday she has seen fish caught with no scales and un-harvestable caribou over the last year.

“That’s our food,” Mimialik said. “This is our land. It is not anybody else’s land.”

Leclair said the company used Inuit traditional knowledge, as well as science, to draft mitigation plans, such as a detection system for leaks in the waterline.

Levinia Brown, a former mayor of Rankin Inlet and former territorial cabinet minister, said she was pleased to hear that there will be two smaller pipelines rather than one bigger one, and that they will be mostly covered or buried — a result of Inuit and the company working together.

The company has also committed to a long-term adaptive management plan, a toll-free number for residents to report problems, and to taking the pipeline apart and restoring the landscape when the mine is finished.

Still, some residents, including Brown, expressed concern that the noise and vibrations of rushing water through the pipeline will scare caribou away from the area.

She shared a story of when she went hunting near the Meliadine mine and saw a herd of caribou coming towards her. She said nearby, there was a group of construction workers with heavy machinery who didn’t see the caribou, and the herd didn’t pass. She said there were no monitors and no adaptive management.

“I see our land being damaged,” Brown said.

Her story, though, ended in a more hopeful tone.

“When there’s [damage] or impacts, we have to discuss it. Don’t point fingers. Don’t put others down,” she said.

Agnico Eagle staff said the pipeline wouldn’t be built during migration season, and 80 to 90 per cent of the pipelines will be covered or buried to reduce noise and vibrations. There will be designated crossing structures to allow caribou to pass the pipes and adjacent road, and the company will have noise monitoring systems in place.

This story has been updated to describe this week’s meetings as a community roundtable. It’s also been updated to specify that the effluent is from saline groundwater from the underground mine and potentially contact water collected at site.