Round trip rescue from Gander, N.L., lasted more than 12 hours 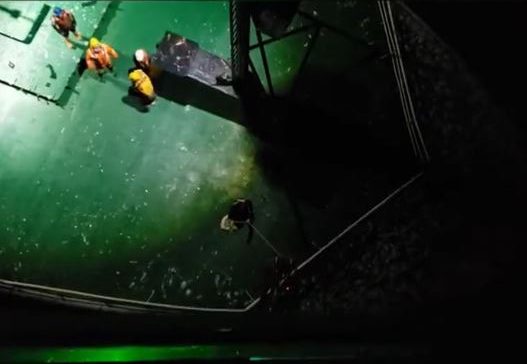 The 103 Search and Rescue Squadron from Gander, N.L., rescued a member of a fishing crew of the coast of Kangiqsualujjuaq last week. (Screenshot of Twitter video by Joint Rescue Coordination Centre)

A Royal Canadian Air Force search-and-rescue squadron was called to airlift a sick crew member from a fishing trawler off the coast of Kangiqsualujjuaq last week.

The incident occurred overnight between Oct. 14 and 15 and involved the 103 Search and Rescue Squadron, out of Gander, N.L., according to Lt.-Cmdr. Len Hickey, a senior public affairs officer with Joint Task Force (Atlantic). 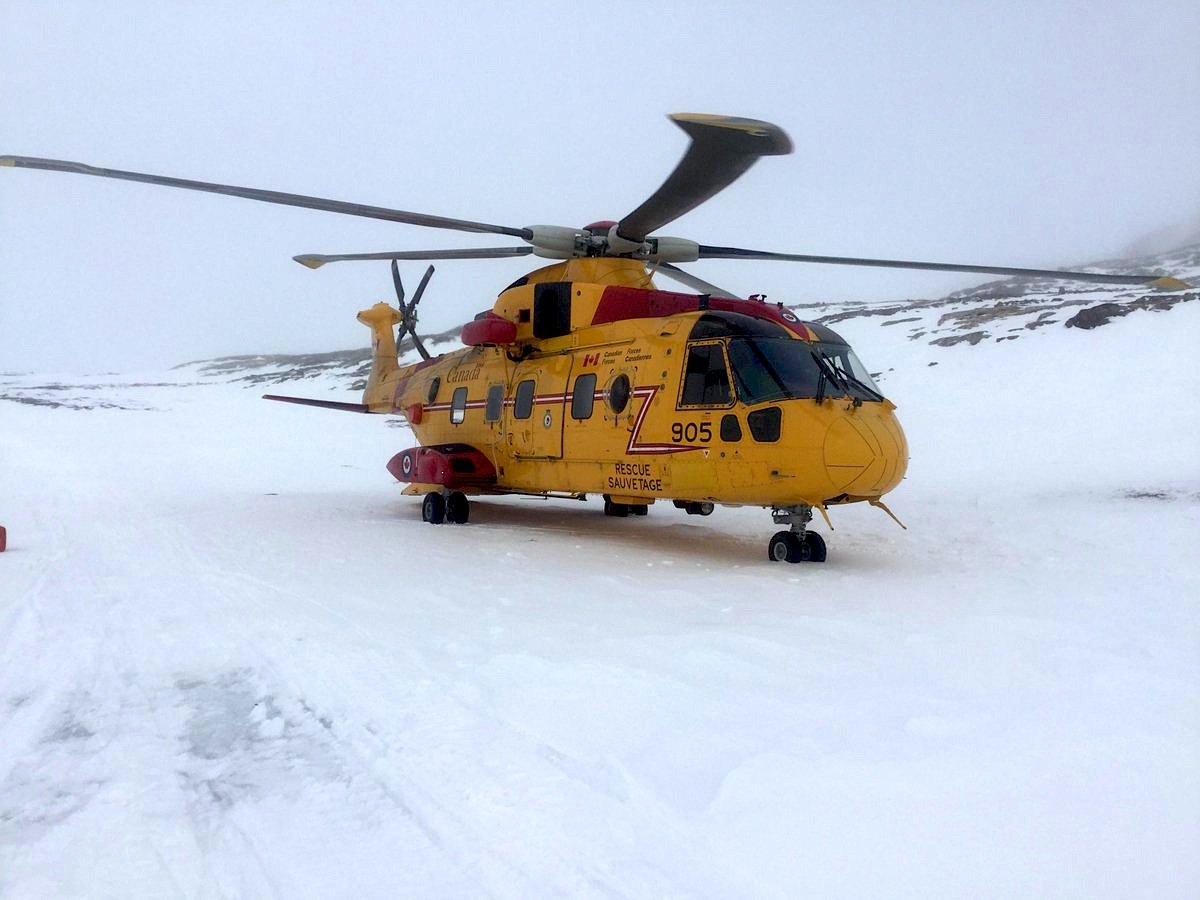 A CH-149 Cormorant helicopter similar to this one was used to rescue a crew member from a trawler off Kangiqsualujjuaq last week. (Photo
courtesy of the Joint Rescue Coordination Centre)

He said a CH-149 Cormorant helicopter and crew flew to Kangiqsualujjuaq, stopping midway to refuel at Goose Bay in Labrador. The entire flight lasted about seven hours and covered a distance of more than 1,300 kilometres.

In an email, Hickey said “the crew proceeded to the vessel and hoisted the ill crew member into the helicopter, flying him to Goose Bay where he was transferred to hospital in stable condition.”

He said he could not identify the person who was rescued, nor could he comment on their condition after they were transferred to hospital. Goose Bay is more than 500 kilometres from Kangiqsualujjuaq.

The Canadian Armed Forces’ Halifax-based Joint Rescue Coordination Centre posted a video of the airlift to Twitter this week.

Weather was favourable for the rescue, Hickey said, but other factors made it challenging. Specifically, the crew had to navigate to a remote location in the north in the middle of the night, where options to land and refuel are more limited.

“Specific to this mission, a challenging factor was the distance of the fishing vessel from our air assets, as well as the isolation of the location of the incident,” Hickey wrote.

“Conducting a medical evacuation from a fishing vessel is another challenge as well, which required in this circumstance, a hoist from the helicopter.”

After the patient was dropped off in Goose Bay, the search and rescue squadron flew back to Gander, Hickey said. The mission lasted more than 12 hours.