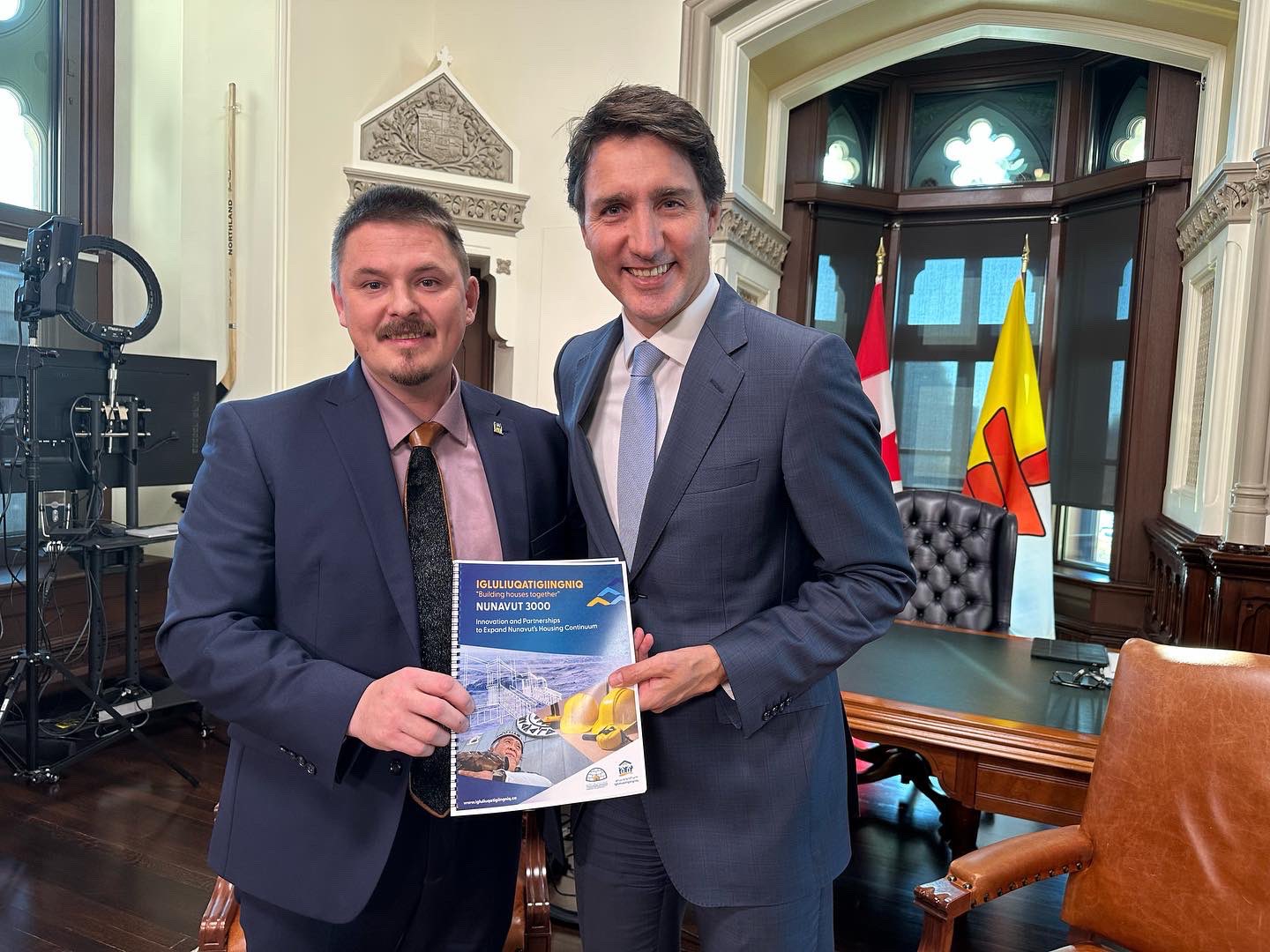 Part of their talk focused on the launch of the Nunavut 3000 strategy, formed by the Government of Nunavut and Nunavut Housing Corp. earlier this month with a goal to build 3,000 new housing units by 2030.

In an interview with Nunatsiaq News, Akeeagok said the GN and NTI jointly requested $500 million from the federal government to help fund the Nunavut 3000 strategy and the Nunavut Inuit Housing Action Plan.

“The bilateral meeting was very positive, we had very good discussions with the prime minister,” Akeeagok said.

“We’ve really done a lot as a territorial government and in partnership with NTI, who’s been very ambitious as well with the strategy that they’ve taken on Inuit housing.

“Those two strategies align so well, which is really building homes right across the 25 communities we serve.”

In a news release, Trudeau acknowledged the amount of collaboration it takes between government and Inuit organizations to come up with a project like this.

“[It’s] a positive step in advancing progress on housing issues in the territory,” he said.

Akeeagok and Trudeau also discussed working toward a Nunavut devolution final agreement, which would allow the transfer of some powers and authorities from the federal government to the territory.

“We talked about the importance of concluding the agreement. We’re very optimistic that I think we’re going down that right path,” Akeeagok said.

During his visit to Ottawa, the premier also met with representatives from Kivalliq Inuit Association who were at Parliament Hill discussing the Kivalliq Hydro Fibre Link, which would bring clean energy and high-speed internet to five Nunavut communities.

Akeeagok also made a surprise appearance at his alma mater Nunavut Sivuniksavut, talking with students at the Inuit school downtown.

“Just 20 years ago to this year, actually, I attended [my] first-year students fresh out of Grise Fiord … it’s been one of the most memorable experiences of my life having gone through the program myself,” he said.

This story has been updated to include comments from an interview with Premier P.J. Akeeagok