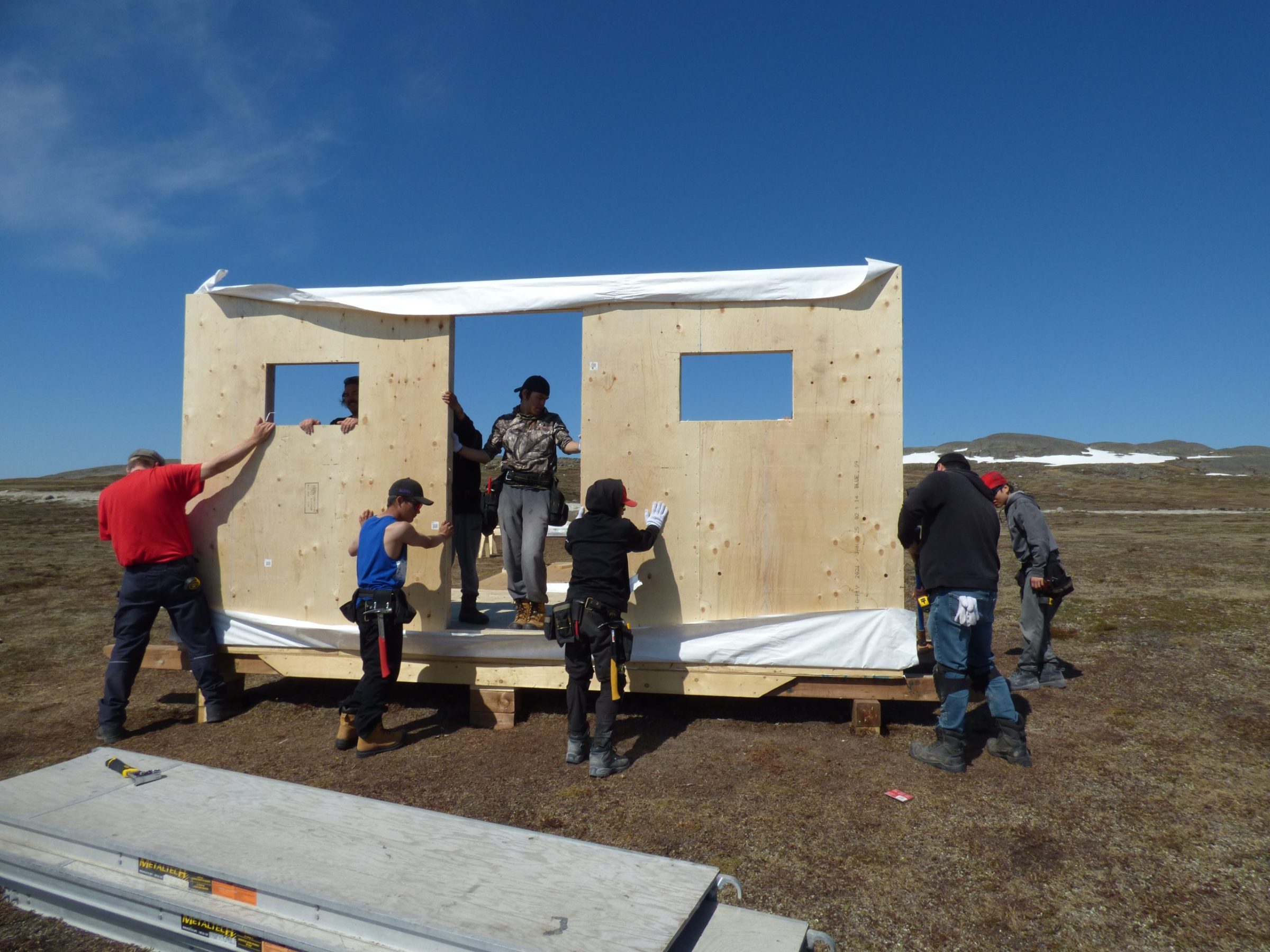 Youth in Akulivik spent three weeks building a cabin on the land for their community as part of the Ikaartuit program, which teaches carpentry skills and self confidence. (Photo courtesy of Jessica Guimond-Villeneuve)

A new cabin is ready for use near Akulivik, thanks to a group of local youth.

The group, ages 15 to 20, took part in the Ikaartuit program, which mainly focuses on developing carpentry skills, but also includes cultural activities on the land.

“[The] project was really a big success this year,” said Hugo Dufresne, the general manager of Jeune Karibus, in an interview with Nunatsiaq News.

“For the whole three weeks, they showed up every morning, ready to work, doing such a great job with the cabin.”

The cabin, which is now available for community members to use, is the second of its kind to be built as part of the Ikaartuit program. In 2021, a group of youth took part in a similar cabin construction project in Kuujjuaq.

The program is mostly focused on empowering at-risk youth in Nunavik who might be struggling to stay in school, Dufresne said. Over the course of the three weeks, the participants earn a carpentry certification and develop their skills with various construction tools.

“I think the biggest thing [participants] can get from it is self-confidence,” he said.

“By being confident in what you are and the skills that you have, you can make change in what happens in your life.”

Allie Qinuajuak, one of the youth participants in the Akulivik cabin project, had positive things to say about his time working the internship.

In a message over Facebook messenger, Qinuajuak said “it felt amazing being [a] participant.”

Qinuajuak said he learned a lot about using tools and he hopes to apply his newfound skill to other construction projects in the community.

Ikaartuit program is funded by Nunavik’s school board, Kativik Ilisarniliriniq; the Kativik Regional Government through its ESUMA program which encourages youth to stay in school and its Sanajiit project, which funds sustainable development; and Makivik Corp.

The youth participants were paid for their work.

The cabin project will happen again next year, Dufresne said, most likely in Aupaluk. The supplies for next year’s build are expected to arrive this summer during the sealift, and will be ready for construction by next summer.

“Our main goal as of now will always be to reach for smaller communities … where, usually, not that much can happen during summer,” he said. “Aupaluk is a perfect aim for us next year.”

Correction: This story has been updated from an earlier version to indicate that Kativik Ilisarniliriniq is the school board for Nunavik.