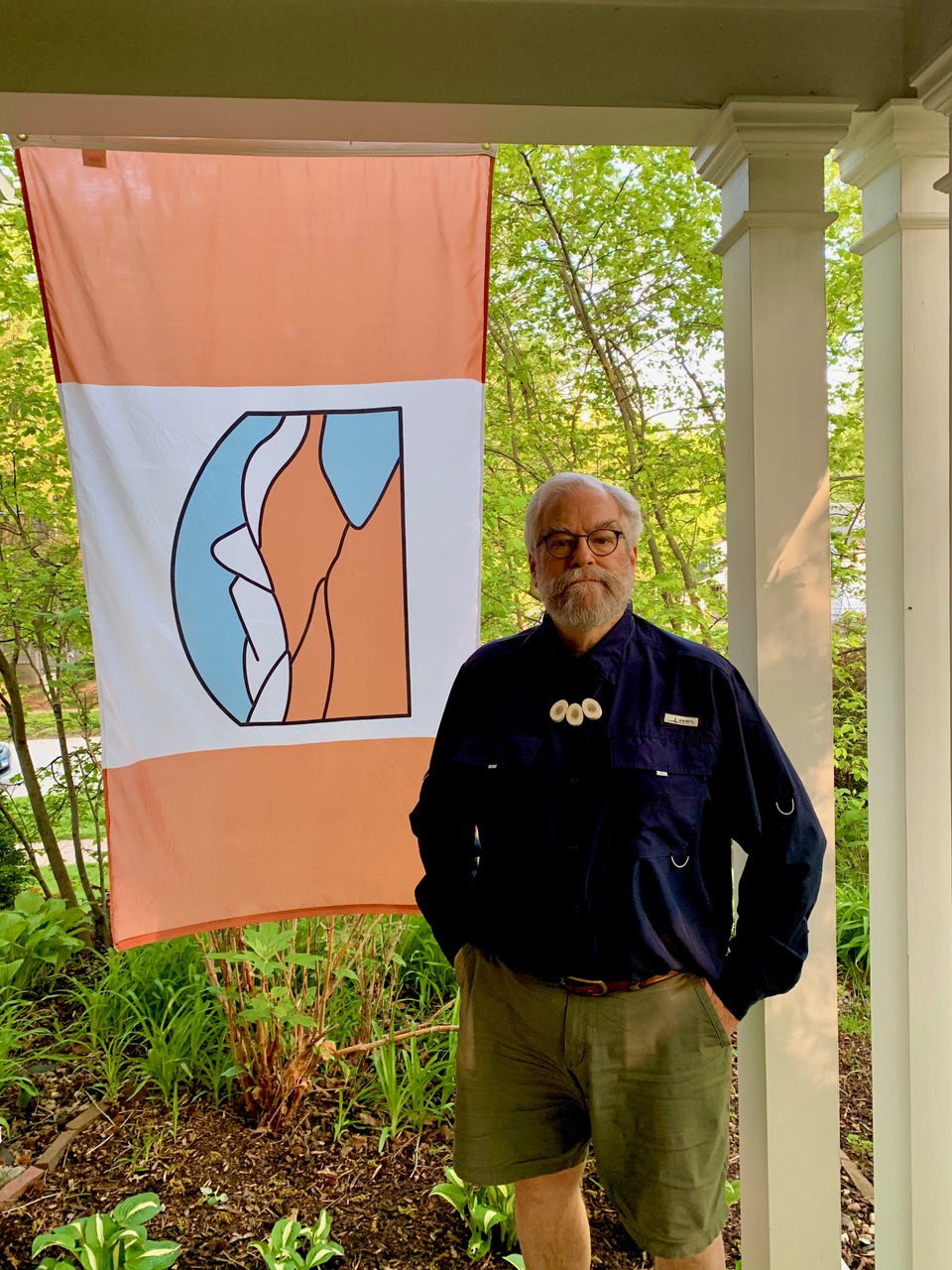 Richard Mohr poses with his Grise Fiord flag outside his home in Urbana, Illinois. (Photo courtesy of Richard Mohr)

Richard Mohr remembers his first taste of the North. He was in Rankin Inlet, stepping onto the airport runway when a brisk wind struck him and the other passengers with sudden, forceful gusts.

“I thought I was going to be blown away all the way to Europe,” he said in a phone interview from his home in Urbana, Ill., about 200 kilometres south of Chicago.

“Hats were flying off the heads of everyone, everywhere you looked.”

That moment is etched deep in his mind, but the retired University of Illinois philosophy and classics professor has many other memories of Canada’s North and the beauty of its landscapes, culture and people. He said they have brought him back to locations like Iqaluit, Kinngait, south Baffin Island, Nunavik and Nunatsiavut over the past decade.

However, when the pandemic struck and the reality set in that he wouldn’t be able to make his semi-annual trips anytime soon, Mohr thought about how he could bring a piece of the region to him.

His solution arrived this month in the form of one Grise Fiord flag, a Nunatsiavut flag and the proposed flag for Nunavik. Mohr spent US$200 to have the three of them custom made and then waited about nine months for his order to come in. But it was well worth the wait, he said. 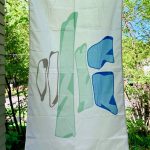 An Inuksuk is featured on the flag of Nunatsiavut, which was adopted by the Labrador Inuit Association nearly 50 years ago. The white, green and blue colour scheme is borrowed from the Labrador flag. (Photo courtesty of Richard Mohr)

“They’re beautiful,” he said. “The Grise Fiord flag, it’s just a sort of portal into nature. The proposed Nunavik flag that Thomassie [Mangiok] recommended, it’s a gorgeous design … but all three, they all remind me of great experiences.”

Mohr considers himself a flag aficionado and has about 20 other flags in his home, but said it was difficult to get his hands on the three northern banners he requested. They aren’t widely circulated among flag-makers or suppliers, he explained.

For Thomassie Mangiok, who designed the proposed Nunavik flag, it was meaningful to see Mohr display his work, especially after asking him for permission.

“This flag, it is a symbol for the people of Nunavik, our culture, our dreams, what we are trying to accomplish,” Mangiok said in an interview. “To see people from all over the world, printing the flag and hanging it with the purpose of recognizing and remembering the region, I think it’s well done.” 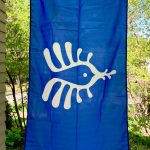 While Mohr said he has been sharing news of his pandemic project with Canadian friends and those in the Inuit art world, he hopes to not only bring some awareness to the hamlets and their regional identities, but also build some momentum so that the flags can become more widely available. After all, he added, if the North has contributed so much to his life, he can try to reciprocate the best way he knows how.