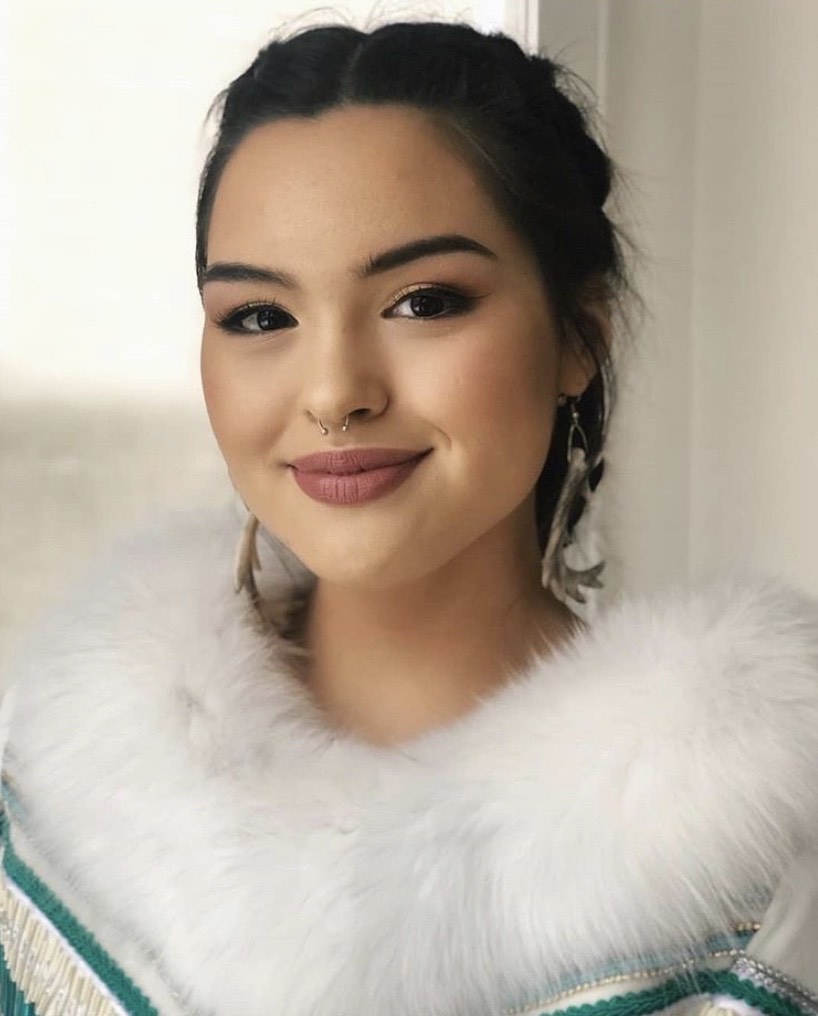 Iqaluit-born actress Anna Lambe has nabbed a Canadian Screen Awards nomination for Best Supporting Actress in a drama, for her role in Trickster. (Photo provided by CBC)

Nearly one week after learning she had nabbed her second Canadian Screen Awards nomination, Iqaluit’s Anna Lambe says the news still hasn’t quite sunk in.

“I’m still having a hard time wrapping my head around it,” she said. “The shock of it doesn’t wear off.”

Lambe said she thought her nomination for her role in The Grizzlies in 2019 was a fluke and didn’t expect it to happen again. Now, she’s up for the award of Best Supporting Actress in a drama for her role in Trickster.

The TV series follows the main character, Jared, as he tries to keep his struggling family together. The Indigenous teenager’s trickster powers start to show when he meets Lambe’s character, a foster child who moves into the house across from his, who is on a search for her birth parents.

“This time around, it really hit me in the gut,” Lambe said about her latest nomination. “It just really solidified every doubt I had about my acting career or my skill level.”

After The Grizzlies, a movie about a lacrosse team in Nunavut created to help address youth suicide in Kugluktuk, wrapped up shooting, Lambe said she didn’t expect to act again.

Lambe then finished high school and pursued her university studies in international development at the University of Ottawa.

It was after her first year of university she saw a casting call for Trickster, a new series by CBC, and decided at the last minute to audition for the role of Sarah.

After a couple call-back auditions, she got the news.

Lambe said she felt a connection with her character from the start.

“She doesn’t care about what preconceived ideas of being Indigenous are, what an Indigenous young woman should look like … I found so much confidence in playing [her] and she sticks with me close to my heart to this day.”

Now in her third year of university, Lambe took a semester off to film the first season of Trickster in North Bay — a very different experience from filming The Grizzlies, she said.

“I got a trailer and I was just so pumped … it was like going from Iqaluit to what felt like Hollywood.”

Lambe is one of five women nominated for the Best Supporting Actress award, with four of the five being Indigenous.

“I never dreamed about acting growing up, because it was so rare to see Indigenous women in mainstream media … the closest feeling to representation for me was Dora the Explorer,” Lambe said with a laugh.

“To see so many amazing Indigenous women making strides in film and television … it’s super empowering, and I hope other Indigenous youth see it.

With the film industry slowing down amid the COVID-19 pandemic, Lambe said she has been exploring a new art form.

“I’ve found a love for beadwork … it’s been a great creative outlet.”

The actress has also been focusing on community advocacy work over the last year.

“It’s been a really good time to reflect on our position in our lives, like our privileges and our biases,” said Lambe. “ We have to recognize how we can empower and support other people.”

She has been offering class sessions through Connected North, a virtual teaching platform that connects Indigenous creatives to Northern youth.

She taught one session on how to get involved in the arts and another on practising self-care while in the North, with limited mental health resources.

Lambe is still in Ontario and hasn’t been able to travel back to Iqaluit, where her parents and siblings still live, since December.

“It’s been really hard to be stuck away from home,” she said.

Because of the distance, Lambe couldn’t watch Trickster with her family as it aired, but they discussed each episode over Facebook, she said. They were finally able to watch a few episodes together when Lambe went home for Christmas.

After its first season, Trickster — based on Eden Robinson’s novel, Son of a Trickster — was not renewed for a second season following news that the director is not Indigenous, as she previously claimed.

“Tricksters is one of those experiences I would never trade for the world,” said Lambe, who is continuing to pursue acting and working on finishing her degree.

The Canadian Screen Awards will be streamed live from May 17 – 20.