“Integrating our two companies will require a tremendous amount of planning, coordination and hard work” 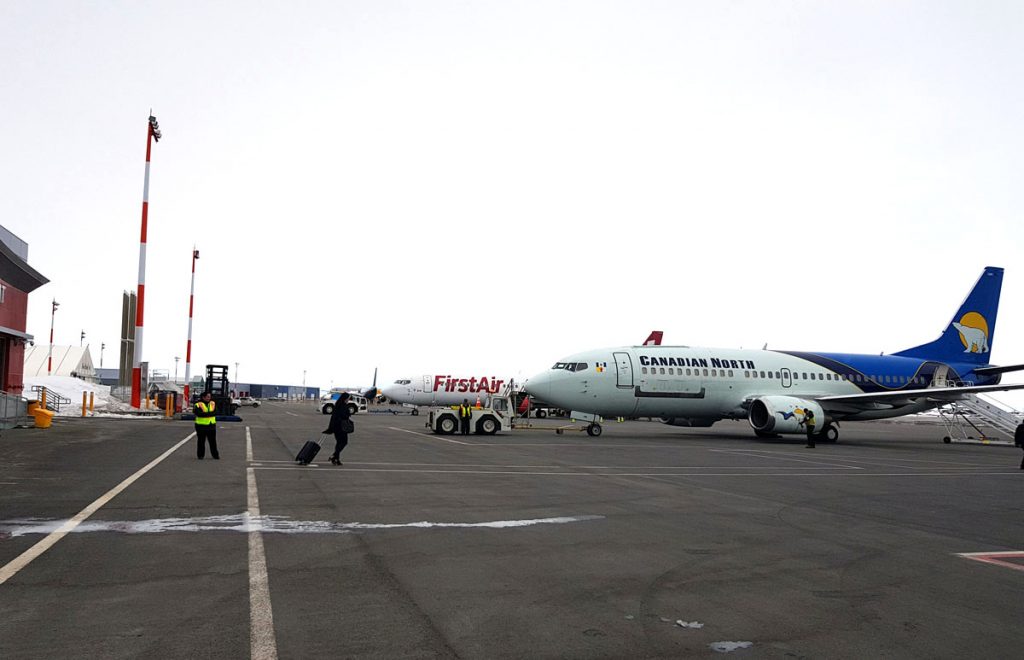 The complex work of fusing First Air and Canadian North into a single pan-Arctic airline will take between 18 and 24 months, the new airline’s incoming CEO and president, Chris Avery, said on Wednesday, July 10, in a message to stakeholders. (File photo)

The complex work of fusing First Air and Canadian North into a single pan-Arctic airline will take between 18 and 24 months, the new airline’s incoming CEO and president, Chris Avery, says in a message to stakeholders.

Transport Canada, following a decision by the federal cabinet, approved the merger last month, subject to a long list of terms and conditions aimed at protecting northern consumers from the monopoly that the merger will create.

Avery’s message, issued on Wednesday, July 10, said the owner of First Air, Makivik Corp., and the owner of Canadian North, the Inuvialuit Development Corp., have completed the transaction that’s required to merge the two businesses.

That means they’re now ready to start the complicated tasks required to integrate their workforces, facilities, aircraft fleets, flight reservation systems, flight schedules and other parts of their businesses.

“Because of the complex nature of the airline industry and the many essential services we provide, integrating our two companies will require a tremendous amount of planning, coordination and hard work, to be completed within distinct phases,” the message said.

And it could take up to two years before the merger partners will have unified their maintenance operations and consolidated their fleets to enable them to transition towards obtaining a single air operator certificate from the federal government, the message said.

Throughout that process, the merger partners will take a “communities first” approach in light of the vital role they play in northern Canada.

“We fully understand that our customers depend on us for every aspect of their lives and that in order to fulfill this crucial role, we must maintain safe and sustainable operations at all times.” 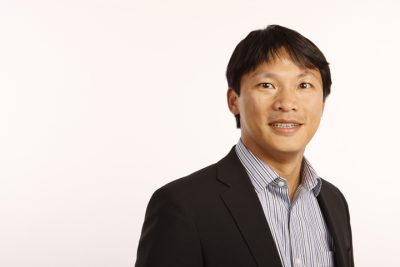 Avery, who succeeded Brock Friesen as boss of First Air this past October, has been named incoming head of the merged airline.

“As incoming president and CEO of the merged Canadian North, I look forward to leading our teams through this exciting transformation, incorporating the unique strengths and abilities of our dedicated and caring team members,” Avery said.

The statement confirmed that the new airline will be branded as Canadian North, but will continue to use First Air’s inuksuk-themed logo.

No word on potential job losses

The statement from First Air doesn’t say whether merging the two work forces will lead to job losses, and the airlines give no details on how they will merge facilities like hangars and cargo warehouses.

However, the cabinet order setting out terms and conditions for the merger says any reduction in job numbers in the merged entity’s operations in Nunavut and the Northwest Territories should be achieved primarily through attrition.

And the merged entity must create an Inuit training and development program “to increase Inuit representation across all parts of the merged entity’s operation and management,” the federal government said. 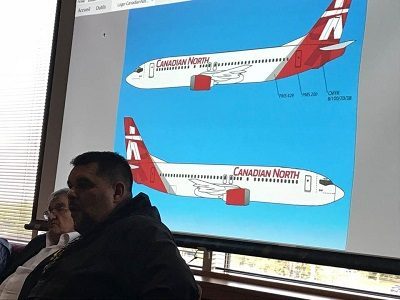 For its part, the companies say they will continue to focus on recruiting Indigenous people.

“Our goal will be to lead our industry as a top employer, with continued focus on recruiting Inuit and other Indigenous team members for excellent careers within the aviation sector,” their message said.

And the two companies do say they’ll use a phased approach to merge the two airlines.

That means that in the short term they will:

• Allow scheduled services customers to continue booking, flying and shipping cargo with either airline with no significant changes.

• Allow charter clients, partners or vendors to continue working with the staff and departments they’re familiar with.

For the longer term, the new airline will:

• Develop a combined flight schedule to enable customers of both airlines to book any flight operated by Canadian North or First Air.

• Work to expand Canadian North’s Aurora Rewards loyalty program to all scheduled flights operated by First Air, so that customers of both airlines have the ability to earn Aurora Rewards points and Aeroplan Miles that can be redeemed for free flights.

And later this year and beyond, they will:

• Roll out a unified “Canadian North” brand, featuring the First Air’s inuksuk logo on their livery, signage and other materials.

• Merge the two workforces in a gradual process that will be done “hand-in-hand” with work on flight reservations systems, fare products, operational processes, fleets and facilities.

• Do more diversification by expanding activities like their charter business.

And their message repeats their oft-state rationale for the merger.

“The highly inefficient status quo of two airlines operating overlapping flight schedules with aircraft capacity that far exceeds demand on most of our routes has contributed to higher airfares and cargo rates and impeded our ability to invest in improving our operations.”

But the merged airline will operate more efficiently and serve everyone better, the message said.