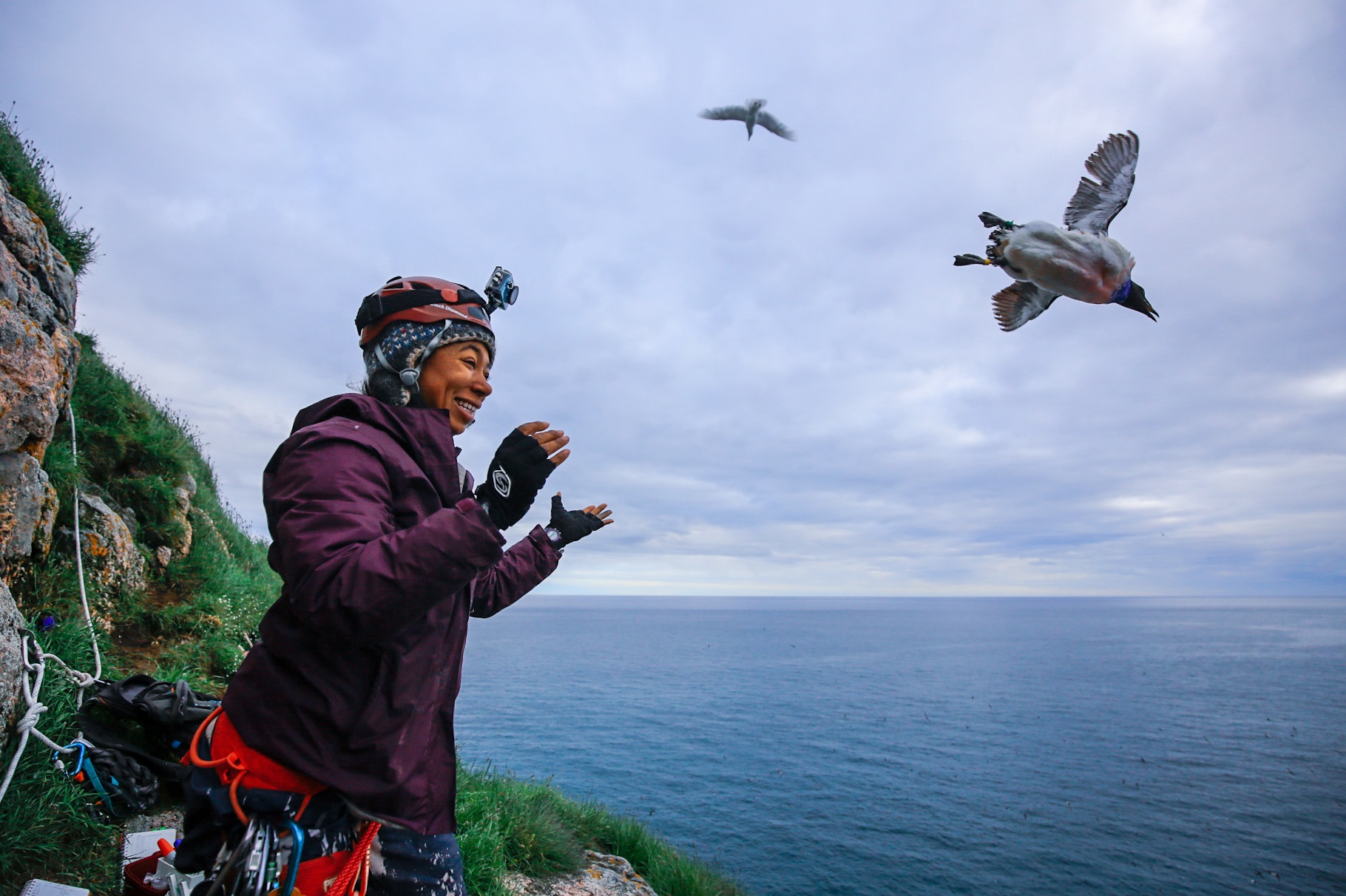 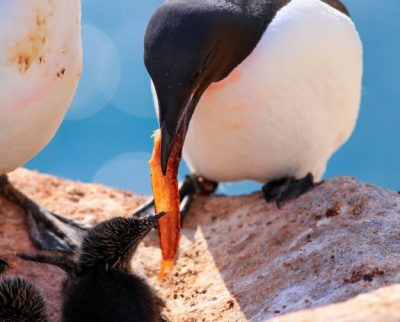 A thick-billed murre feeding its young on Coats Island. (Photo by Douglas Noblet)

Thick-billed murres are feeling the heat from climate change — more so than other Arctic species, new research has found.

The black-plumed Arctic seabirds nest for hours on exposed cliffs, making them particularly vulnerable to sun and warming temperatures, according to Emily Choy, a McGill University biologist.

Choy’s research focused on a colony of murres on Coats Island in Hudson Bay, located about 100 kilometres southeast of Coral Harbour.

In the summer months, female and male murres each take 12-hour nesting shifts along narrow cliffs on the island, exposing them to direct sunlight for long stretches of time.

To stay cool, they pant and flap their wings.

Choy’s research found that with temperatures even as low as 21 C, the birds had to increase their water loss to remain cool.

“We discovered that murres have the lowest cooling efficiency ever reported in birds, which means they have an extremely poor ability to dissipate, or lose, heat,” said Choy, the study’s lead author and a post-doctoral fellow in the Department of Natural Resource Sciences at McGill University.

“They have a very high resting metabolic rate, an adaption to stay warm,” she said, referring to the amount of energy the animals expend. “But obviously, under warm temperatures, that’s a disadvantage.”

Choy and her fellow researchers exposed the murres to increasing temperatures in a controlled chamber, and then measured their breathing rates and water loss.

They found larger birds were more sensitive to heat than smaller birds.

The average high temperature for July in that region of Hudson Bay sits at about 14 C, though it’s not uncommon for temperatures to push above 20 C in the summer months, particularly as the Arctic is warming at roughly twice the global rate.

The Coats Island murre population is healthy and stable right now, but Choy said the stress the birds may be feeling from rising temperatures could have longer-term impacts on their behaviour, reproduction and ultimately, the birds’ survival.

The study, recently published in the Journal of Experimental Biology, is the first to examine heat stress in large Arctic seabirds.

Next, Choy hopes to be able to study the impact of heat on murres directly in their climate, or nests, to determine the impact of rising temperatures.

“There really hasn’t been a lot of study of heat stress on Arctic wildlife,” she said.

She said she hopes her research will prompt conservation efforts to better protect the birds’ habitat from other stresses, like shipping or oil and gas exploration.

You can read the full study here.