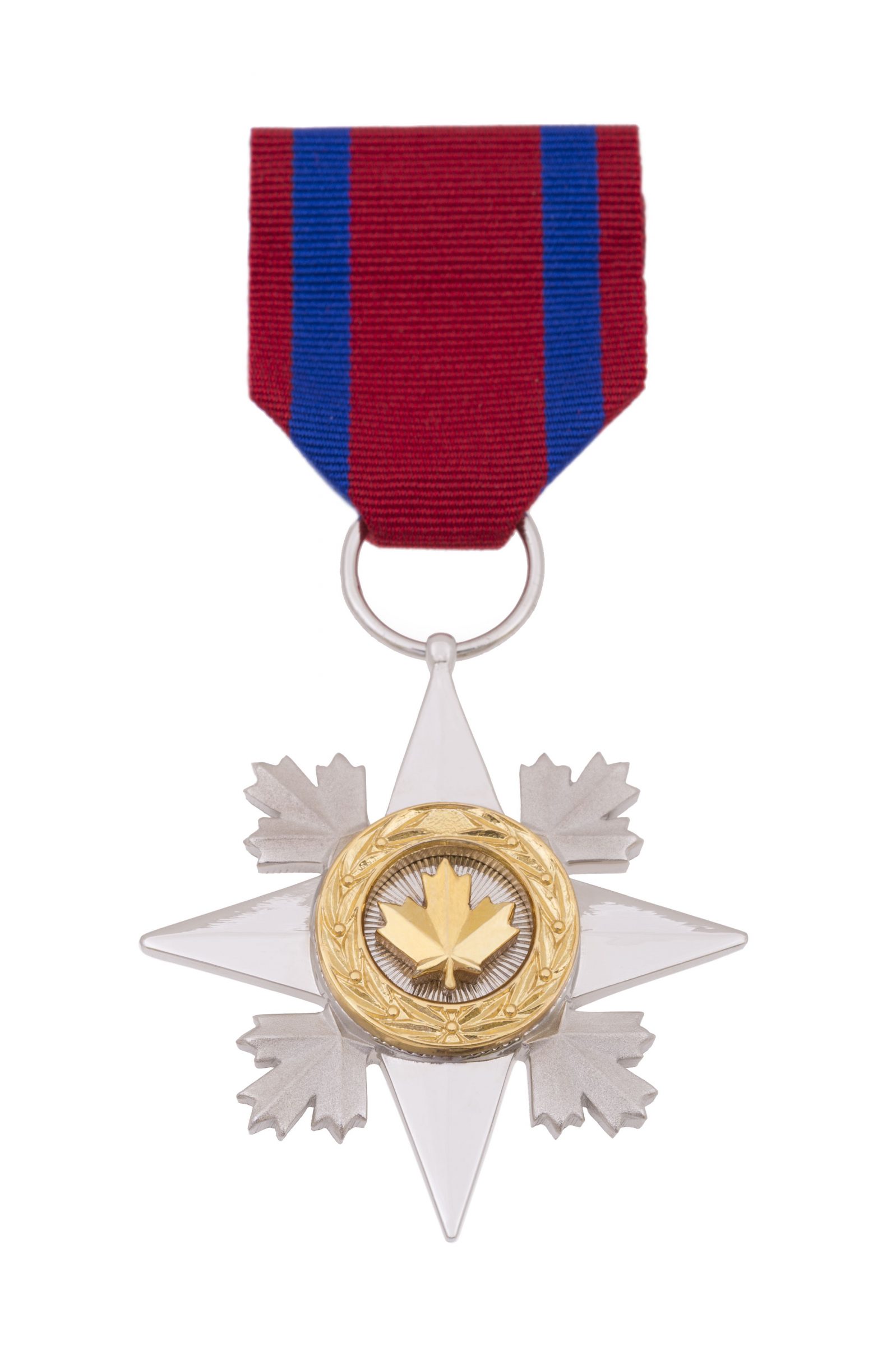 Here’s the Star of Courage medal that Canada has posthumously awarded to the late Aaron Gibbons of Arviat. (Photo courtesy of Sgt. Johanie Maheu, Rideau Hall)

The late Aaron Grant Gibbons, 31, of Arviat has been posthumously awarded Canada’s Star of Courage medal for his actions in July 2018, when he gave his life to protect family members from a polar bear attack.

Governor General Julie Payette announced the honour in the Jan. 4 issue of the Canada Gazette, based on the recommendation of the Canadian Decorations Advisory Committee.

The Star of Courage is awarded to those who perform acts of conspicuous courage in circumstances of great peril, the Rideau Hall website says.

For the people of the Kivalliq region, Gibbons will always be remembered as a selfless man who gave his life to save his children.

Gibbons died on July 3, 2018, while harvesting eggs with his children on Sentry Island, about 10 kilometres from Arviat, when an aggressive polar bear approached them.

He put himself between the bear and his family members, and told them to go to the family’s boat and make a radio call for help.

His daughter’s anguished pleas were heard on radio receivers all over Arviat that day.

Gibbon was mauled by the bear before help could arrive. Police and first responders pronounced him dead after they arrived on the island, and another person on the island killed the bear.

His death occurred amidst mounting public safety concerns sparked by growing numbers of polar bears wandering along the western coast of Hudson Bay.

Later that summer, in August 2018, a polar bear killed Darryl Kaunak of Naujaat and injured two others in an incident in Lyon Inlet south of Naujaat.

Rideau Hall has not yet announced a ceremony to award the medal to Gibbons’ family.