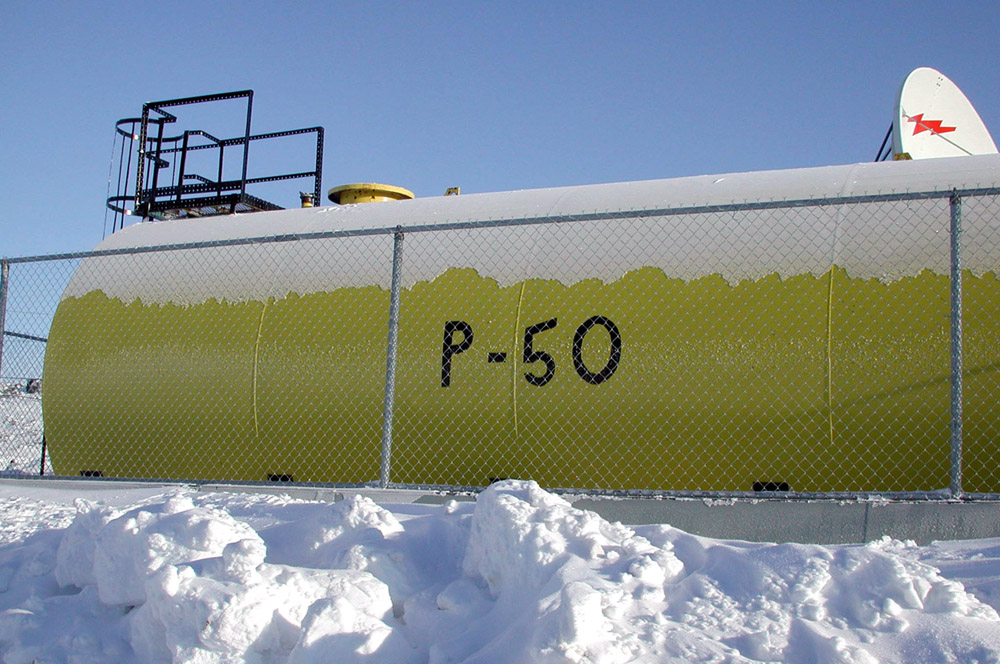 A tank containing home heating oil. Although Nunavut fuel prices rose this week, a Government of Nunavut rebate will compensate consumers for half of the increase. (File photo)

The Government of Nunavut is reminding residents that the federal government’s backstop carbon tax kicked in this past July 1—but consumers will pay only 50 per cent of the ensuing fuel price increase.

That’s because of a program called the Nunavut Carbon Rebate.

“The carbon tax increased the price of gas by about 4.7 cents per litre. Because of the GN’s Nunavut Carbon Rebate, Nunavummiut will only pay half this amount, about 2.35 cents per litre, at the pump,” says a GN information sheet.

The same program will protect those who pay for their own home heating fuel, the GN says.

Finance Minister George Hickes announced the rebate program in the legislature this past May, saying that in its first year, the rebate will cost about $3.6 million.

That represents carbon tax funds that Ottawa will have returned to the GN. Under its agreement with Nunavut, the federal government is to give back 100 per cent of the carbon tax revenue it raises in Nunavut.

The GN decided, earlier this year, to use 50 per cent of those returned revenues for its own carbon rebate program.

They’ll use the other 50 per cent to pay for a package of tax benefits to protect individuals and small businesses against the full impact of the carbon tax.

Those measures are contained in proposed amendments to the Nunavut Income Tax Act that MLAs have yet to pass:

• An increase in the cost of living tax credit for individuals.

• An increase in the basic personal amount for individuals.

• A decrease in the corporate tax rate for small businesses.

The amendments received second reading in the legislative assembly this past May 30, but won’t likely be passed into law until the legislature’s fall session.

The GN warns, however, that as the federal carbon tax rises through 2020, 2021 and 2022, prices for most fuels in Nunavut will also rise.

The GN said it’s hard to estimate the precise impact of the carbon tax after it peaks, but they say the federal government estimates an average family in Nunavut could pay more than $1,100 more by 2022.

“Families that do not pay for heating will face a smaller impact,” the GN said.

And Nunavut businesses will likely pass the cost of the carbon tax onto their customers, the GN said.

“Customers may also pay a small amount of carbon tax indirectly, if local businesses increase the prices for their goods and services to cover their own fuel costs.”

At the same time, aviation fuel used for travel to, from or within Nunavut, and diesel fuel used by the Qulliq Energy Corp. are exempt from the carbon tax.

FAQ: Carbon Tax in Nunavut,... by NunatsiaqNews on Scribd