“Our biggest priority now is to get the outbreak under control” 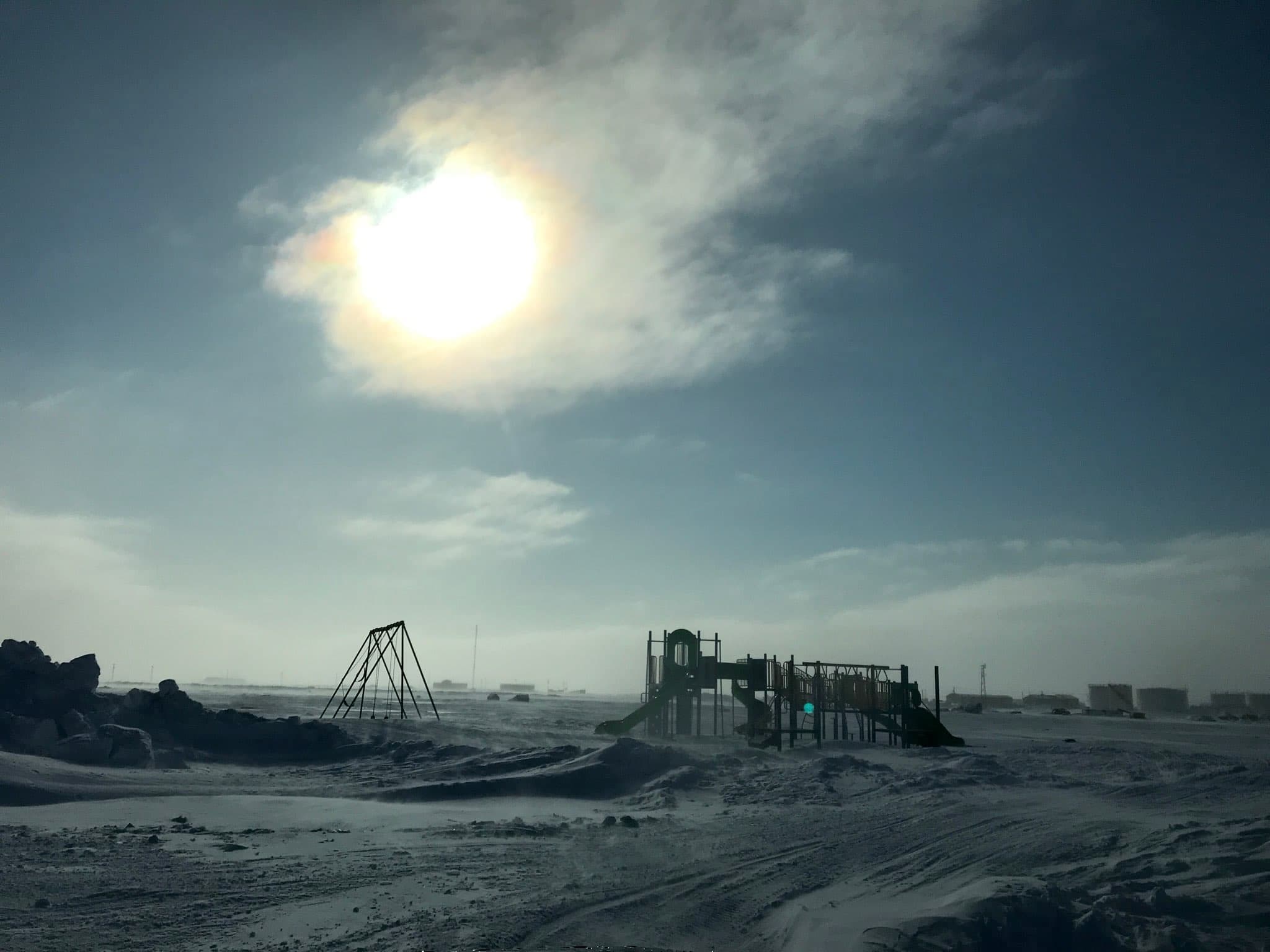 People in Arviat are staying at home after learning that COVID-19 is spreading through their community. (Submitted photo)

A one-hour call-in show aired the same day that Patterson announced that the number of cases in the community of about 3,000 had jumped by six, from 14 on Sunday to 20 on Monday.

Since then, the Nunavut government announced Tuesday that an additional 26 cases had been identified in Arviat, bringing the community’s total number of cases to 46.

Patterson, who was joined by Nunavut Premier Joe Savikataaq, who is also the MLA for Arviat South, remained on air for an hour on Monday.

Questions came mainly in Inuktitut, with some wrestling with terms, such as COVID-19, isolation and vaccine. Their questions were then translated into English for Patterson, who was patched in from Iqaluit, 1,300 kilometres away.

Vaccine could be available “fairly soon”

When asked about when a COVID-19 vaccine would be ready, Patterson said it could be available “fairly soon.”

But that will depend, in part, on whether the vaccine gets emergency approval from the federal government and whether there are enough supplies for all Canadians, Patterson said.

In the meantime, getting a flu shot, he told callers, wouldn’t help prevent COVID-19.

Responding to a caller’s concern about whether a COVID-19 infection could come back just as tuberculosis can, Patterson said that it’s “not like TB.”

TB, as many in Arviat know, can remain latent in the body for years and then make another appearance.

Some callers said they were worried about how COVID-19 reached Arviat, because since the pandemic started, all but essential workers have had to go into isolation first for two weeks in a Winnipeg isolation hub hotel.

During the news conference earlier that day, Patterson said it appeared that Nunavut’s COVID-19 cases in Arviat, Sanikiluaq and Rankin Inlet were somehow linked to the isolation hub in Winnipeg where Nunavut travellers spend two weeks before they head north.

To those in Arviat, Patterson said isolation in Winnipeg would continue for now.

But he acknowledged that the COVID-19 infections in the Kivalliq region appear to have originated in people who had stayed in the hubs.

“We don’t yet know how this happened or where or how,” he said. “But our biggest priority now is to get the outbreak under control.”

As for Nunavummiut in isolation hubs who are worried about coming back to the territory, Patterson said they can ask to stay longer, and their requests will be looked at “case by case.”

Patterson ruled out the idea that COVID-19 spread to Nunavut residents as they travelled home on aircraft, adding that the airlines had thorough disinfection policies.

He said there have been no cases of COVID-19 spreading on aircraft in Canada—similar to what Canada’s chief public health officer, Theresa Tam, said this week.

Still, some in Arviat worried about pregnant women continuing to fly to Winnipeg, 1,200 km away.

Manitoba’s COVID-19 restrictions remain at code red and the provincial government says “community spread of COVID-19 is not contained and/or there are significant strains on our health care system.”

Arviat currently has the highest birth rate in Nunavut and Canada, with about 60 to 70 babies born every year in the community.

“Right now, pregnant women do have to travel to Winnipeg for delivery. The government is working to improve that situation, but that’s where it is for right now,” Patterson said.

Meanwhile, contact tracing and testing is underway in Arviat, where community transmission of COVID-19 appears to have taken place.

“People who have been in contact with someone who is infectious are getting swabbed right away,” Patterson said.

But he added, for those who have been in contact but are asymptomatic, “in some cases we wait to six, seven, eight days” before testing.

Nunavut has the capacity to process about 80 COVID-19 tests per day in Rankin Inlet with a roughly 24-hour turnaround time.

With respect to contact tracing, public health nurses on contract are helping out in Arviat, Patterson said.

“It’s important that everyone co-operate with them as much as possible,” he said. 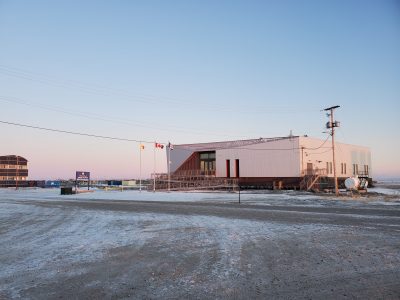 The Hamlet of Arviat has, among other things, made free hand sanitizer and cleaning supplies available to residents. (Submitted photo)

Patterson urged people to observe the COVID-19 restrictions set by his department and the hamlet.

“It’s really important they stay home and don’t to the store or go to anybody else’s house because we don’t want to spread this infection any further,” he said.

That will bring the outbreak under control as quickly as possible, he said.

Savikataaq repeated his message from the news conference about the lockdown being set to start on Wednesday, Nov. 18, in the territory.

“I know this will be hard but for the health and safety of Nunavummiut this is necessary … stay home and stay safe.”