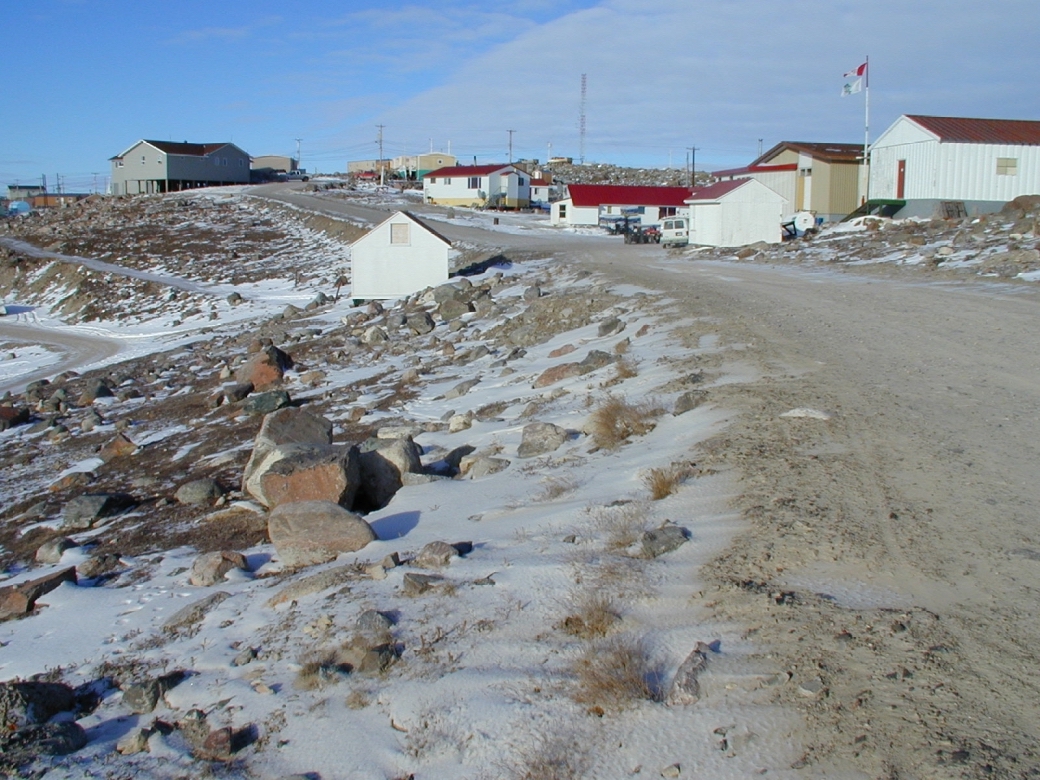 The Spence Bay Hunters and Trappers Association of Taloyoak wants to see the Boothia Peninsula protected from development and wants to focus on other economic ventures, such as tourism, instead of mining. (Photo by Leslie Philipp/Wikipedia Commons)

“We don’t want to see any [mineral] exploration on the Boothia Peninsula,” said Joe Ashevak of the HTA at this week’s annual general meeting of the Kitikmeot Regional Wildlife Board.

That’s so the caribou can thrive there as they used to in the past, he said.

“The caribou population is in decline because of exploration,” Ashevak said.

His community of about 1,000 would rather invest in tourism, he said.

Taloyoak also wants to proceed with a cut-and-wrap facility for fish and meat, which it says would be “similar [to], but smaller” than Kitikmeot Foods’ operation in Cambridge Bay, Ashevak said.

Taloyoak’s ambition is to create an Indigenous Protected and Conserved Area, or IPCA.

According to online information from the federal government on Indigenous leadership and funding, an IPCA aims to safeguard Indigenous rights, including “the right to exercise free prior and informed consent, while also maintaining biodiversity, and securing a space where communities can actively practice Indigenous ways of life.”

It’s a goal that Ashevak said the World Wildlife Fund and its senior advisor Paul Okalik, who served as Nunavut’s first premier, have encouraged the community to advance toward.

But there’s also a promising diamond exploration property near Taloyoak.

The Stein diamond project is located 85 kilometres northwest of the community, and if the IPCA goes ahead, the development of this project will be stopped in its tracks.

Yet there’s a challenge facing the IPCA: the Kitikmeot Inuit Association, which represents Inuit in five western Nunavut communities, says that about 12 per cent of land that the HTA wants to protect is Inuit-owned land, so it’s owned by all KIA beneficiaries.

Because of the potential socio-economic impact on the region, Fred Pedersen, the KIA’s communications and planning manager, told Ashevak at the wildlife board’s AGM that the KIA wants more information before throwing support to the IPCA.

The association wants to know whether the federal government would be willing to exchange the Inuit-owned lands in a future IPCA for other Crown lands in the Kitikmeot region, Pedersen said.

The development-friendly KIA said previously that it wouldn’t support the draft Nunavut Land Use Plan. That’s because this plan, which is intended to guide resource use and development within the Nunavut Settlement Area, could prevent Inuit in western Nunavut from pursuing mining on their Inuit-owned lands.

Pedersen said the KIA plans to send representatives from the KIA’s lands department, including its director, Geoff Clark, and its new senior advisor, Peter Taptuna, a former premier of Nunavut, to Taloyoak later this year to discuss the IPCA.

The idea for a conservation area around Taloyoak comes as the populations of three caribou herds in the Kitikmeot region are in free fall.

A report that the Government of Nunavut delivered to the wildlife board on Wednesday said:

At the wildlife meeting, participants also discussed various measures to stop the herds’ declines, including reductions or eliminations of harvest quotas.

(An earlier version of this story stated Indigenous organizations and governments can apply for funds from the Canada Nature Fund for an IPCA until Jan. 31. That is incorrect: the 2019 deadline closed this past January.)