Alert experiences its hottest August since 1950 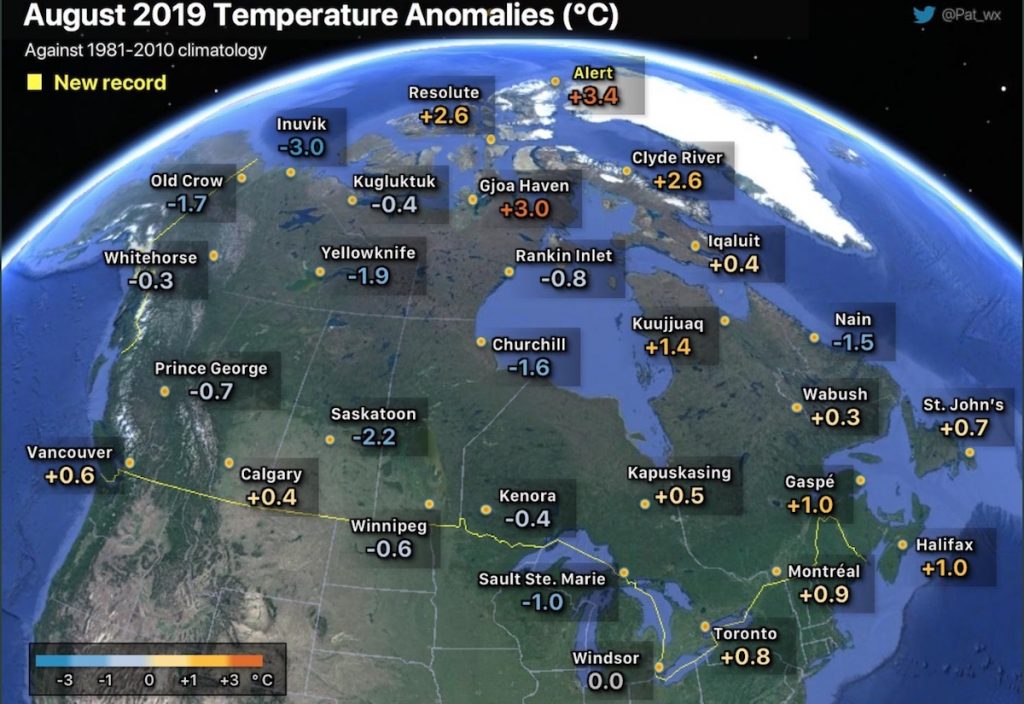 This map by Dalhousie University weather watcher Patrick Duplessis shows how much temperatures varied from the norm across Canada in August. You can see that in Alert and Clyde River the temperatures from Aug. 1 to Aug. 31 were higher by 3.4 C and 2. 6 C, respectively, while in Gjoa Haven they were 3 C higher than usual during the month of August. (Map courtesy of Patrick Duplessis)

If you wanted to go somewhere to experience a warmer-than-usual August in Nunavut or Nunavik, then Alert, Resolute Bay, Gjoa Haven, Clyde River and Kuujjuaq would have been excellent choices.

The average temperatures last month for these communities were above normal, by 3.4 C overall for the Canadian Armed Forces Station in Alert, 3 C for Gjoa Haven, 2.6 C for Resolute Bay, 2.6 C for Clyde River and 1.4 C for Kuujjuaq.

At the same time, according to the temperatures shared by Dalhousie University weather watcher Patrick Duplessis, in other communities, such as Rankin Inlet and Kugluktuk, average temperatures were lower than usual last month. 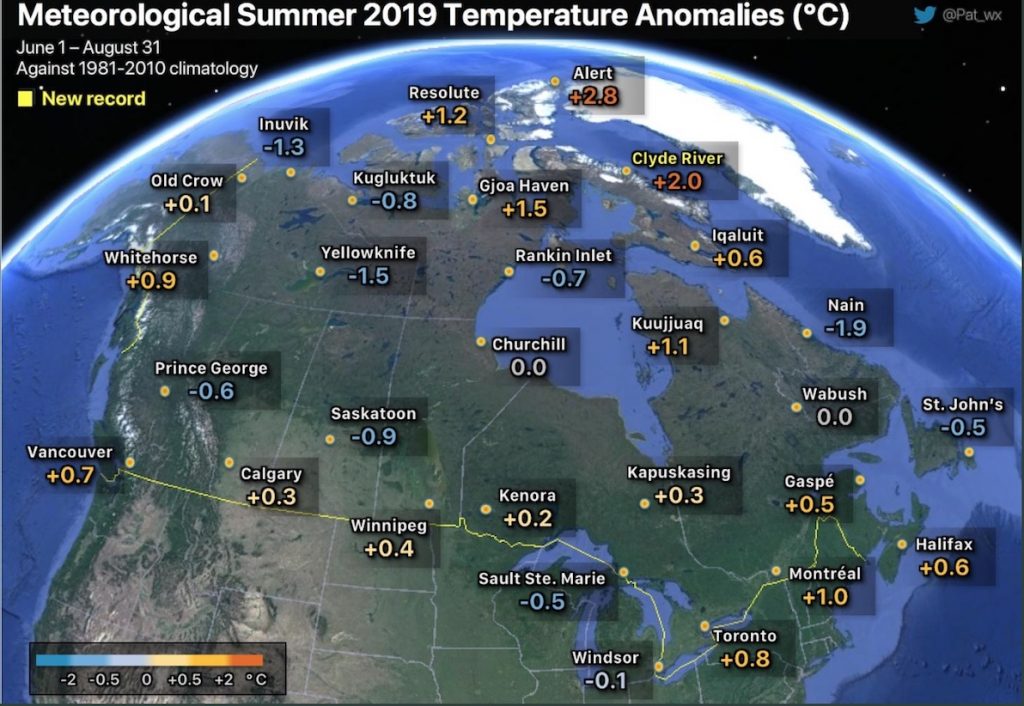 From June to the end of August, those differences held true, as the map of summer anomalies above shows, with Alert and Clyde River seeing overall monthly temperatures that were respectively 2.8 C and 2 C above normal, Duplessis said.

In fact, Clyde River had its warmest summer on record, with data going back to 1946, he said.

August was also a big record-breaker for Alert, which ended July with a record-breaking high of 18.3 C.

Records have been kept there since 1950.

And 2019 brought the warmest August on record to Alert, Duplessis found: the average temperature was 4.3 C, while the normal average for the month is 0.9 C. 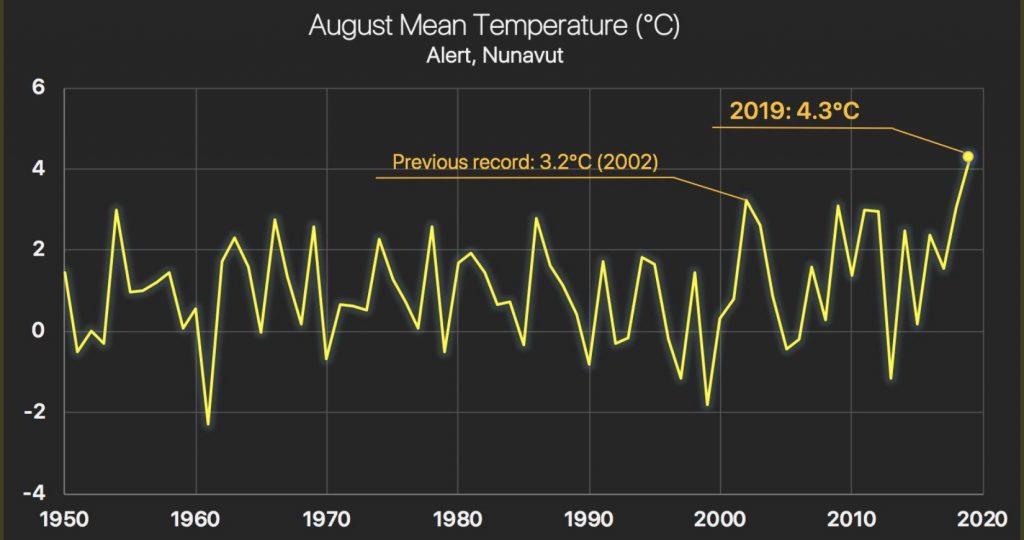 On this graph you can see that this year’s high average temperature in Alert, located at the northern tip of Ellesmere Island, beats the previous record of 3.2 C set in 2002. (Graph courtesy of Patrick Duplessis)

As well, there were 61 frost-free days this past summer in Alert. This number beat the 58 frost-free days recorded in 2016 and more than doubled the average of 29 frost-free days in Alert over the years in which records have been kept, Duplessis said.

Things were also warmer in Resolute, information from Duplessis shows.

And the same held true on Aug. 4, when the low temperature of 7.8 C in Resolute was warmest on record for that date.

But things were nippy in Nunavut’s Kivalliq region.

The chill continued into September for Rankin Inlet where the high temperature of 4.5 C tied the coldest recorded, which was on Sept. 1, 1999.