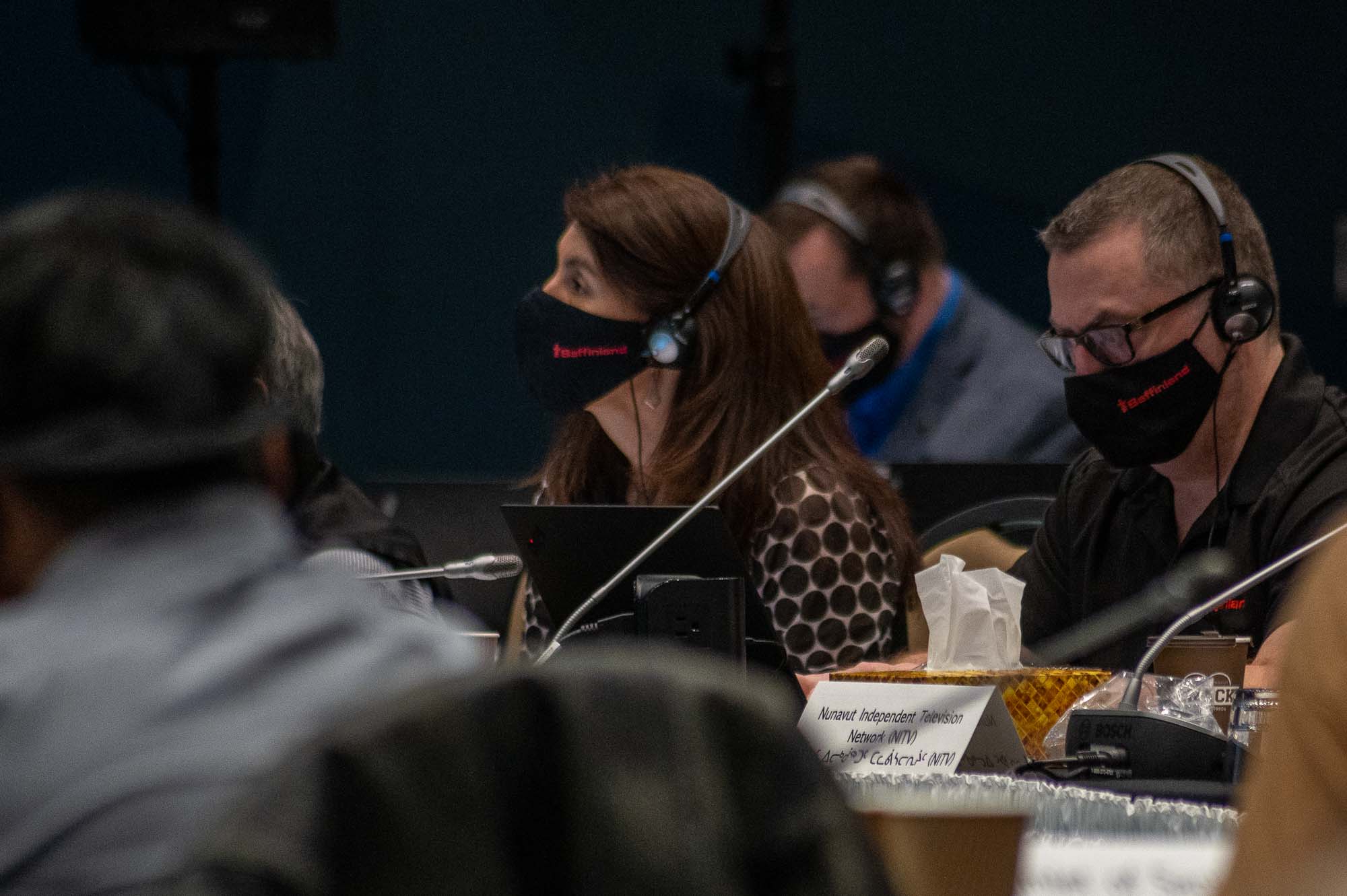 Udloriak Hanson, Baffinland’s vice-president of community and strategic development, said the company is going to “have to continue to be flexible and provide certainty to Inuit that we are listening and we are addressing their concerns.” (Photo by David Venn)

Baffinland Iron Mines Corp. has a list of new commitments it has made to communities near its Mary River mine, should its proposed expansion be approved, but critics say it’s not enough.

The Ontario-based mining company wants to build a 110-kilometre railway from its Mary River mine to Milne Inlet, double its iron ore shipments through the Tallurutiup Imanga marine conservation area and add another dock at its port. That proposal is the subject of a Nunavut Impact Review Board hearing underway this week in Iqaluit.

Baffinland has committed to an independent audit of the dust spread by the mine’s operations, to direct how the company will address environmental concerns if its expansion gets the green light.

It would also cut the proposed number of ore carrier trips to 168 a year from its original proposal of 174, and it would ship between July 15 and October 31, with a contingency to Nov. 15 based on ice conditions and consultation with the Mittimatalik Hunters and Trappers Organization.

Among other commitments, the company is adding six new full-time positions in Arctic Bay, Clyde River, Igloolik and Sanirajak.

“All of these commitments have been developed from what we’ve heard from the communities,” said Udloriak Hanson, Baffinland’s vice president of community and strategic development, in an interview with Nunatsiaq News.

Igloolik mayor Merlyn Recinos said he wants to see the company commit to even fewer shipments each year, and there needs to be more done to support employees, like offer housing.

“I think infrastructure and jobs in the communities is a no-brainer, and it should’ve been something that was there from the get-go,” Recinos said, adding that the positions haven’t been finalized yet, but may include office administration work and an Inuit qaujimajatuqangit expert.

“I really truly think that Baffinland is trying, but it’s so late in the game,” he said.

Hanson said Baffinland has changed its proposal multiple times to reflect what communities wanted and that it will continue to work with Inuit.

“It’s a demonstration of us having listened, and us being flexible enough to try to address these concerns,” said Hanson.

The company will also gradually increase its shipping volume over four years to better monitor impacts, as requested by the Hamlet of Pond Inlet.

During the Nunavut Impact Review Board hearing on Baffinland’s expansion plans on Wednesday, Pond Inlet mayor Joshua Arreak said the company’s compromise on the gradual increase does not mean the hamlet now supports the expansion.

The review board’s hearing on Baffinland will continue until April 21. It’s an extension of a hearing that began in January and resumed Monday.

After the NIRB completes its hearing, it will pass its recommendation on to Dan Vandal, the federal minister of northern affairs, who will approve or reject the project.