Jim Kreuger taught for 27 years in the community 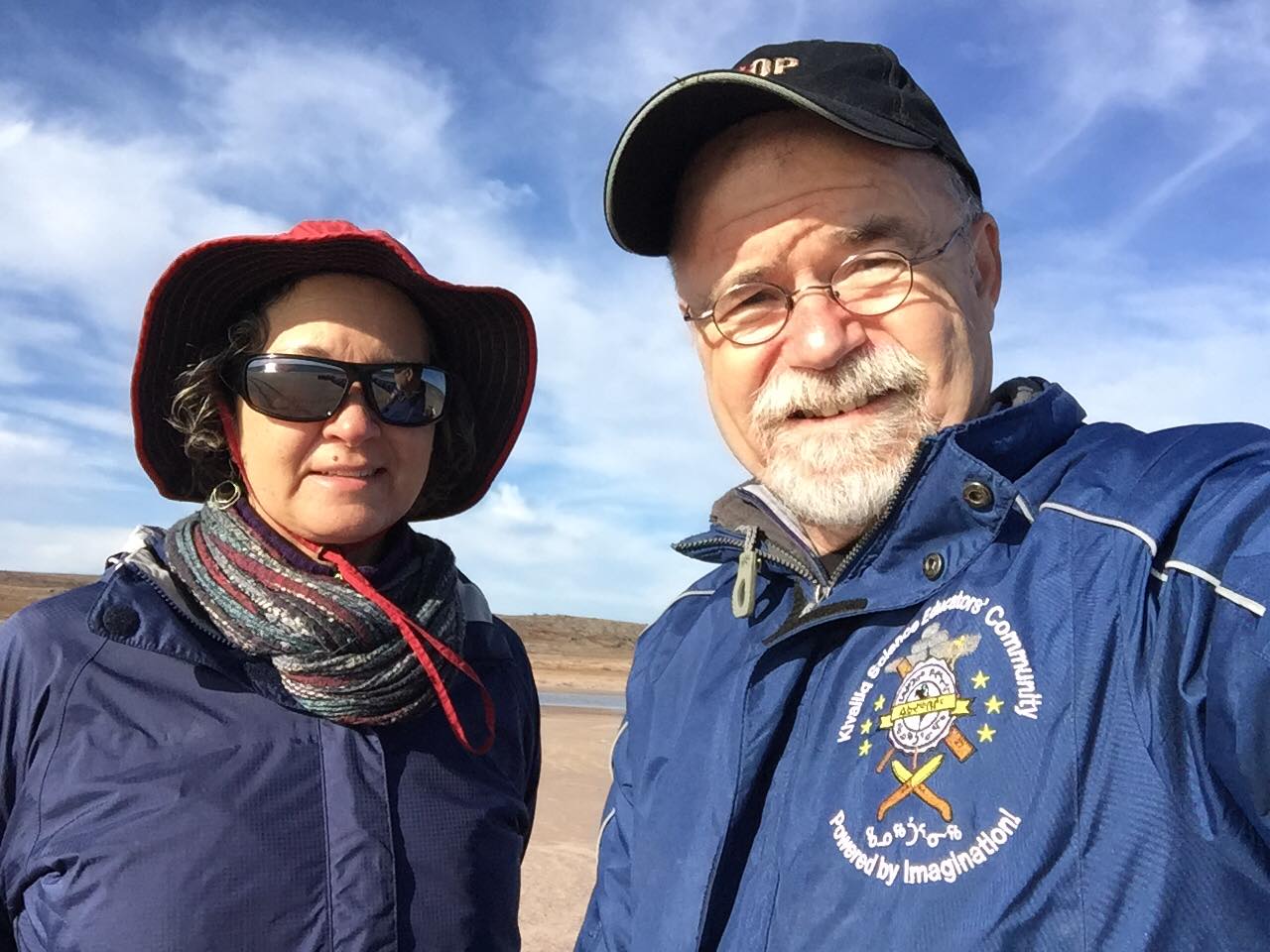 Laurel and Jim Kreuger are preparing to leave their home of 27 years in Baker Lake on June 11. (Photo courtesy of the Kreugers)

Despite social distancing measures to keep COVID-19 away from Nunavut, an extraordinary parade took place on May 26 in Baker Lake: nearly every vehicle in this community of about 2,200 took to the reddish-coloured streets around town.

As drivers passed by the home of Jim and Laurel Kreuger, they slowed down to honk and wave to the couple, who are moving south on Thursday, June 11.

The Kreugers have spent 27 years in Baker Lake, Jim as a teacher and Laurel as manager of the prenatal nutrition program.

These days, that’s a long stay for a teacher in Nunavut, which is now looking to recruit about 130 new teachers for the 2020-21 school year.

Kreuger, who spoke to Nunatsiaq News about a week before his departure to Saskatchewan, emphasized the importance of relationships between teachers, residents and students.

“You have to have community,” he said.

Teachers, the Education Department and the Nunavut Teachers Association all want education in Nunavut to be a success, he said.

But getting there can take a long time, more than one generation or two, he said, so the longer teachers stay in Nunavut, the closer success lies.

“You only start to become aware of trends after 25 years,” said Kreuger who also spent years as a volunteer youth hockey coach in Baker Lake.

“With hockey, I can say that’s a positive change. The kids who grew up with hockey are now parents who want their kids to be successful.”

You see these parents out with their children on the weekends at the rink, lacing up their kids’ skates and cheering them on, he said.

That wasn’t always the case when he arrived in 1993.

But now Nunavut needs to create an education system where parents will be as engaged in their children’s education right up to Grade 12, Kreuger said. To that end, maybe they could use some additional support, he suggested.

Kreuger’s experience shows that when teachers become part of the community, it’s a win-win for everyone.

“I don’t know when it happened, when I told Laurel that ‘it’s easy to be here because you know everyone and they know you. It feels very comfortable. Even the mundane things like going to the stores, to the hall, talking to people, finding out how they are,'” Kreuger said.

“So I will miss that because I am going to be anonymous in a city where no one knows me. I will definitely miss all that.”

Even from that first week in Baker Lake in 1993, he and Laurel and their one-year-old son felt at home, he said.

“You couldn’t pass someone without them knowing who you were and saying hello,” he said.

When they arrived in Baker Lake, after a stint as volunteers in Africa, their plan was not to stay for 27 years.

But they ended up buying a house when the Government of the Northwest Territories offered tenants of government housing a chance to buy their units.

“We thought we would commit five years, and this was in the second year, so we thought, ‘OK, we’ll take a leap of faith,’ and bought the house,” Kreuger said. “We never had owned a house before or had a credit card before. It was a huge learning curve. It turned out to be a really good decision.”

At work, Kreuger also put down roots with other teachers, which became important to him: they created the Kivalliq Science Educators’ Community, which promotes annual science fairs, and Northern Youth Abroad for international youth exchanges.

“I became more aware what I was supposed to do. It became an exercise in community development, with teachers who were in different communities but who formed a community by teaching,” Kreuger said.

“I started to really enjoy that, a coalition of people who were like-minded, and it was amazing what these teachers could get done.”

Heading into the 2000s, Kreuger went from being a young educator to one of the old timers.

The creation of Nunavut in 1999 brought the dissolution of the Keewatin Board of Education and gave way to today’s Kivalliq School Operations.

Along with that, came changes. Three years ago Kreuger’s long-term job of regional curriculum supervisor ceased to exist. It was a shock, he said, but he then became an elementary school physical education teacher in Baker Lake, which he calls his “luckiest day.”

“It could have been a depressing end to a career but it ended up being a godsend. I loved it,” he said.

But the past months brought another challenge, the COVID-19 pandemic, which has upended the sense of community, because there have been no funerals or celebrations like graduations.

Asked if he would recommend coming to Nunavut to teach today, the answer is yes, but Kreuger said he is aware many teachers don’t want to spend 20 to 30 years in one job.

But he said that, if you’re drawn to education to make a difference, staying in Nunavut means improved success for the schools, students and the territory.

Along the way you learn to ask the right questions, he said.

“You can’t expect a rookie to ask the right questions,” he said.

“People that come for just one or two years, it might be a good experience for them, but not so much for Nunavut. They haven’t gotten to the point … to listen and learn, not just think you have the answers.”

While the Kreugers say goodbye to Baker Lake this week, they still plan to return to Nunavut because their daughter, Emma, her partner, Nooks Lindell, and their son live in Arviat.