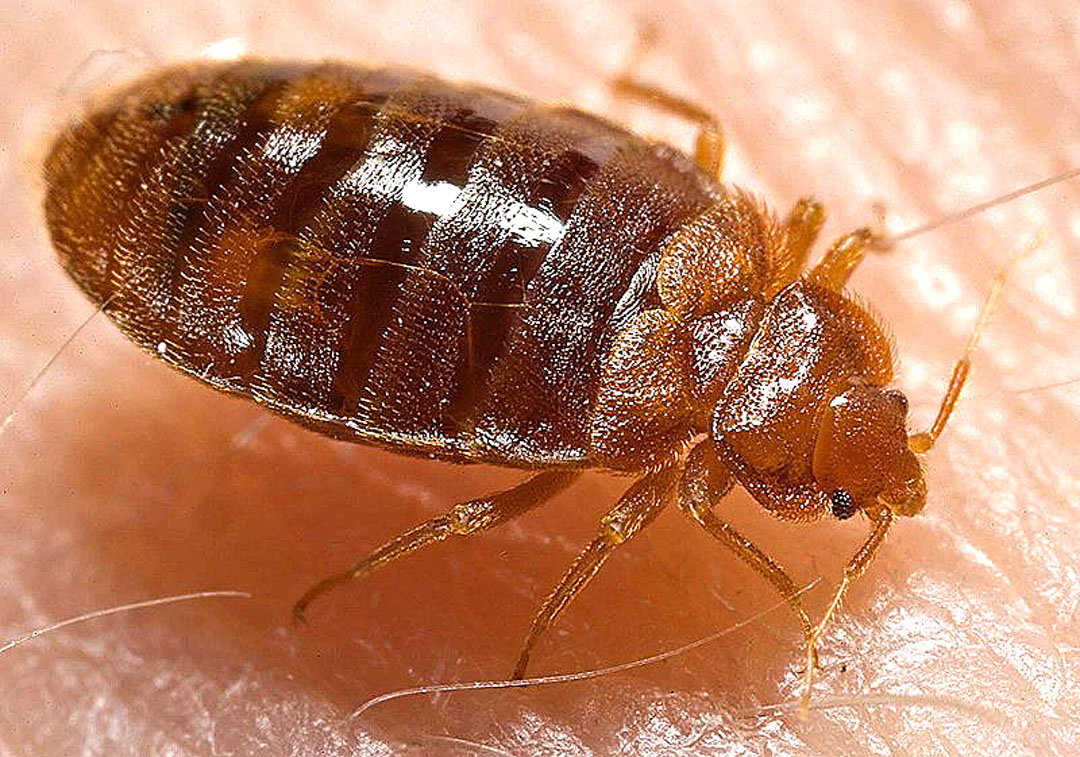 This is the hungry critter you don’t want to find in your room: a bedbug. But recently bedbugs have been reported in a Dorval hotel where patients from Nunavik stay when receiving health care in the city. (File photo)

Bedbug sightings in places where Nunavik residents stay while receiving health care in Montreal have caused a lot of anxiety among patients and their families. 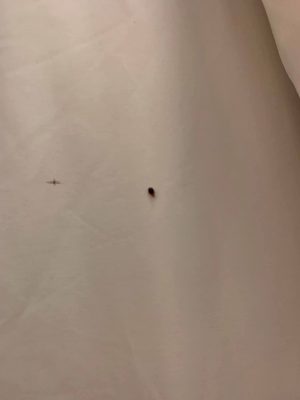 This photo shows the bedbug that Cecilia Kutchaka saw last month on a bedsheet while in her mother’s room at the Quality Hotel on Cote de Liesse in Dorval. (Photo courtesy of Cecilia Kutchaka)

In mid-October Cecilia Kutchaka was visiting her mother at the Quality Hotel on Cote de Liesse in Dorval when she got a fright: under the bed cover she said she found a bedbug, of which she took a photo.

Kutchaka then reported that she had seen a bedbug to the onsite security staffer for patients from Nunavik’s Ullivik patient residence, which takes a block of rooms, 39 in all, on the hotel’s first floor for its overflow.

Kutchaka then called her mother who told her that she’d never stay there again.

The hotel’s general manager, Nader Abdel Nour, told Nunatsiaq News last week that he’s perplexed about some of the bedbug sightings. That’s because recent, repeated inspections, for which he provided reports from exterminators, haven’t turned up any.

One inspection of a room showed that there could have been bedbugs there at one point, but they were no longer in the room.

Because of the importance of Ullivik to his hotel operations, Abdel Nour said they had treated all the rooms earlier this year and continue to conduct routine inspections and treatments, if necessary.

Nunatsiaq News was unable to get a statement from the Nunavik Regional Board of Health or the Module du Nord québécois that deals with Nunavik patients in Montreal about the bedbug sightings and how they deal with these situations.

But the MNQ has spoken about its concerns in an email to Adbel Nour.

“It appears that the client-residents at the hotel are verbalizing a bedbug problem and are refusing to stay at the hotel,” wrote George Delatolla, the head of lodging at Ullivik, on Oct. 16.

“Please advise me of what and how and when this problem will be resolved. We need to assure arriving residents that the bedbug issue has been looked into and taken care of.”

Ullivik reportedly treats patients’ bags before they enter the residence.

That there are bedbugs in Montreal is undeniable: a bug infestation closed government offices at the huge Complexe Guy-Favreau last month.

And if there are bedbugs afoot where there are patients from the North, it would not be the first time, as was the case in 2010 in Winnipeg.

Bedbugs are not welcome company: they may be small, but they can cause itchy red welts, blisters and rashes where they bite into the skin.

The insect uses one hollow feeding tube to inject saliva that makes the victim’s blood thinner and numbs the skin. With another tube, the bedbug sucks out blood, usually for about five minutes.

After feeding, they turn dark red and bloated.

Bedbugs only need to eat every five to 10 days and they can live for up to a year, lurking in the folds of mattresses, bed sheets and other warm, dark places, only surfacing occasionally to feed.

The good news is that bedbugs don’t like low temperatures, which cause them to go into hibernation and die.

So you can kill them by leaving your bags outside for two or more days if the temperature remains below zero.

To guard against bedbugs when you’re travelling, inspect the headboard of the bed, look at the mattress and don’t leave your bag on the bed.

And, when you get home, wash your clothes before bringing them into your bedroom and make sure no bedbugs travelled back with you in your bag.

If you see bedbugs in Montreal at a hotel, you can call 311 to file a complaint with the city.