Behind bars — an inside look at Iqaluit’s new jail 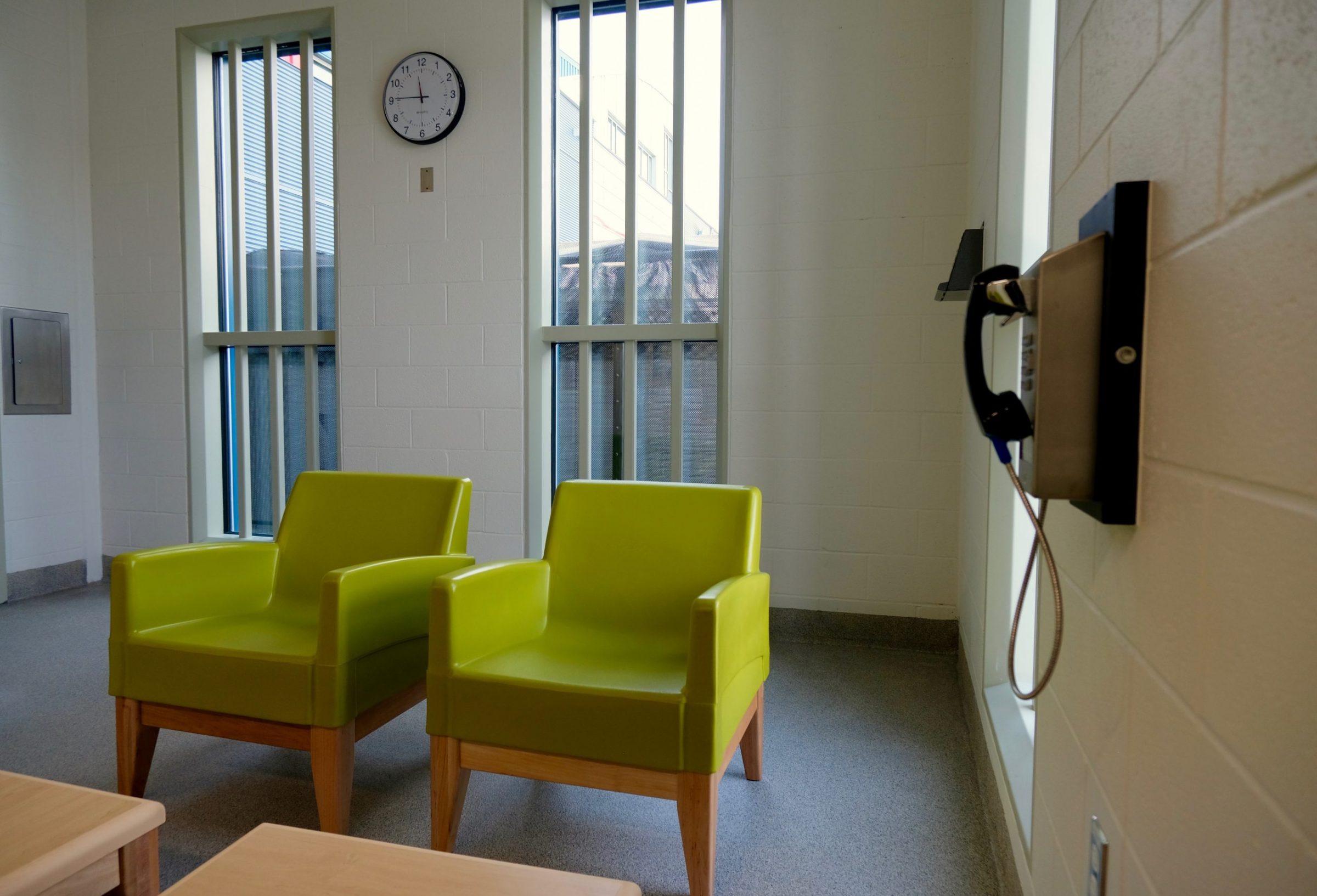 This is the lobby of the calm area in the new Aaqqigiarvik Correctional Healing Facility, where inmates who are experiencing mental health issues go to be monitored closely and receive supports. (Photo by Mélanie Ritchot)

Territorial Justice Minister George Hickes did the honours, while members of the public and elders who were consulted in the building’s planning were in attendance.

This marks the first phase of the project to overhaul the old Baffin Correctional Centre, which was built in 1986.

The next centre is built behind the BCC, and Phase 2 of the project involves the renovation of the old facility, which will eventually form a part of the new jail.

The new 112-bed facility includes both medium- and maximum-security units, a space for elders, a library, and two negative pressure rooms where inmates with contagious diseases, such as COVID-19, could isolate, if necessary.

A full-body scanner, a new security system, and an elevator that cannot be controlled from the inside are other new features.

The building is also made mostly of non-combustible materials like concrete and metal, meaning it cannot burn down, Mickey McLeod, the warden and Nunavut’s acting corrections director, said during a media tour in August.

McLeod said the building’s design is intended to make it feel campus-like, with its high ceilings, natural light coming in and wooded doors.

Click through these photos to get a look inside, with information from the tour: