Project will be done in partnership with HTA to commemorate whale hunt; federal funding will be used 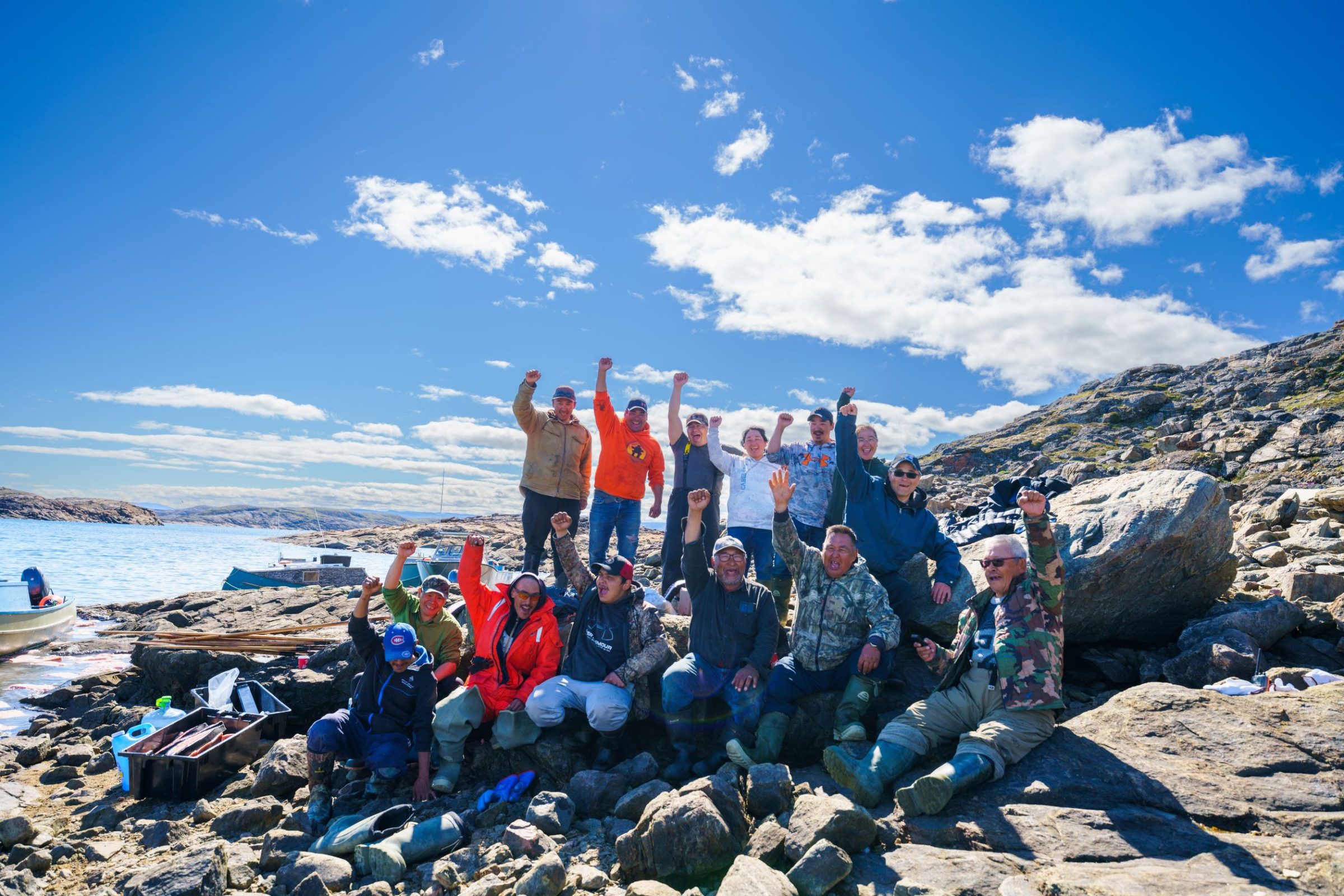 Members of the Amaruq Hunters and Trappers Association pose after a successful bowhead whale hunt this summer. The city announced plans to work with the HTA to create a display of the whale’s skull near a trail in the community. (Photo by Bill Williams, Special to Nunatsiaq News)

Plans to display a bowhead whale skull are in the works following a vote by Iqaluit city council Tuesday night.

Councillors voted unanimously to approve the project, as presented by the city’s recreation department. Councillors Solomon Awa, Simon Nattaq, Romeyn Stevenson and Ookalik Curely were present for the vote, while Mayor Kenny Bell presided over the meeting virtually.

The skull comes from a whale caught by the Amaruq Hunters and Trappers Association in August near Hill Island, about 15 kilometres southwest of Iqaluit.

“It’s not like you run into a bowhead every day,” said Stephanie Clark, the city’s recreation director, in an interview with Nunatsiaq News.

The skull will be placed on a platform and have a commemorative plaque explaining the significance of the hunt.

The display will be placed in one of three possible locations: near the Hudson’s Bay trading post at the end of the Apex trail, at the Iqaluit beach, or in an area near the water that is behind the Elders Qammaq.

The purpose of the display is to show the interconnectedness of marine animals with the community and Inuit culture, according to city documents.

Clark said it also represents a story, as local hunters came together to provide food for their community.

“To be able to showcase that in a powerful way is what we’re hoping,” she said.

The idea came from the HTA, which contacted the city about displaying the skull.

The timing was good, Clark said, because the city has done some trail development and was looking for a feature for the trails that has a local connection and is culturally relevant.

“Now we have a tangible, physical beacon to be able to go to,” Clark said.

She said wherever the skull display is placed will be a focal point for building and connecting trails nearby.

So far, the city estimates a cost of $40,000 for the display, Clark said. However, that estimate is rough, as more discussion is needed with the HTA on what is required to build it.

The money would come from the federal government’s multi-year funding for outdoor infrastructure development, Clark said.

The city also approached Nunavut Tunngavik Inc., Qikiqtani Inuit Association and Qikiqtaaluk Corp. about being a part of creating the skull display.

“Everyone seems to be keen, the momentum around it is really good,” Clark said.

At this point, she said she cannot give a specific time for when the display will be ready, but expects the physical foundation to be in place next year.

According to the World Wildlife Fund, a bowhead whale can weigh up to 100 tonnes. Its skull makes up about one-third of its entire body length, and is able to break through sea ice that’s more than 20 centimetres thick in order for the marine mammal to breathe.