Boxes of Inuktut books on their way to young Nunavut readers

‘We are giving them the opportunity to thrive in the Inuktut language,’ says NTI president 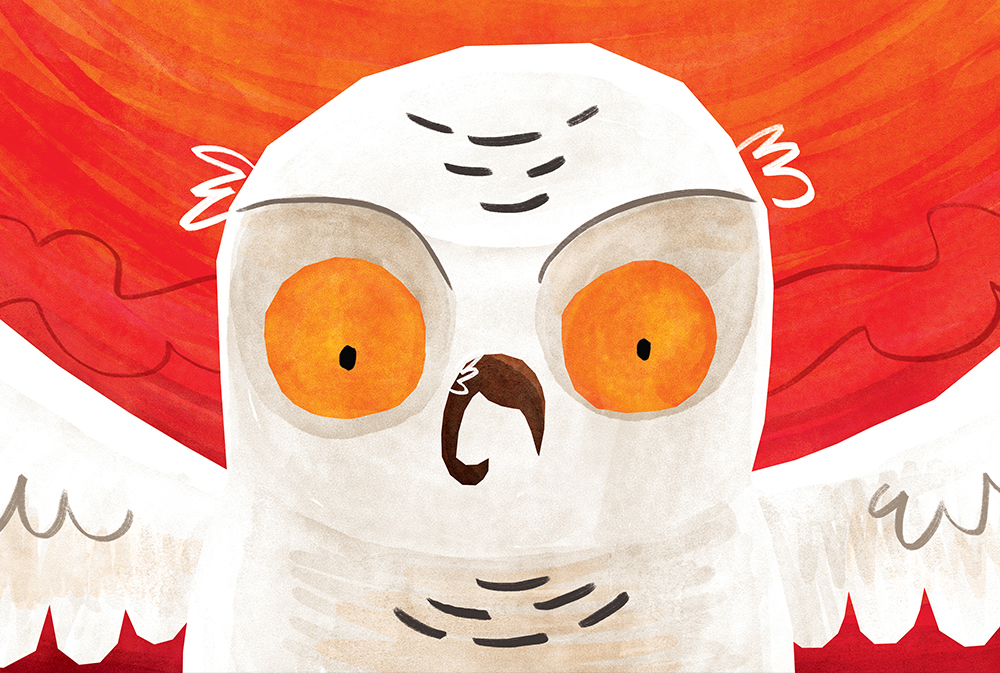 Young Nunavummiut students will receive a kit containing various books and other resources to support Inuktut learning at home. Here’s an eye-catching illustration from Nadia Sammurtok’s The Owl and the Two Rabbits, one of Inhabit Media’s many children’s books in Inuktut. (Image courtesy of Inhabit Media)

Nunavut Tunngavik Inc. has teamed up with Inhabit Media to bring Inuktut books to Inuit children across Nunavut.

The goal is to support language learning at home, said an NTI release on the kits.

“NTI is a proud supporter of Inuktut language revitalization, education and promotion,” states NTI president Aluki Kotierk in the release.

“By giving young school children the resources to learn our language, we are giving them the opportunity to thrive in the Inuktut language.”

They are going to families with children in kindergarten and Grade 1, but include books and resources for the entire family, NTI said.

There’s also a DVD of traditional stories, a boxed set of season 1 of the Inuktut children’s television program Anaana’s Tent, and and CDs of Anaana’s Tent songs and Inuktitut songs.

A manual on how to support literacy at home is also in every box.

Teachers of students in Kindergarten and Grade 1 in Nunavut schools will receive and distribute the kits in their classes, NTI said.

The kits cost $1.3 million. The money comes from the federal Indigenous Communities Support Fund from the Government of Canada, which last November gave NTI $7.7 million.

Last year, NTI and Inhabit Media teamed up to make Inuktut books available without charge online during the pandemic.