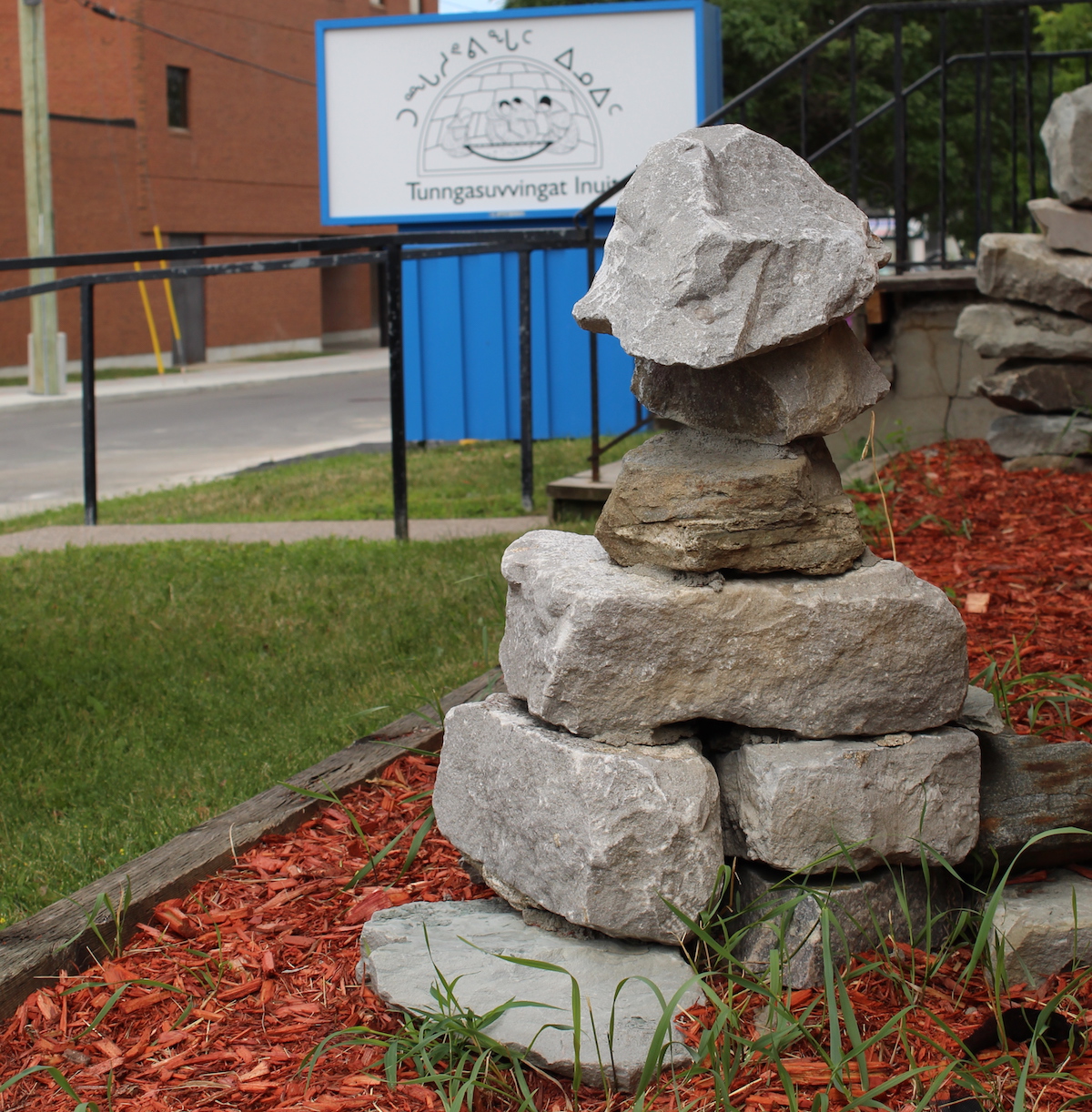 Here’s an inuksuk in front of Tungasuvvingat Inuit, the Ottawa-based organization for Inuit in Ontario. TI is encouraging urban Inuit youth to build inuksuit and share their photos or videos on social media. (Photo courtesy of TI)

Tungasuvvingat Inuit, the Ottawa-based organization for Inuit in Ontario, wants to reach out to youth through its new inuksuk campaign.

The idea is to encourage urban Inuit youth to build an inuksuk and then post a photo or video of it on social media with the hashtags #InukStrong and #UrbanInuit.

“Historically, the inuksuk was seen as a survival tool, and during this pandemic it is vital to remember our strengths and move forward in our lives,” said the TI youth promotion team in a news release.

The inuksuk campaign aims to prompt postings from across Canada in support of urban Inuit youth to highlight “strength in celebrating aspects of our culture together during an uncertain time,” said team member Mikka Komaksiutiksak.

“Urban Inuit youth are hearing from their elders that this has happened within our communities before. Stories of outbreaks related to tuberculosis, polio, and other illnesses are sparking important conversations with elders,” Komaksiutiksak said. “This connects us all to our survival and will help urban Inuit youth carry the knowledge forward and help to understand that we will all get through this together.”

The campaign also wants to bring together urban and rural Inuit community members in what TI has called “the fifth region,” that is, Inuit living in southern Canada.

“Urban Inuit youth must be provided an outlet during this pandemic to allow them to use their voice in positive ways,” Komaksiutiksak said. “Nobody is alone. Urban Inuit youth become stronger together, and this project will inspire the entire community.”