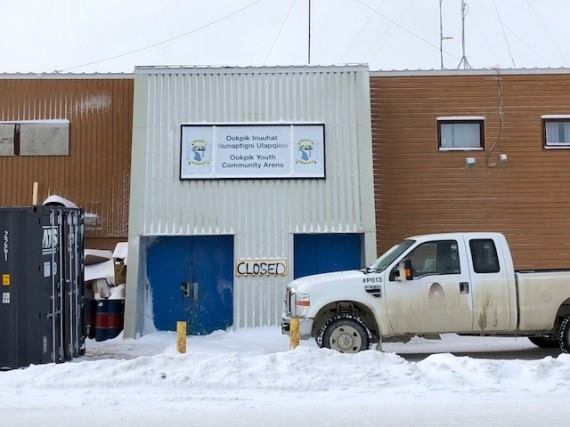 The Cambridge Bay arena reopened in March this year after being closed for over a year due to mould. A new arena remains a top priority for the community’s new recreational facility and it could be in the works next summer. (File photo.)

This fall, Cambridge Bay residents will sit down to discuss what they want to see in a new recreational facility.

They’ve already met a few times on the topic, but the recent closure of the community pool could see that conversation shift, said chief administrative officer Marla Limousin.

Municipal staff first noticed an issue with the community pool on July 29, and immediately decided to close it, just a few weeks into the six-week season it’s open.

“The side walls were pushing out, so we were worried that if they extended any further, the water was going to bust through that,” said Limousin. “And any kids in the pool would get pulled by the current it would generate, so as a safety precaution, it was closed.”

Yet the replacement of the community’s aging arena currently remains an even bigger priority, said Limousin.

“Our arena, the current facility, is just pitiful,” she said. Despite its reopening this spring, a large area at the front of the building still needs work and the upper level remained closed to the public due to mould.

“Priority number one is getting an arena built, and then we’ll see what priority two is, depending on this,” said Limousin, referring to the ongoing work to assess the damage to the pool, and the cost of fixing it.

The pool has been open for 31 years and so far needed only minor repairs. The issue right now appears to have to do with permafrost melting underneath the pool.

“We have to drain the pool first, which is what we’re doing now, and then pull the liner, which isn’t an easy job because all the decking has to come off, then we’ll be able to see what the braces are doing, what’s happening down there and how bad it is.”

This is not a quick fix, Limousin said, and depending on the damage, the pool may not be worth fixing.

If it can be fixed relatively cheaply, to keep in use for the next couple of years, then she said that would likely happen. But as the community grows, a bigger pool will be needed.

“This is a children’s pool, not an adult pool,” she said.

Limousin expects fixing the pool to be even more difficult than cleaning up the mould that saw the community arena close for over a year until this March.

The municipality plans to set priorities for a new recreational complex based on what’s heard at meetings, held six times a year, to gather community feedback, said Limousin. But there are only so many dollars.

“We’re working with students from Laval University this fall to come up with that multiplex configuration,” said Limousin. “What we’ll do is build it in modules as we acquire the funding.”

The community has been fundraising for many years for a facility, Limousin said. There will be more fundraising, lobbying for grants and, depending on the priorities of different governments, they’ll be looking at what pots of money are available for the future facility.

“So that will be a whole campaign that will come out over the winter this year. Once we know what we’re building we can start shopping,” she said.

But the prospects are good that material for the new arena will arrive on a barge next year, said Limousin. “Funding is in the works and a case has been made,” she said. “We’re just waiting to hear.”