Canada submits its Arctic Ocean claim to the United Nations 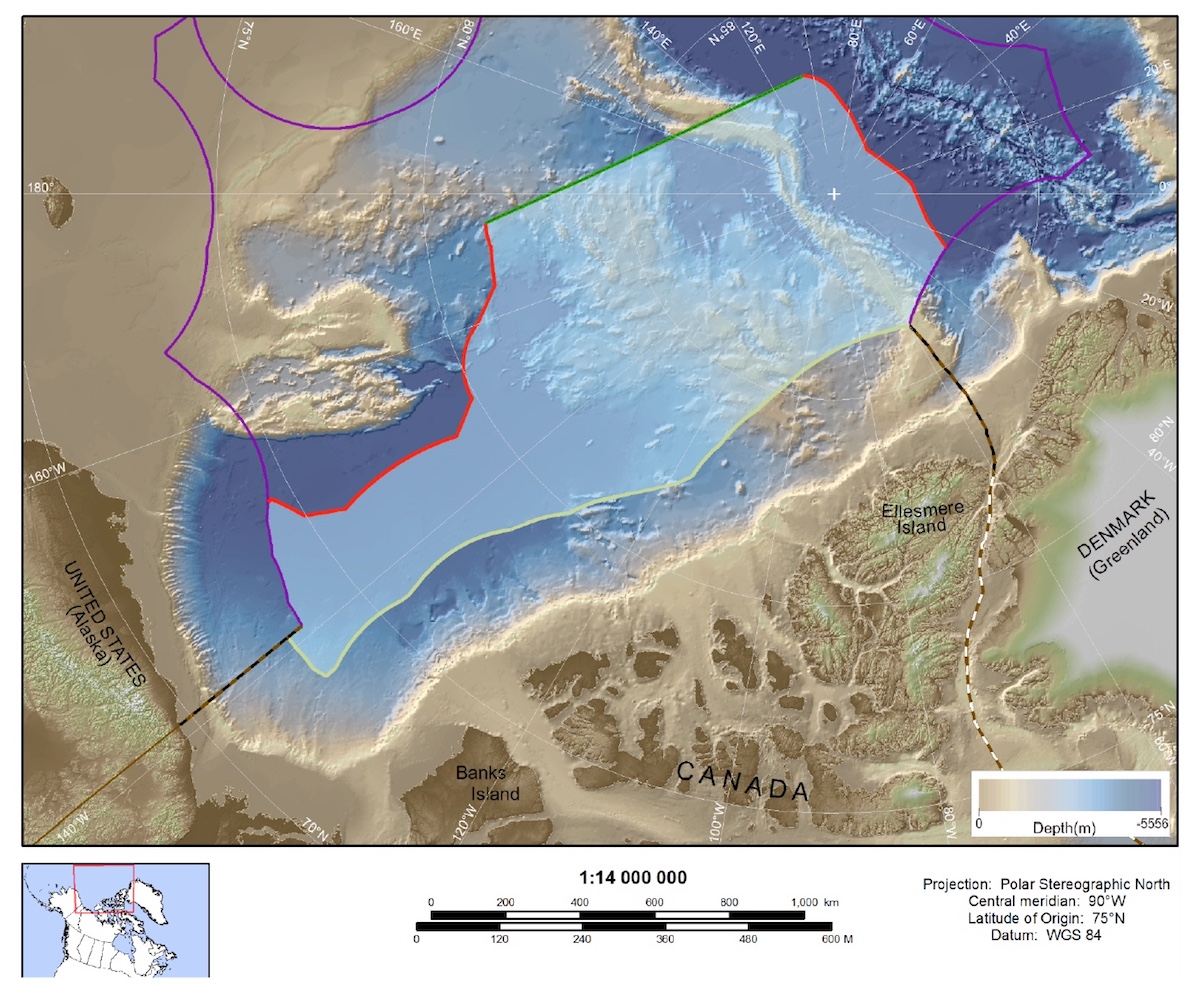 This map shows the outer limits of Canada’s continental shelf in the Arctic Ocean. The map is part of Canada’s submission to the United Nations Commission on the Limits of the Continental Shelf. Jonathan Wilkinson, Canada’s minister of fisheries, oceans and the Canadian Coast Guard, called this “a major step forward in ensuring Canada’s Arctic sovereignty.” (Image courtesy of the Government of Canada)

Canada is laying claim to 1.2 million square kilometres of seabed and subsoil in the Arctic Ocean—including the North Pole.

The case for this claim is laid out in 2,100 data-packed pages, filed with the Commission on the Limits of the Continental Shelf at the United Nations headquarters in New York on Thursday, May 23.

Global Affairs Canada said it was “a critical step to fully define the map of Canada.”

The submission is the first step in a process set out in the UN Convention on the Law of the Sea, generally referred to by its abbreviation, UNCLOS, to obtain international recognition of the ownership of the outer limits of the continental shelf in the Arctic Ocean.

Scientists believe there could be huge oil, natural gas and mineral reserves under these polar waters.

In 2003, Canada became party to the UNCLOS and embarked on a project to define the outer limits of its continental shelf in the Atlantic Ocean and Arctic Ocean.

In 2013, Canada filed a partial submission on its continental shelf in the Atlantic Ocean. 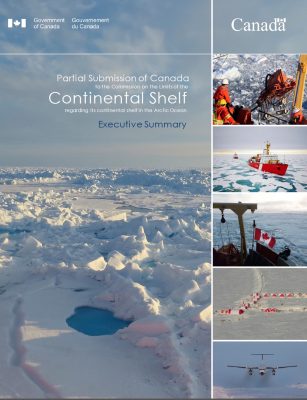 The summary of Canada’s submission to the Commission on the Limits of the Continental Shelf at United Nations headquarters in New York is under 50 pages, but still full of scientific data to back up Canada’s claim.

Determining the outer Arctic limits was not easy, notes the executive summary of the May 23 submission.

Canada faced the challenge of collecting data “in areas that are ice-covered, difficult to access, and, in most instances, had not been previously surveyed,” it said.

Work started in 2006 and finished in 2016, and “the windows of opportunity for data collection in the Arctic Ocean are short and difficult due to perennial sea ice cover, weather and reduced sunlight.”

During that period, Canada collaborated on 17 expeditions with the United States, Denmark, Sweden and Germany.

“Innovative use of technologies was also critical to enable collection of data in this harsh environment,” the summary said.

Under the UNCLOS, nations with Arctic Ocean coastlines like Canada, Russia, the United States, Denmark and Norway, can claim offshore seabed territory beyond the 200-nautical-mile limit if they can prove underwater geology shows the seabed is actually an extension of their land base, the continental shelf.

But the limit does not represent a political boundary and Canada’s submission overlaps in some areas with the submissions of other Arctic Ocean coastal states.

“All Arctic Ocean coastal states have committed to resolving continental shelf overlaps in a peaceful and orderly manner in accordance with international law,” Global Affairs said.

Michael Byers, an international law professor at UBC, said in a statement circulated on social media that “Canada’s submission “is reasonable and restrained.”

“It does not include the entire Lomonosov Ridge, and stays well away from Russia’s exclusive economic zone,” he said.

In 2014, Inuit called for more input into the UNCLOS claim.

While the submission summary does not mention Inuit, Chrystia Freeland, Canada’s minister of foreign affairs, said “defining our continental shelf is vital to ensuring our sovereignty and to serving the interests of all people, including Indigenous peoples, in the Arctic.”