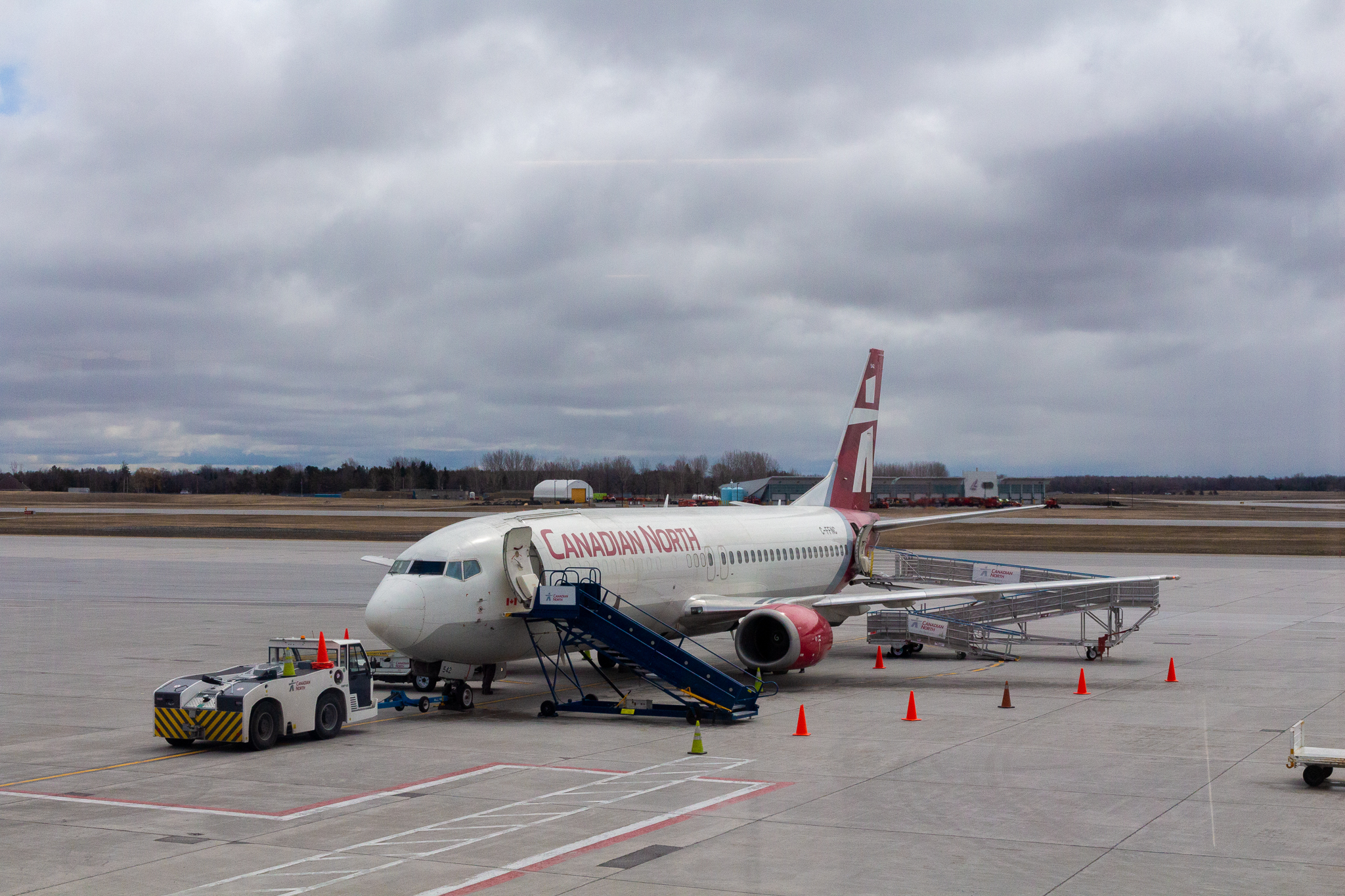 A spokesperson for Canadian North says its Ottawa cargo service is up and running at “normal capacity” a week and a half after a heavy storm knocked out power at its facility. (File photo by Jeff Pelletier)

Canadian North’s Ottawa cargo facility is back to running at “normal capacity” a week and a half after a storm knocked out its power, says spokesperson Kevin Kablutsiak.

A heavy storm slammed through the Ottawa area May 21, knocking down trees and leaving thousands of homes and buildings without power.

As of midday Tuesday, power had still not been fully restored across the city, according to Hydro Ottawa.

Canadian North got its power back on Friday. During the nearly week-long partial shutdown, the facility was only shipping “essential” cargo such as pharmaceuticals and medical supplies.

Passenger flights continued, with some delays, as the Ottawa airport’s terminal was powered by a backup generator before its regular electricity was finally restored.

“The storm had impacted the Cargo team causing them to have to work through some very challenging conditions without power at the facility as well as in their homes,” Kablutsiak said in an email.

“They were able to keep essential cargo moving with power coming from small generators to get minimum lighting.”

The facility reopened to cargo customers Sunday, according to a statement from the airline.

Kablutsiak said there was a backlog in the shipment of cooler and freezer products as the airline’s equipment was mostly out of service. Those products were held with suppliers.

“Currently, we are happy to back to full operation and power has been restored to the facility,” he said.