Cause of Iqaluit’s dump fire unknown

‘It could’ve been anything that was put into the landfill,’ says fire chief 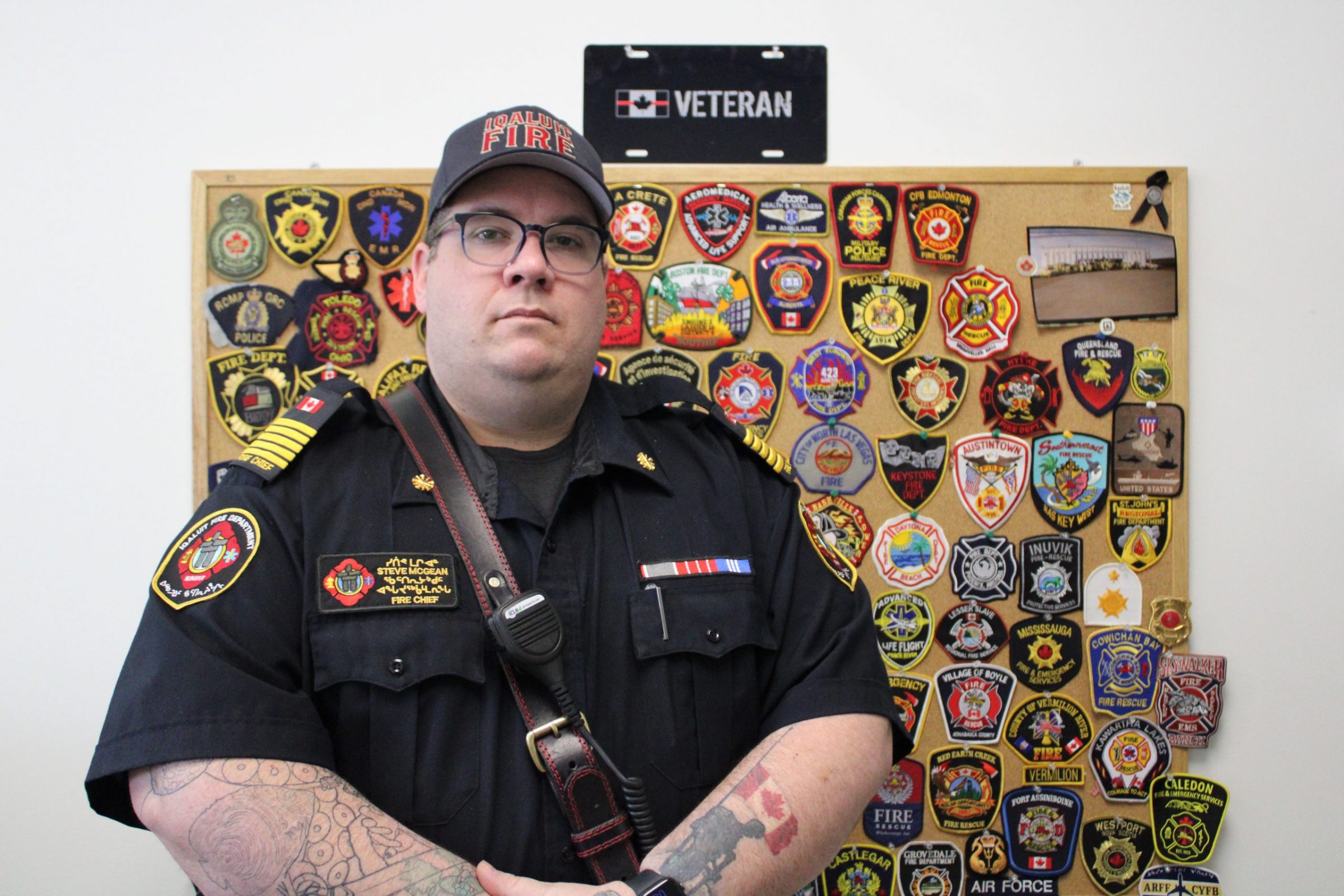 Iqaluit Fire Chief Steve McGean said he’s thankful the city’s emergency responders were able to get together and put out a 10-hour-long fire at Iqaluit’s dump on Wednesday. (Photo by David Venn)

The fire involved an area about 10 metres by 10 metres, but the emergency responders flattened and sprayed a 30-metre by 50-metre perimeter to make sure they didn’t miss any hot spots, said fire Chief Steve McGean.

“We went and got to basically the seat of the fire, where the fire would’ve started, to make sure everything was nice and saturated and that there’s going to be no more reflares,” McGean said in an interview Thursday, a day after his department fought the nearly 10-hour blaze.

Firefighters were called out early in the morning after the city received reports of a blaze at the dump Wednesday at around 2 a.m.

City staff from public works and municipal enforcement joined them, and the airport lent a mobile command post for the response team to use to stay warm.

Nunavut Excavating joined the cause with an excavator, scooping up piles of garbage and spreading it out on the ground so firefighters could spray it with water, McGean said.

Once they spread a few piles of garbage out with the excavator, they ran over it with a bulldozer and sprayed it some more, he said.

The fire department treated it as another department would a forest fire — firefighters tried to separate what was fueling the fire from the actual fire itself until they got to its root at about three metres deep.

The cause of the fire is unknown, McGean said, and it will probably stay that way.

“It was a little bit deep-seated, we’ll have no way of truly pinpointing the exact cause of it,” he said. “It could’ve been anything that was put into the landfill.”

There have been several fires at the dump over the past 10 years, including 2014’s so-called “dumpcano,” which lasted throughout the summer.

McGean said he could not speculate on what has caused each individual fire or the one Wednesday, but that there may be basic science to it.

“As we know, when things compost, heat gets thrown off, and if there’s anything close to that heat that can ignite … it can flare up at any given time,” he said.

The City of Iqaluit is currently building a new dump west of the Upper Plateau, and McGean said there will be a sorting system in place that should help fireproof the dump.

He commended the response team for putting out the blaze in less than 10 hours.

There was a fire watch overnight Wednesday to look for flare-ups, and Thursday afternoon McGean was headed back out to inspect the area one more time.

“If I don’t see anything out there today, I could release the scene … and normal procedures [can continue] as per every regular day,” he said.

On Thursday afternoon, the city issued a public service announcement to say normal activities at the landfill are scheduled to resume on Saturday.