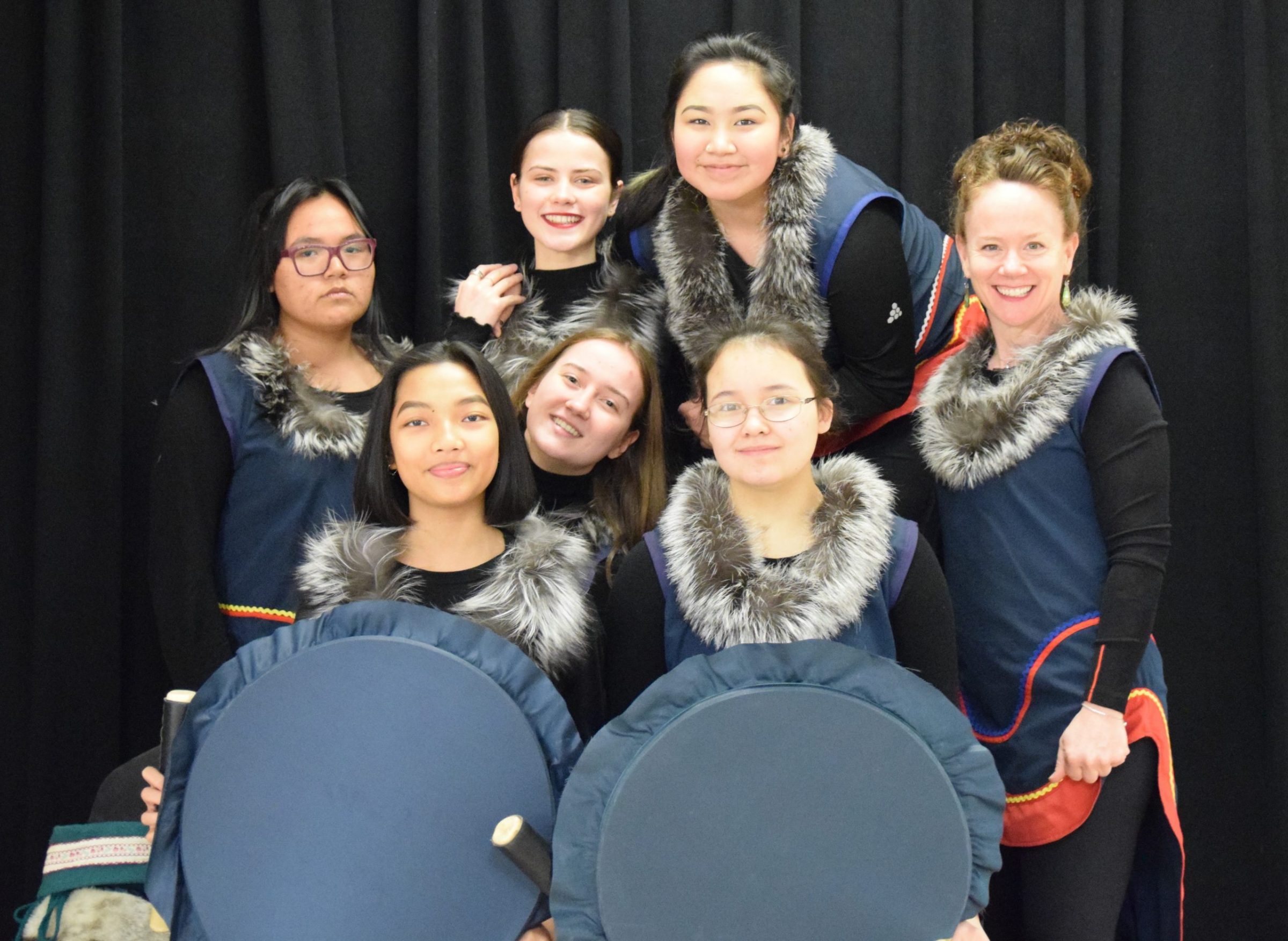 Music saves lives in the city of Iqaluit, and Mary Piercey-Lewis knows it.

She’s a music teacher at Iqaluit’s Inuksuk high school, and one of five educators across Canada up for a MusiCounts Teacher of the Year award. MusiCounts is a national musical education charity affiliated with the Juno Awards.

Piercey-Lewis said when she first came to Nunavut, she noticed there was no music curriculum. So she has spent the past 20 years working to change that by researching, transcribing and teaching the music of Nunavut to students.

Piercey-Lewis offers three separate programs at the school: the choir, the guitar program and the concert band program.

“The reasoning for doing Inuit music in an Inuit school is about fostering self-esteem, self-worth and confidence with students,” Piercey-Lewis said.

She said she hopes for that confidence to spread into her students’ daily lives and make them proud of who they are and where they are from.

Piercey-Lewis has had students who have suffered traumas, and some with PTSD. She calls her music programs a “safety-net” against these issues.

“If they didn’t have the choir, and that group and the music, things in their life may have fallen apart at that time,” she said, adding she’s sure some do still struggle, but “the foundation we had was there to support them through it so that they didn’t take their lives.”

For her music programming, Piercey-Lewis draws not only from Inuit culture, but French and other western influences.

In one of her classes, students can pick up almost any instrument they choose and stick to it for a number of years. Others have been able to use the Inuit curriculum to relearn Inuktitut.

“My program is huge, kids are drawn to it and excel from it,” says Piercey-Lewis.

Piercey-Lewis is still connected to all her students, past and present.

She pointed with pride to some former students who have received acclaim for their music, including Rita Claire Mike-Murphy, also known by her stage name, RIIT.

RIIT has gone on to release music with Six Shooter Records and was nominated for a Juno Award last year. She also hosts APTN’s children’s series Anaana’s Tent.

As for Piercey-Lewis, she has a new textbook in the works and is producing a CD with her choir, scheduled to release in July.

She’ll find out if she wins the MusiCounts Teacher of the Year award in May.

If Piercey-Lewis wins, her prizes will include a Juno statuette, $10,000, and a donation to the Inuksuk school’s music program.