“We’re all in the same war, we just have different battles. You’re not alone.” 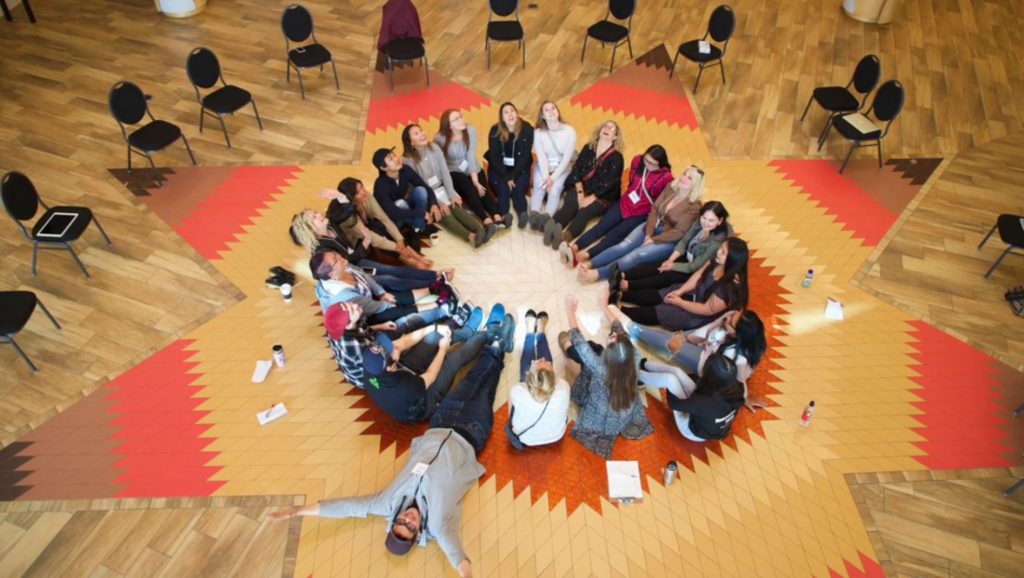 Circumpolar youth involved in the Arctic Council’s Project CREATeS participate in a workshop, as seen in a documentary produced about the project. (Screenshot)

Jordan Shields, who lives in Kuujjuarapik with his newborn baby, has been sober for nearly three months.

But it hasn’t been easy for the 27-year-old.

“Now I enjoy living here, but back then I didn’t really enjoy it. Today I’m thankful that I’m here. It was hard. I lost one of my best friends to a suicide. I lost my father from suicide, my uncle from suicide,” he told Nunatsiaq News.

Shields was one of 45 youth who participated in the Arctic Council’s Project CREATeS. The project brought youth from across the circumpolar world together to share their stories of resilience and suicide at workshops held in Canada, Finland and Greenland over the past two years. 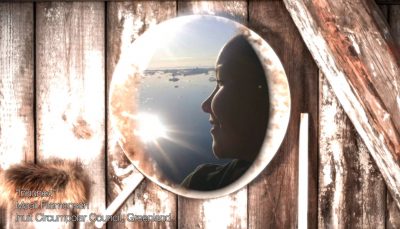 Maali Filemonsen, an Inuk youth from Greenland, is one of the participants in Project CREATeS. (Screenshot)

Participants recorded their stories, which are now available online after Project CREATeS launched its website on July 8.

“I enjoy living here because I can get out to go hunting.… I don’t hunt that much now, but when I get the chance I’ll go. I get to feed my family, get to see people smile, know that they will eat country food that I provided,” Shields said.

Hunting has changed for Shields, though, ever since his hunting buddy died from suicide. The two of them would plan out every detail of hunting trips, share their resources and knowledge, and talk about how to hunt better.

“One time we went out with two other friends, we all chipped in for gas and equipment.… We realized when we got there, we forgot our tent and we only had the tent cover. Luckily it was during the summer because if it was during the winter we probably would’ve gotten really cold.… It was kinda cold, but it was alright when we got up and did our things. We started laughing the next day,” Shields remembered.

Shields shared a video with Nunatsiaq News that he is working on inspired by Project CREATeS. The video shows pictures from around Nunavik of people who have died from suicide. Shields asked people to share pictures of their loved ones that show them smiling.

The video shows a lot of smiling faces: Children with parents, aunties, uncles and cousins, teens, and young adults. Some are dancing or laughing; some wear sweatpants and hoodies, others wear sealskin vests and bowties.

There are glam-shots for social media, and a man in a camouflage jacket with a rifle slung over his shoulder, giving a smile and a thumbs up. In the background, instrumental music with a cello swells as the slideshow plays.

“The video is people from all over Nunavik … to have a memory of all these people, and you can see all their smiles—they were happy to be alive,” Shields said.

“Sharing your part of the story might actually help somebody else. For me, I never really liked listening to stories, but I gave it time,” he said.

Participating in the Ottawa workshop of Project CREATeS helped him realize the power of talking, Shields said.

“We’re all in the same war, we just have different battles. You’re not alone. Call somebody—your brother, your mom, your sister, your dad—just speak to somebody.… And after you’re done you feel much better, you can say thank you, and that person will be like, ‘Thank you for what?’” Shields laughed. 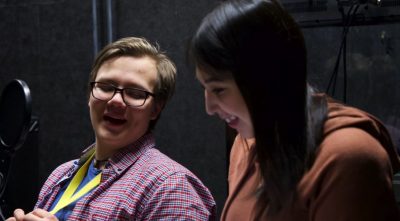 Juhan Nikolaus Wuolab Wollberg, a Saami youth from Sweden, is seen with Melody Teddy, an Inuvialuit youth from Tuktoyaktuk. (Screenshot)

Melody Teddy is an Inuvialuit youth from Tuktoyaktuk. Teddy, 22, said she participated in the Finland workshop earlier this year.

She has already been an active advocate and speaker for suicide prevention, but Teddy said the workshop gave her new focus and energy.

“It helped me realize with seeing the big picture … the realization where we’re at with society, instead of focusing on—why are people doing this?” Teddy said.

Teddy teamed up with a Saami youth to make a video, which is now posted to the Project CREATeS website.

The pair take turns narrating the video, which begins, “We are born into two worlds. We are the generation born after the colonized generation. Modern and traditional. Academia or family.”

The video continues, “Who are we? Where do we fit? Too modern for our cultural world. Too traditional for a southern world. What is missing? It feels like a piece is missing….”

Teddy said she has been comfortable speaking about suicide since she was 13. That’s when her mother sat her down for a talk.

“She made it pretty clear what it is, helped me understand it, if I ever want to hurt myself, then don’t be scared to talk about it.… The only thing you can really do is be there for people and spread the word to try and help,” Teddy said.

Project CREATeS helped youth tell their own stories, she said.

“It helps you share what you’re feeling in a short clip. It’s not really hard to do, and it helps youth feel like we’re being heard, and listened to.”

There are currently 37 videos posted to the Project CREATeS website.

One video from Nunavik shows a young Inuk woman with a toddler on her lap, face-to-face. The woman teaches her throat singing, while the little girl plays with the woman’s lips and tries to mimic the sounds.

“My nieces and nephews give me a rush of pride and joy, the same sense I feel when I breathe the freshest air in my home community,” the woman said.

Another video from Nunavik shows caribou, geese and ptarmigan on the tundra.

“They’re lucky to be Inuk in our region,” the narrator said. “Why? Well just take a look.… No matter how isolated we feel, we just feel more free in our land. I love it.” 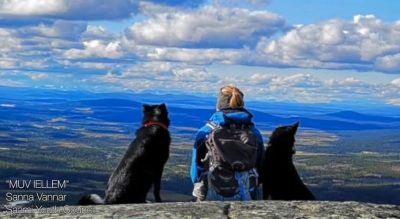 Sanna Vannar with the Saami Youth Council is another youth involved with the CREATeS Project. (Screenshot)

Digital storytelling has been proven to be an effective way to share experiences about suicide, said Monica Ell-Kanayuk of Iqaluit. She’s the incoming president of the Inuit Circumpolar Council, a permanent member of the Arctic Council.

“Now that the stories are online they are being shared with the global community.… It allows greater discussion, and it allows Inuit youth who are struggling with [suicide] to know they are not alone,” she said in an email to Nunatsiaq News.

Project CREATeS plans to hold future workshops, but the details have not yet been released. The project will also be featured at the Inuit Studies conference in Montreal in October.