City of Iqaluit applies for $7M to upgrade Akilliq Drive 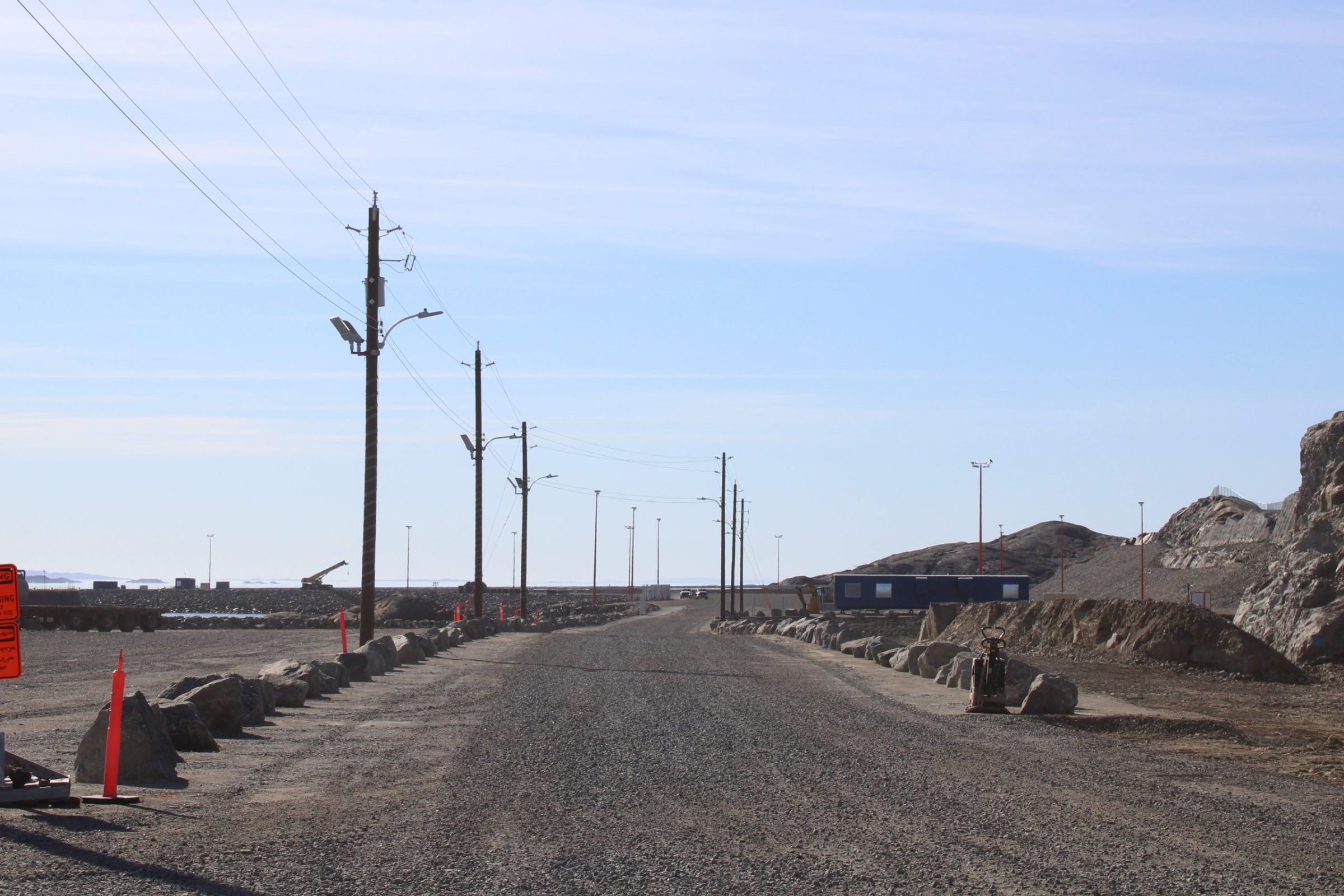 The City of Iqaluit has applied for federal money to upgrade and pave Akilliq Drive, shown here. (Photo by David Venn)

The city has applied for a $7.3 million federal grant to upgrade and pave Akilliq Drive, the road by the Causeway Bay boat launch and future deep sea port.

The project in total will cost $9.7 million, with the city and Government of Nunavut paying about $2.4 million, said Iqaluit chief administrative officer Amy Elgersma during Tuesday’s city council meeting.

The upgrades are necessary because the road’s width doesn’t meet city standards, it doesn’t have proper drainage and it cannot handle boaters and sealift operations.

“Once the new port opens and without the upgrades, we’re concerned an increase in port traffic will mean offloading will be slow and congested,” she said. “We expect conflicts with port traffic and local boating traffic.”

City spokesperson Aleksey Cameron did not reply to Nunatsiaq News’ questions about when the city sent in its application, or when it’s expecting to hear back.

The federal government has set aside $4.6 billion for Transport Canada’s National Corridors Fund.

It’s available for projects that “increase the flow of trade in and out of Canada” by improving airports, railways, access roads and ports, according to a Government of Canada website.

At the meeting, Elgersma said Akilliq Drive connects Iqaluit to southern Canada and is integral to the city’s supply chain, specifically for construction material.

Elgersma said she expects the tender for the project to go out in January 2023 and construction to start that summer, if the funding application is approved.