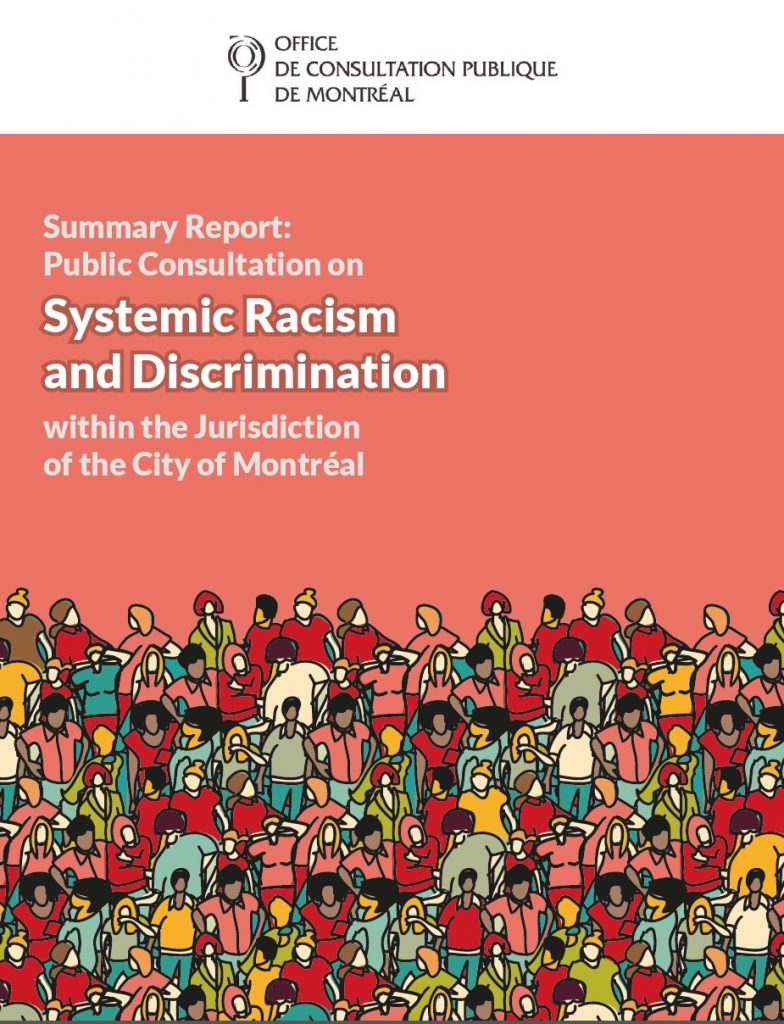 A new report from the City of Montreal’s independent public consultation office makes recommendations to improve services to First Nations, Métis and Inuit who live in Montreal. (Screenshot)

The City of Montreal says it plans to take action to improve its delivery of services to Indigenous residents, following the release of a report that provides 38 recommendations to help address systemic racism and discrimination in the city.

“Thanks to this report, we have a roadmap to guide our efforts,” said Montreal Mayor Valérie Plante during a news conference on Monday, June 15.

Plante announced that the city would create a new position: a commissioner for the fight against racism and discrimination.

As well, Cathy Wong, a former municipal council president, was named to be responsible for diversity, employment inclusion, the French language, and the fight against racism and discrimination on the city’s executive committee.

The report, produced by the city’s independent public consultation office and its commission on systemic racism and discrimination, is written in French and runs to 252 pages. It’s accompanied by a shorter English summary. Consultations held during the lead-up to the report received input from more than 7,000 in-person and online participants.

“The analysis of the documentation provided and accounts heard lead the commission to conclude that the lack of formal recognition of the systemic nature of the racism and discrimination victimizing racialized groups and Indigenous peoples prevents the city from equipping itself with the necessary tools to really tackle the problem,” said Dominique Ollivier, who heads the independent public consultation office, in a news release.

The report’s recommendations, several of which deal with Indigenous residents, aim to change that state of affairs.

According to 2016 data from Statistics Canada, 12,035 people identified as Indigenous in Montreal, a population that increased by 211 per cent between 2001 and 2016.

Since 2016, the number of Indigenous residents has increased again, but in 2016 about 675 Inuit were living in Montreal.

The commission’s report recommends that the city, together with Indigenous organizations, better adapts municipal services to Indigenous persons, no matter where they live.

The commission’s report also calls for a review of grants for municipal projects to see if biases or organizational practices are putting Indigenous groups at a disadvantage.

The commission also said the Montreal police need to collaborate more with the city’s Indigenous groups in order to reinforce the work of its Indigenous liaison officer.